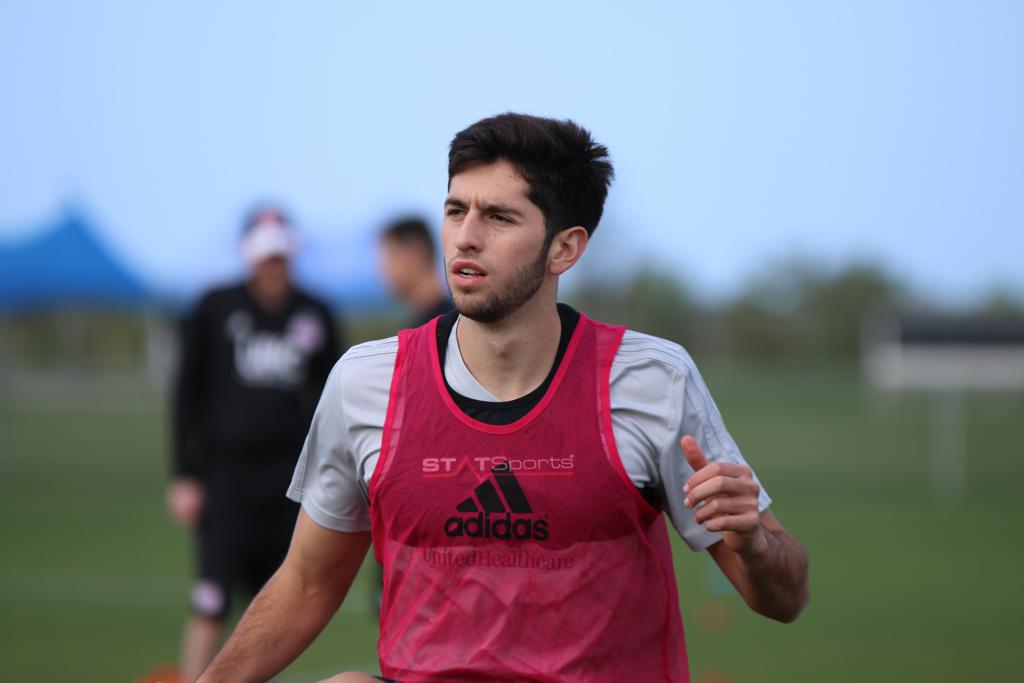 As Las Vegas Lights FC continues to reinforce its roster for a crucial mid-season United Soccer League push, the club on Monday added 22-year-old defender Nico Samayoa to the mix.

Samayoa was selected by Revolution in the fourth round of the 2018 MLS SuperDraft, and is a native of Guatemala City, holding dual citizenship from Guatemala and the United States.

“We like that he will be the first professional to play in Las Vegas who is from Guatemala,” Lights FC Technical Director Chelís said. “His characteristics, I think they really fit on this team. He’s a center back who steps out, is always defending to the front, and can also play with the ball. He’s vertical with his passing and dribbling and can also attack.

“He’s an uncommon center back, which is the kind of center back we like. When he has the ball, he’s thinking ‘attack,’ not just passing.”

Prior to beginning his professional career this spring, Samayoa was a 4-year standout at Florida Gulf Coast University, three times earning All-Atlantic Sun Conference honors. He was named the Atlantic Sun Defensive Player of the Year in 2017 as a senior.

In Las Vegas, he’ll join a back line anchored by team captain and Mexican National Team veteran Joel Huiqui. That unit has been a strong suit so far this season in USL play for Lights FC (3-4-4, 13 points). Samayoa becomes its second addition in recent weeks, along with LigaMX veteran Rodrigo Iñigo, who will be eligible to play for the club following the July 10 opening of the U.S. Soccer Federation’s International Summer Transfer Window.

Lights FC is coming off of an offensive breakout performance in last Saturday’s 4-1 home victory over Colorado Springs Switchbacks FC, and is back in action twice this week – Wednesday at 7:30 p.m. on the road against Phoenix Rising FC, then Saturday at 8 p.m. back at Cashman Field vs. Seattle Sounders FC. Both matches will air locally on myLVTV, and stream nationwide on the ESPN+ app. Tickets for Saturday's match start at just $15, and are available at LightsFC.com.