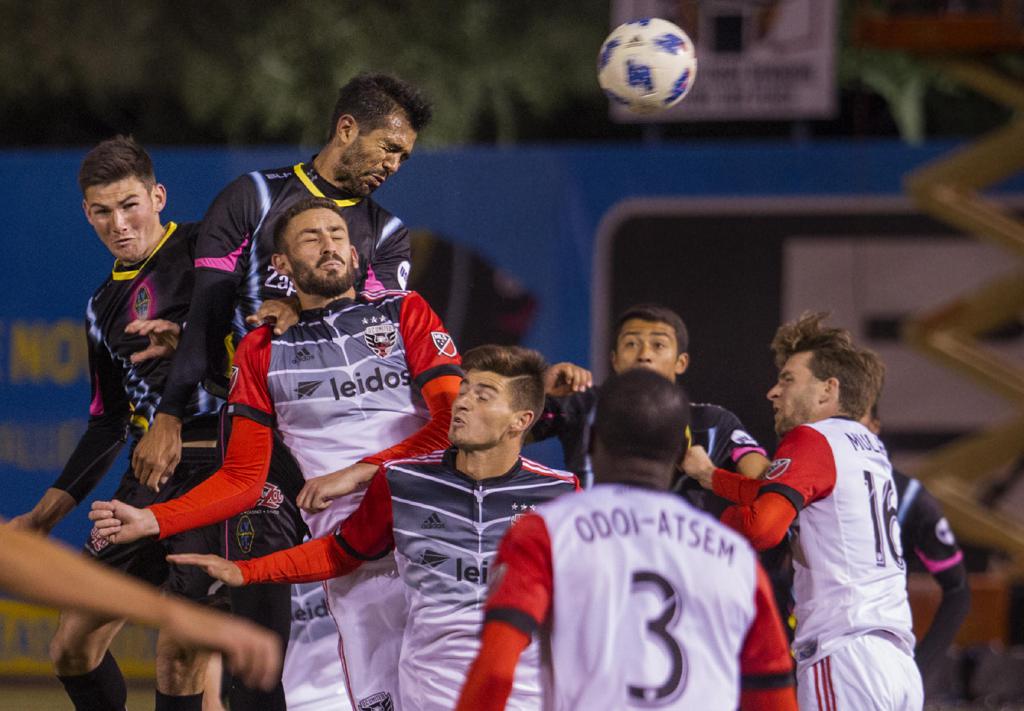 Above all else, Las Vegas Lights Football Club (FC) proved in its first Soccer Spring Training that the unexpected can be expected all 2018 at Cashman Field.

All eyes on the Lights FC side are pointed straight ahead, though, as the club now begins final preparations for its inaugural regular season in the United Soccer League (USL). The season opener comes Saturday, Feb. 17, at Fresno FC. One week later, on Saturday, Feb. 24, at 8 p.m., Cashman Field hosts its first USL match when in-state rival Reno 1868 FC comes to town for the first of three 2018 showdowns.

"These are MLS teams, they have players who play for their national teams, they are stars," Lights FC defender Miguel Garduño said. "We are players who want to take back our careers, keep working step by step and start winning. Everyone will be happy. The team, the coach, this will be a good show for the people.

"We haven't won yet, but if we keep working like we are, in the (USL regular season), we're going to have good games and start winning."

For the second straight week, Lights FC provided its offensive dramatics in the second half. Like last week, it came with the club trailing its MLS visitor by a count of 2-0.

And once again, it was Juan Jose Calderon who got the damage started, scoring once again on a penalty kick in the 52nd minute. After D.C. United added another tally to stretch the lead back out, Garduño scored from up close in the 86th minute off of a beautiful cross from Freddy Adu, who made his preseason debut for Lights FC after checking in in the 61st minute. It was the first assist recorded in club history.

Adu almost made it a night to never forget in the 89th minute, when a point blank look from straight on sailed just over the crossbar - a snipe which would have tied things up had it flown about a foot lower.

Lights FC certainly had its highs and lows in an entertaining preseason. The highlights included the offense coming to life in the second and third legs of Soccer Spring Training, creating several prime scoring chances after being shut out in the preseason opener against Montreal Impact. Plus the entire month being played in front of raucous, energetic crowds at Cashman Field, providing plenty of energy for the team to feed off of.

Now it's right back to work to try and smooth out the rest, with the real thing just around the corner as the calendar turns.

"This is our best opportunity and this is our only one - that is how big and important it is for me and the team," Lights FC head coach Chelís said. "I have many responsibilities and many things to solve. I'm very sure I'm going to handle it and correct it."

In front of yet another strong home crowd at Cashman Field, Las Vegas Lights FC closed out its inaugural Soccer Spring Training against Major League Soccer's D.C. United. Despite two second half scores, Lights FC fell, 4-2, in its final test ahead of the 2018 USL regular season's start in March. (L.E. Baskow / Lights FC)