LIGHTS FC KICKS THINGS OFF AT CASHMAN FIELD IN STYLE IN FRONT OF SELLOUT CROWD OF 10,387 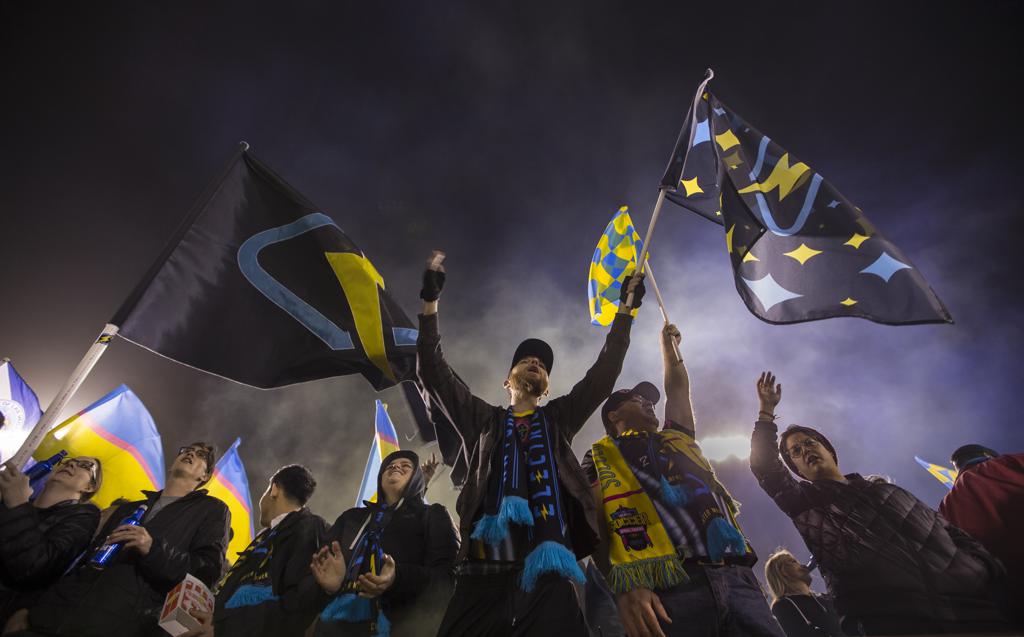 Fans get fired up during the early minutes of Lights FC's Soccer Spring Training opener vs. Major League Soccer's Montreal Impact, which was played in front of a sellout crowd of 10,387 at Cashman Field on Saturday, Feb. 10, 2018. (L.E. Baskow / Lights FC

The Las Vegas community showed in a big way Saturday night just how hungry it has been for professional soccer, showing that desire in the form of a sell-out, standing-room-only crowd of 10,387 for the club's Soccer Spring Training opener at Cashman Field.

Las Vegas Lights Football Club (FC) dropped its first ever match on its home turf to Major League Soccer's Montreal Impact, 2-0, with Montreal getting two goals through in the 63rd and 65th minutes. To that point, however, Lights FC looked the part of a club who belonged on the pitch with an MLS club.

"The difference between an MLS and USL team, that's a positive thing for us - We are a USL team, and in very, very long periods of the game, you couldn't tell who was the MLS and who was the USL team," Lights FC head coach Chelís said. "Our team has this big personality and wants to face anything, any opponent. They have the desire, they have the energy. We have to give a spectacle, but with a serious, responsible way of play."

Goalkeeper Ricardo Ferriño made himself plenty of fans in the first half of the match, with both stellar play and the additional flair he threw in while keeping the net clean.

However, Montreal broke through in the 63rd minute when Michael Salazar punched in the night's first score. An own goal followed two minutes later, and Lights FC was forced to play a man down for the match's final 22 minutes after Ferriño was given a red card in the 68th minute.

But playing a man down to close the show, Lights FC was able to create a few quality scoring opportunities and maintain competitive balance.

"We wanted to possess the ball and play on the floor, on the ground," Lights FC defender Marcelo Alatorre said. "In the end, it was long balls. We didn't know much about Montreal. It's an MLS team, they play very hard and very physical. We were fighting for every ball, trying to win the ball and find those spaces. We had several opportunities, I'm surprised the final score was what it was. We can still improve, and there's time to make adjustments before the (USL regular season) begins in March."

Despite the result on the field, the most notable part of the night was the magic in the stands, as the club played in front of a passionate home crowd that showed up early and maintained energy throughout.

For Lights FC players who have known the Las Vegas soccer community for years, it was hardly a surprise.

"Before the starting 11 took the field, we looked and said 'look at this environment we're in," Lights FC midfielder and Las Vegas product Julian Portugal said. "It was really motivating. This is what I was expecting. The Vegas community has wanted pro soccer for a long time. I knew it would be a packed house. I had a lot of friends and family in the stands. I couldn't even see them."

Lights FC does it all again next Saturday at 8 p.m. at Cashman Field, as Vancouver Whitecaps FC comes to town for the second leg of Soccer Spring Training.