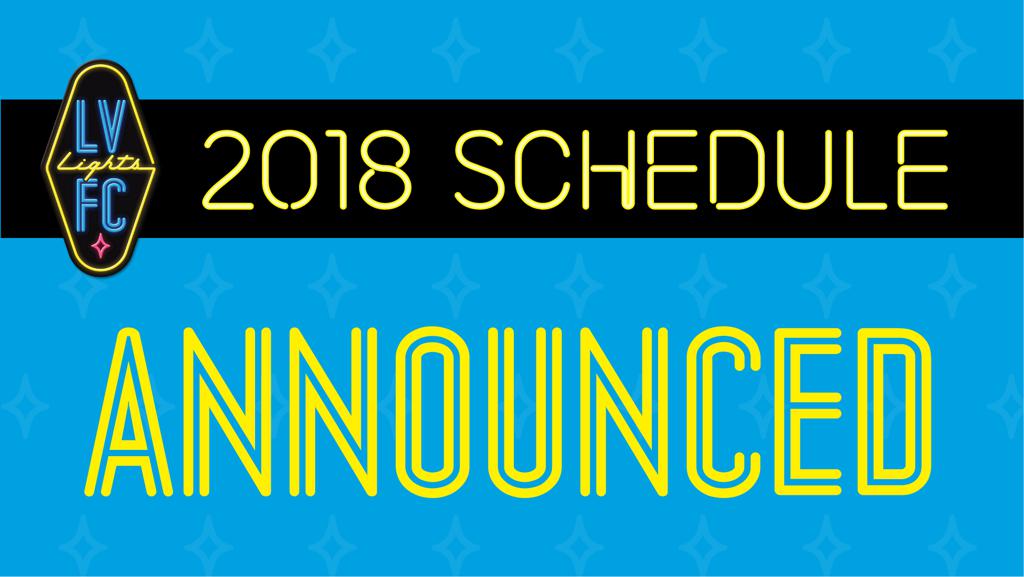 Of the 17 Las Vegas Lights Football Club (FC) regular season "soccer parties" the club will host at Cashman Field, 15 of those will be weekend matches with 8 p.m. start times.

Some of the schedule's highlights include:

"All along, we've promised a soccer party in Downtown Las Vegas, and now with the dates and times unveiled, no one should have an excuse not to come down to Cashman Field and give at least one Lights FC home match a chance," Lights FC Owner & CEO Brett Lashbrook said. "We are going to provide a soccer experience that is unmatched in the United States, and all of our games are priced to be accessible to everyone in Las Vegas. We can't wait to get it all started in just a few weeks." 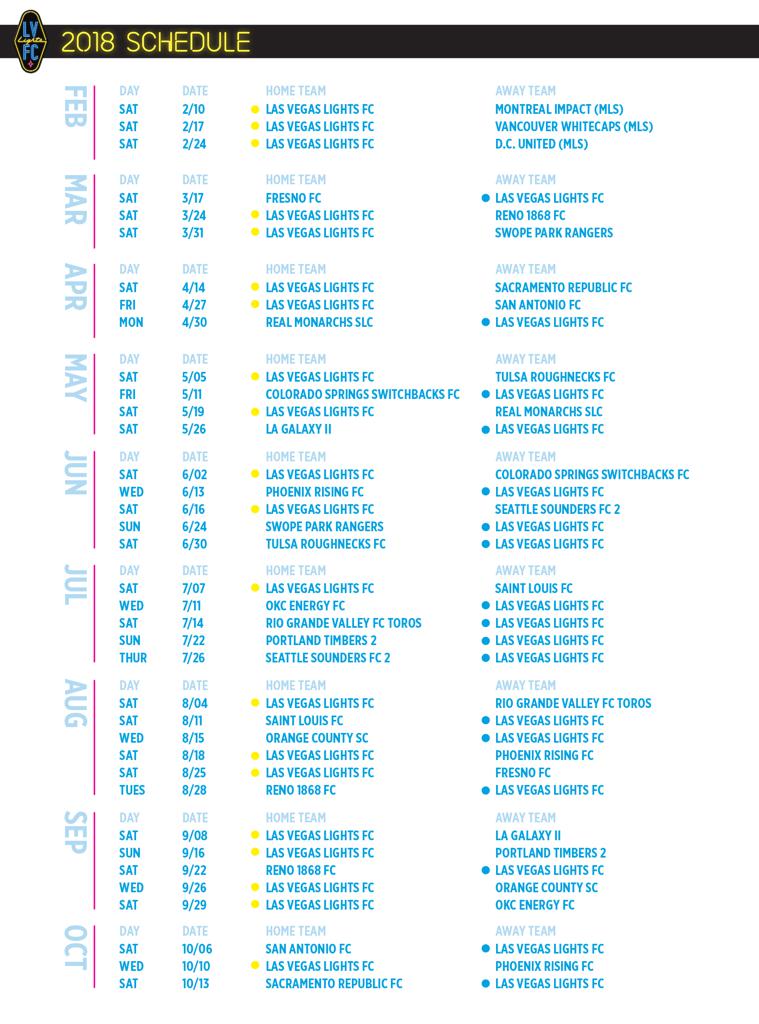