Season Re-Starts July 25th on the Road with Opening Week Re-Match Against San Diego Loyal Before August 1st Home Opener Against “That Team Up North”;

Las Vegas (NV) -- After 140 days between matches due to COVID-19, the Las Vegas Lights FC are set to take the field again on July 25th.  The match will feature a familiar opponent in San Diego Loyal who Lights FC played to an entertaining 1-1 draw in their only previous match of the season on March 7th.  Now, more than four months later, the two teams are scheduled to meet again when Las Vegas Lights FC becomes the first local professional sports team to return to action following the onset of coronavirus.

Lights FC will then return home to Cashman Field on August 1st to face Reno 1868 FC in its home opener as part of the annual Silver State Cup competition.  The full 2020 Lights FC schedule is below:

Due to the current coronavirus, and the State of Nevada’s current restrictions on sporting events, all Lights FC home matches will be played at Cashman Field without fans in attendance until further notice.  However, all home & away matches will air live on ESPN+ streaming service.

“This is all unprecedented and new to each of us.  There is no specific roadmap for how to react to the virus.  We obviously have our eyes wide open and will be taking a multitude of new steps this season to ensure the health and safety of our players, staff and fans,” said Lights FC Owner & C.E.O. Brett Lashbrook.  “We are obviously very excited to have fans return to Cashman Field, but we fully understand that will take more time.  Regardless, we’re excited to help bring a small sense of ‘normalcy’ back to our community with the return of professional sports on television.”

Due to COVID-19, the United Soccer League has modified the League structure for the 2020 season.  Specifically, instead of all 35 USL Clubs being split into two conferences, the rest of this season will feature eight regionalized divisions to limit cross-country air travel.  Lights FC has been assigned to Group B featuring Los Angeles, Orange County, Phoenix & San Diego. 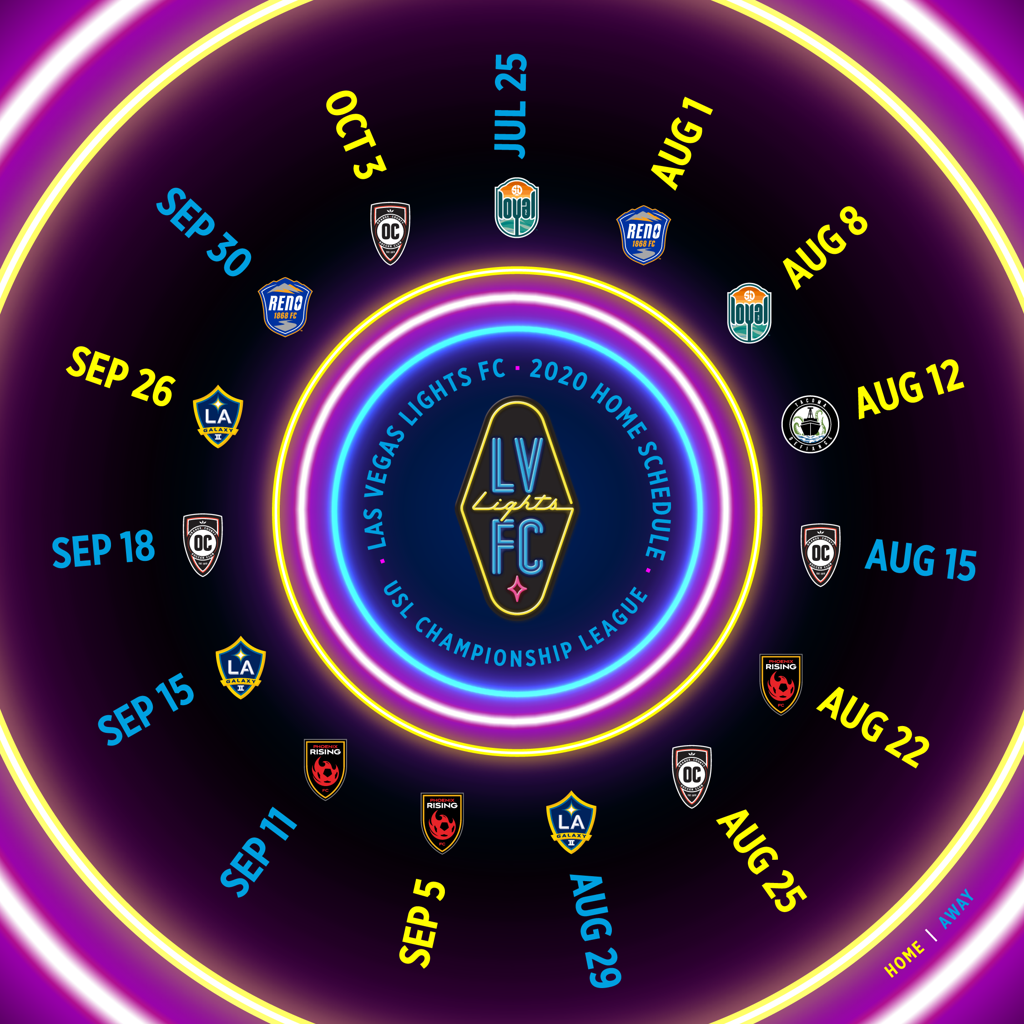