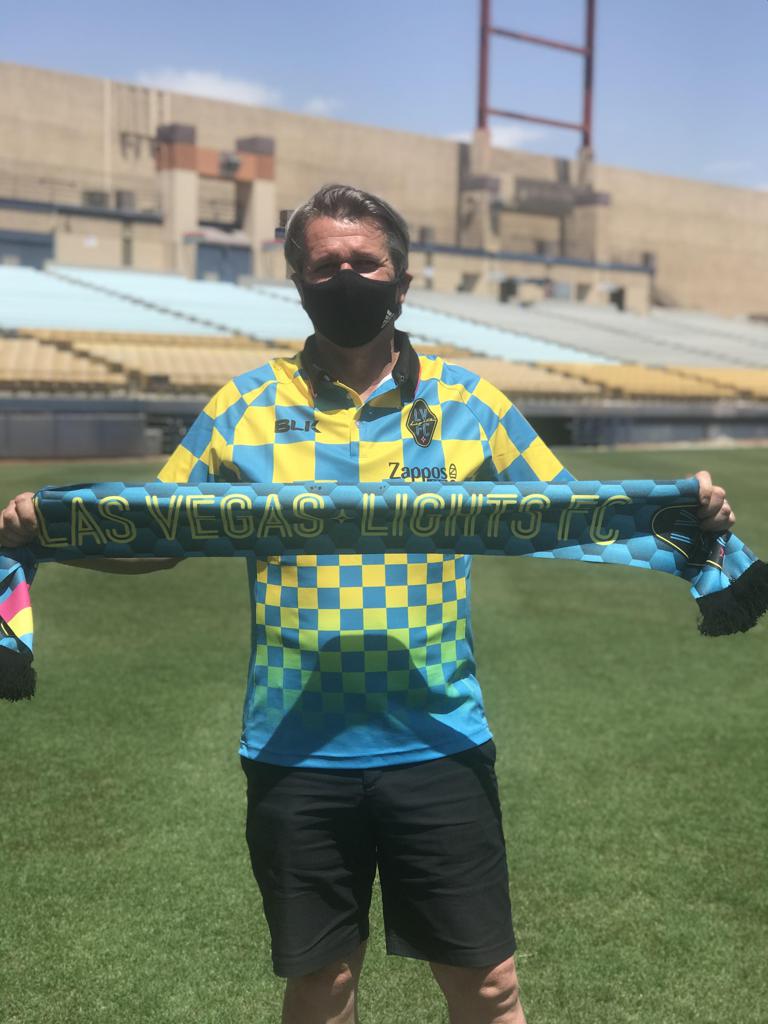 June 29, 2020 (Las Vegas, NV) -- The Las Vegas Lights FC announced today the hiring of one of the most successful coaches in American soccer with Frank Yallop being named Head Coach for the remainder of the 2020 season.  At Yallop’s choice, he will not be pursuing the permanent position once the season concludes.

Yallop, 56 years old, is one of only four coaches in MLS history to be named Coach of the Year more than once (along with former U.S. World Cup National team coaches Bruce Arena & Bob Bradley). He also previously served as head coach for Major League Soccer’s Los Angeles Galaxy, San Jose Earthquakes and Chicago Fire, as well as United Soccer League’s Phoenix Rising.  He most recently served as General Manager at Fresno FC which finished third out of 17 teams in the Western Conference last season.  In addition, Yallop has won two MLS Cup championships in his career.

“I am really excited that Frank will be leading Lights FC this season.  His resume and experience speaks for itself,” said Lights FC Owner & C.E.O. Brett Lashbrook.  “My conversations with Frank this week have opened my eyes to the multitude of short and long-term benefits of this arrangement.  It allows us to immediately get back to work on winning matches this season while providing more time for a comprehensive long-term solution.”

Yallop started his decorated career as a successful player, including multiple seasons competing in England’s Premier League before coming to America to help launch Major League Soccer in its inaugural season.  The British born & Canadian raised Yallop also previously served as head coach of the Canadian National Team and is a current member of the Canadian Soccer Hall of Fame.

“I’m excited and can’t wait to get started,” said Yallop.  “There is a great opportunity here to build upon the foundation set by Lights FC and its great fanbase.  I know I can bring stability and insight into the Club and help position it for long-term success.”

Lights FC is expected to resume the 2020 United Soccer League season in mid-July. The League is planning to release its revised 2020 match schedule in the coming days. Further, the League has announced a restructuring of its conference format into regional divisions for the 2020 season with Lights FC paired with Phoenix, San Diego, Orange County & Los Angeles.

Lights FC currently has a 0-0-1 record after playing its season opener on March 7th in a 1-1 draw at San Diego Loyal SC where Las Vegas out shot its opponent by a 21-2 margin.

“Frank agreeing to serve as our ‘caretaker manager’ for this season is a perfect solution to what was initially a difficult situation in the last week when our head coach position unexpectedly became vacant.  First, hiring Frank sends an unmistakingly clear message that we are taking the current season very seriously and this quickly puts us back into a position for immediate success,” said Lashbrook.  “Second, it gives me time to do a more comprehensive search for our next full-time head coach — a decision that is absolutely vital.  It is paramount we find someone that is committed to growing Lights FC long-term.  Simply put, making that important decision under a time crunch in the middle of the season, during a global pandemic, wasn’t placing us in the best position for long-term success.  I’m also excited to have someone with Frank’s great coaching experience to give me a candid assessment on all aspects of our soccer operations department this season to continue helping us grow.”

The search for the Lights FC permanent head coach will be completed after the current season.