Las Vegas is one of thirty-two teams from Championship, League One that will square off online in month-long tournament. 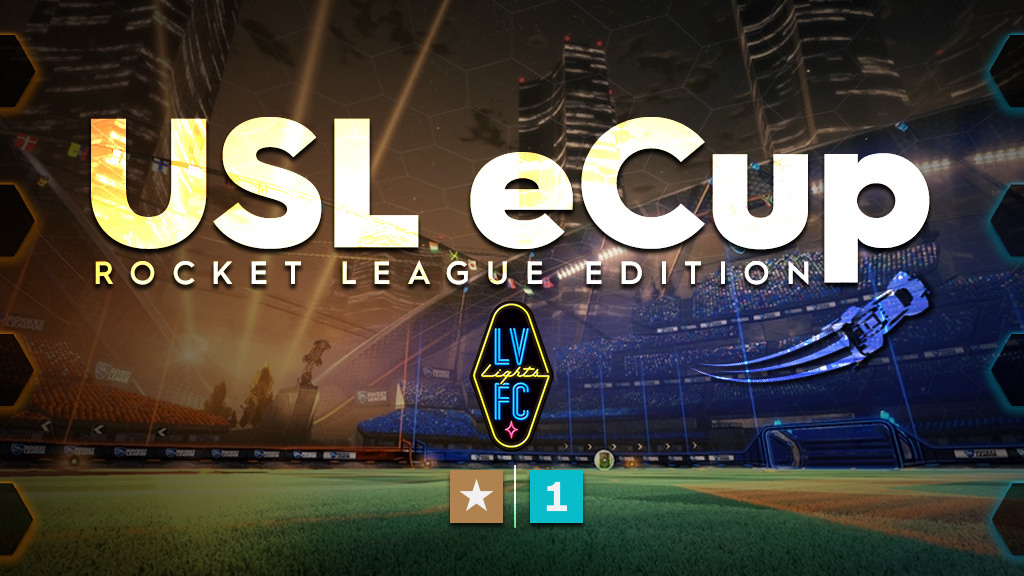 The United Soccer League and teams from the USL Championship and League One are getting set to square off in a new arena. USL announced the inaugural edition of the USL eCup: Rocket League Edition, which will see 32 teams from across the organization’s professional ranks meet in a month-long tournament featuring one of the most successful and highly-awarded games of all time.

“We just wanted to create something fun and entertaining,” said USL Senior Vice President of Digital Lizzie Seedhouse. “More than anything, this tournament will be a great way to give clubs and supporters the ability to come together, compete and have some fun.”

“Being a part of Lights FC has always been important for me. Now I’ll be able to represent the team not only by helping it have the best environment in USL Championship, but by facing other USL squads on the digital playing field,” said DJ Ocho. “Rocket League is one of my favorite video games and when I was approached to be Lights FC Team Captain in the first ever USL eCup, saying ‘of course, I’m in’ was the easiest decision I’ve made in a while.”

Launched in 2015, Rocket League has become one of the premier games in esports. With a head-to-head format that models soccer in many ways, the game sees players navigate their vehicles to drive the ball toward the net and score goals. Claiming Best Sports Game at E3 in 2015, Rocket League has continued to accumulate awards in the years since thanks to its immense playability.

The spotlight is already on Team Captain DJ Ocho, this after being endorsed by USL’s Scott Stewart as one of his ‘Teams to Watch’, ranking Lights FC number 4 on the USL eCup Pre-Tournament Power Rankings. “Handing the sticks to DJ Ocho – the king of Lights FC’s in-house entertainment – guarantees high-octane action from Las Vegas’ representation,” stated USL on their Power Rankings.

The 32 clubs will square off in a one-on-one duel format and each team will be represented by a team captain, who will serve as the primary player, with two alternates available to each team over the course of the tournament. The clubs were drawn into eight groups of four teams, with Lights FC being in Group 7 alongside USL Championship’s Indy Eleven, and USL League One teams FC Tucson and Greenville Triumph SC.

Each group stage match will be a best-of-three between the two players. Each team will play once during Week 1 of the group stage, and then twice in Week 2. The winner of each best-of-three series will receive three points in the group standings while the loser departs empty-handed.

Here’s the schedule for Lights FC in the group stage: 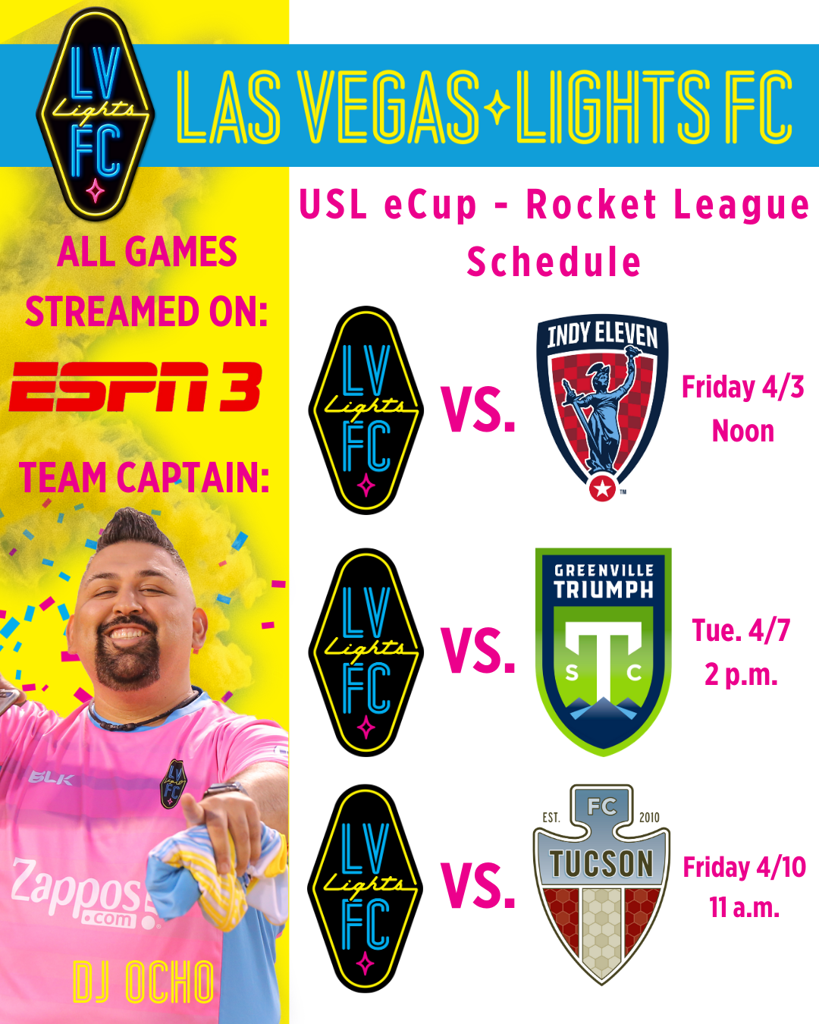 The top two teams from each group will then advance to the knockout stage of the tournament, which will be held between Monday, April 13 and Saturday, April 25. Knockout round matches will be staged in a best-of-five series through the Round of 16, Quarterfinals and Semifinals, with the Final to be staged over a best-of-seven series to crown the winner of the tournament’s inaugural edition on the final day.

The United Soccer League (USL) announced that its relationship with ESPN will extend to the esports realm, with the organization becoming the official streaming platform for USL eCup: Rocket League Edition, which will kick off the afternoon of Wednesday, April 1 on the ESPN app and ESPN.com.

“We are excited our first esports venture will be brought to fans on ESPN’s digital platforms,” said USL Sr. Vice President, Digital, Emerging Technology &amp; Strategy Lizzie Seedhouse. “While we can’t wait to see our teams return to action on the field, this tournament will serve as a fun diversion that does a tremendous amount of good in communities across North America.”

The ESPN app provides sports fans with exclusive content covering the National Football League, College Football, Major League Soccer and more since its launch. The service will give all fans of the USL and esports with a Pay TV subscription the opportunity to watch every game in the USL eCup: Rocket League Edition.

USL on ESPN Game of the Week broadcast team Mike Watts (PBP) and Devon Kerr (Color) will provide commentary for every game of the tournament. The tournament’s broadcasts will be produced by USL Productions, the league’s state-of-the-art broadcast production, broadcast and distribution facilities with VISTA Worldlink in south Florida.