Junior Burgos Makes his Lights FC Debut by Scoring a Goal Of The Week Candidate in the First Half. Las Vegas Out-Shoots San Diego 21 to 3 and Shows Defensive Composure In Their 2020 Season Opener. 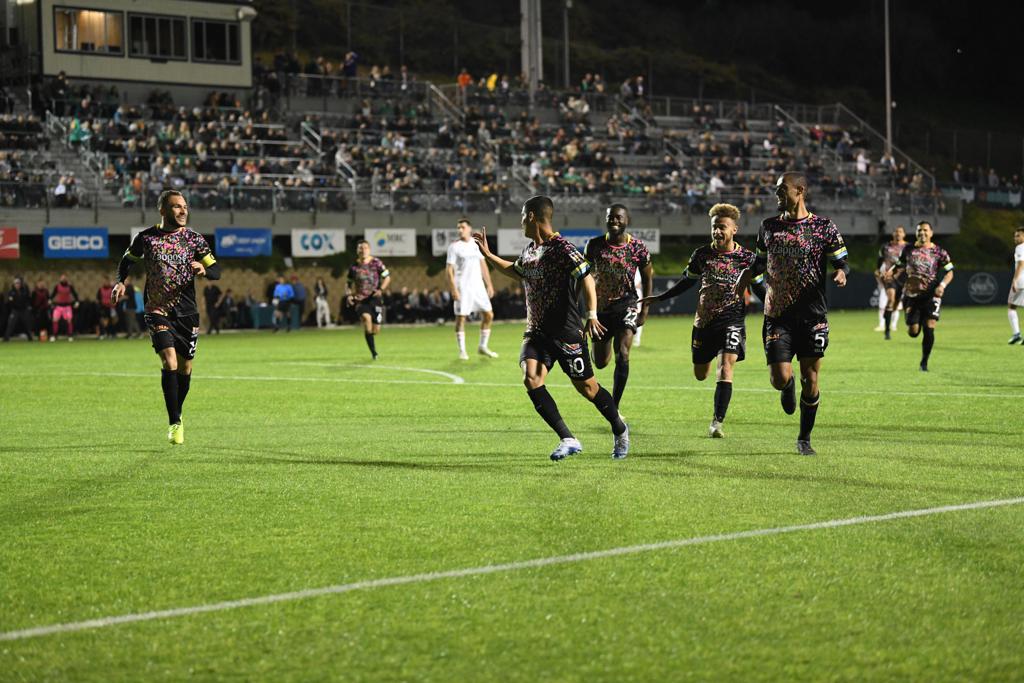 Just four minutes after making his Lights FC debut, midfielder Junior Burgos introduced himself by scoring one of the best goals in team history.

SAN DIEGO, CA –It took Las Vegas five games to get their first points on the road in the 2019 USL Championship season. It's a new year, it's a new team and Lights FC kicked off its 2020 campaign by earning a point in their first road match with a 1-1 draw, overwhelming expansion-side San Diego Loyal SC in their inaugural game.

Burgos put Loyal SC on notice just 3 seconds into the game, where he took a shot in the opening kick that forced San Diego's goalkeeper to run his goal-line to avoid conceding the fastest goal in league history. However, shortly afterward Las Vegas ended up striking first. The Salvadoran showed why he's slated to be an offensive difference-maker this year for the Lights, hitting a long-ball nearly 40-yards out that ended in the back of the net to open up the scoreboard in the fourth minute of play.

“Burgos was one of the last pieces of the puzzle to provide us the balance that you need in this league to win,” said Lights FC manager Eric Wynalda. “It’s not a contest, but I challenge anyone in this league to try and beat that goal. There’s no way anybody will score a better goal this week or month, heck maybe even in the season. It’s one of the best goals I’ve ever seen in professional soccer.”

Unfortunately, being ahead didn't last long as San Diego found their way back soon. A clash of heads between defender Ramon Martin Del Campo and Junior Sandoval left the ball right outside the box, where Loyal SC's Charlie Adams hit a perfectly placed shot between Lights FC players and out of reach of debuting goalkeeper "Lalo" Delgado to tie up the score in the 15th minute.

“San Diego’s first and only shot on target of the game was their goal, and it could’ve deflated our team, but it didn’t,” stated Wynalda. “We stayed focused and didn’t feel sorry for ourselves, something that happened multiple times last year and made us lose a lot of points on the road.”

Las Vegas showed a more ordered back-line in this match with the additions of Ramon Martin Del Campo and Jordan Murrell to its defensive core of Gabe Robinson and Javan Torre, that in this match were accompanied by Mobi Fehr in the right-winger position. This allowed the team to have a more commanding offensive showing when passing the mid-field line, with Junior Burgos and Seku Conneh putting pressure on San Diego.

In the final ten minutes of the match, Seku Conneh had a pair of opportunities to steal the win on the road for Las Vegas, but it wasn't meant to be. First, a short turn-around strike off of a free-kick hit the post in the 81st minute. Followed by a counterattack chance where Burgos served the Liberian forward, but his shot ended going straight to the opponent's goalkeeper.

Despite conceding the possession battle, Lights FC ended up putting double-digit shots in both halves, out-shooting San Diego in the game by a total of 21 to 3. 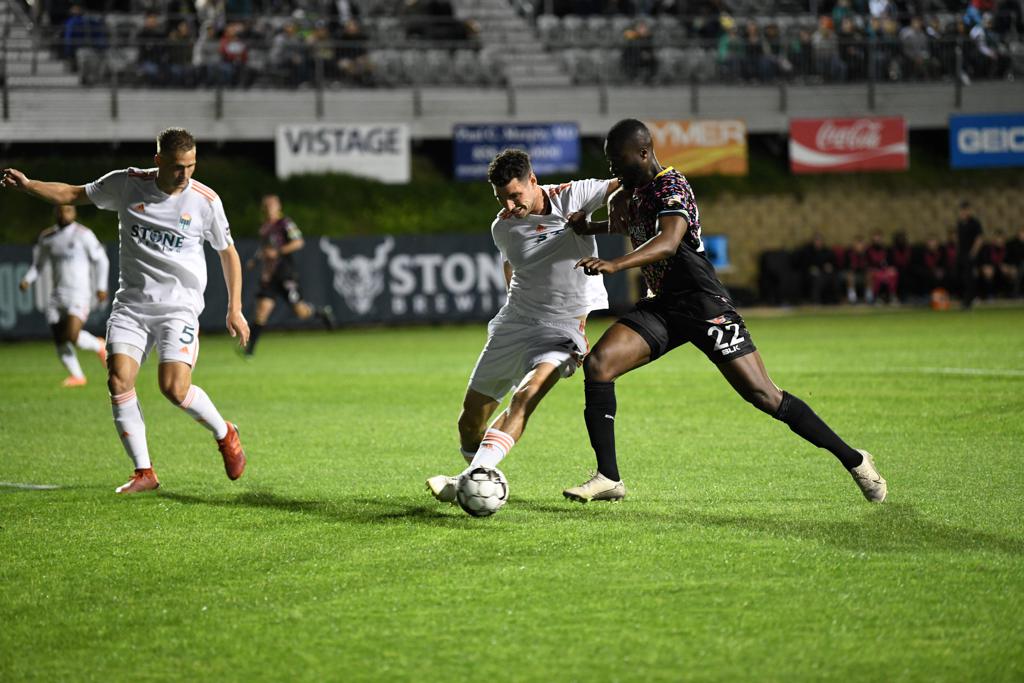 New Lights FC striker Seku Conneh imposed his physical will over San Diego's defenders, being a force in the attacking third.

“There’s nobody out there that feels that we weren’t the better side today,” added Wynalda. “I’m satisfied based on our circumstances, we’re going to celebrate this tonight and immediately focus on our next task at hand: Sacramento.”

Las Vegas maintained their undefeated record on season openers, with one win and two draws and now have their sight set on returning to Cashman Field for their first game of the year in Las Vegas.

Lights FC will host their home opener on Saturday, March 14 by hosting Sacramento Republic FC on Guaranteed Win Night. If Las Vegas doesn't defeat Sacramento, fans in attendance will be able to claim a free ticket for the following Lights' home match on March 28 against San Antonio FC. Tickets are available at LightsFC.com/Tix or by calling 702-728-GOAL. Season tickets are available at LightsFC.com/SeasonTickets, with every season ticket member receiving the official home opener jersey for free. Each jersey will retail for $99.00 -- but are available for free to all fans that purchase a season ticket package that begin at just $200.

All Lights FC season ticket members will receive the official home opener jersey for free.  Each jersey will retail for $99.00 -- but are available for free to all fans that purchase a season tickets package that start at only $200.  More information on season tickets is available at LightsFC.com/SeasonTickets.

“We love playing at Cashman Field, everybody knows that. Next Saturday, we’re taking it to a whole different level,” said Wynalda. “I can promise to our fans that it’ll be a great game, we’re going to bring it! The fact that we got to build our confidence from tonight’s performance is important. We’re going to push the numbers and go for our first win of the year.”