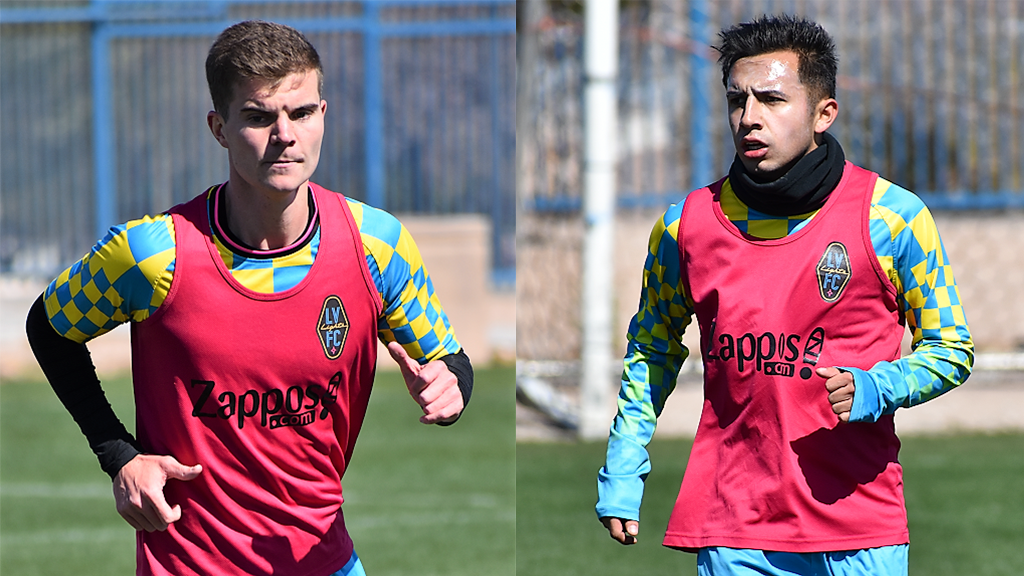 Las Vegas (NV) -- Hard work and perseverance paid off for defender Johnny Fenwick and midfielder Jose Carrera, who got signed by Lights FC to a contract for the 2020 USL Championship season, pending league and federation approval.

Fenwick is a center back born in Newcastle, England. After being in the youth level with Newcastle United and Sheffield Wednesday he went on to have a stellar collegiate career with High Point University, where as team captain he led the Panthers to their first-ever NCAA Tournament appearance in 2018.

"Fenwick came to us on an unofficial trial at first, after seeing him we had to find a way to fit him in", stated Lights FC manager Eric Wynalda. "It's part of the process when evaluating players and how they'd make your team better. That's exactly what happened with Johnny, our group got better with his arrival".

He was named Defensive Player of the Year by the Big South conference in his final two seasons at High Point, being recognized as one of the top collegiate players in the country during his senior season before signing his first professional contract with USL Championship's San Antonio FC in 2019. With this new addition to Lights FC's back-line, it opens up options to free up players like Javan Torre and Jordan Murrell for offensive pushes when needed.

"This opportunity means everything to me. I feel very valued here, I love it here and I'm really excited to get this going", stated Fenwick. "My job every game is to keep a clean sheet and bring leadership onto the pitch with character".

Jose Carrera is a player that brings dynamism and creativity to the midfield. He was a four-year starter at the University of California, where his ability to keep the ball flowing by connecting with strikers and wingers earned the Golden Bears a pair of NCAA Tournament appearances (2014 & 2017).

"I've been trying for a long time to get him here. I know how valuable of an asset he is for us", stated Wynalda on Carrera. "His college coach Kevin Grimes has always been a friend of mine, so I've known about Carrera for a very long time. It's not often that you find a guy that can play the 10 or 8 positions, even in his time in Mexico he was forced into a defensive 6-mode and he was terrific."

After concluding his stellar career with the Cal Golden Bears, which included earning All-Pac 12 honors three times, "Josecito" took his talents south of the border by joining Celaya FC in Ascenso MX. Carrera played three seasons in the Mexican Second Division, getting minutes both in league and cup action.

"I want to contribute to this team as much as possible. I want to be able to perform at a top-level day in and day out," said Carrera. "The style we used to play in Cal-Berkeley is similar to the brand of soccer that Coach Wynalda likes."

Lights FC's roster is now up to 16 signed players after the team and Edwin Rivas agreed to mutually terminate the midfielder's contract.