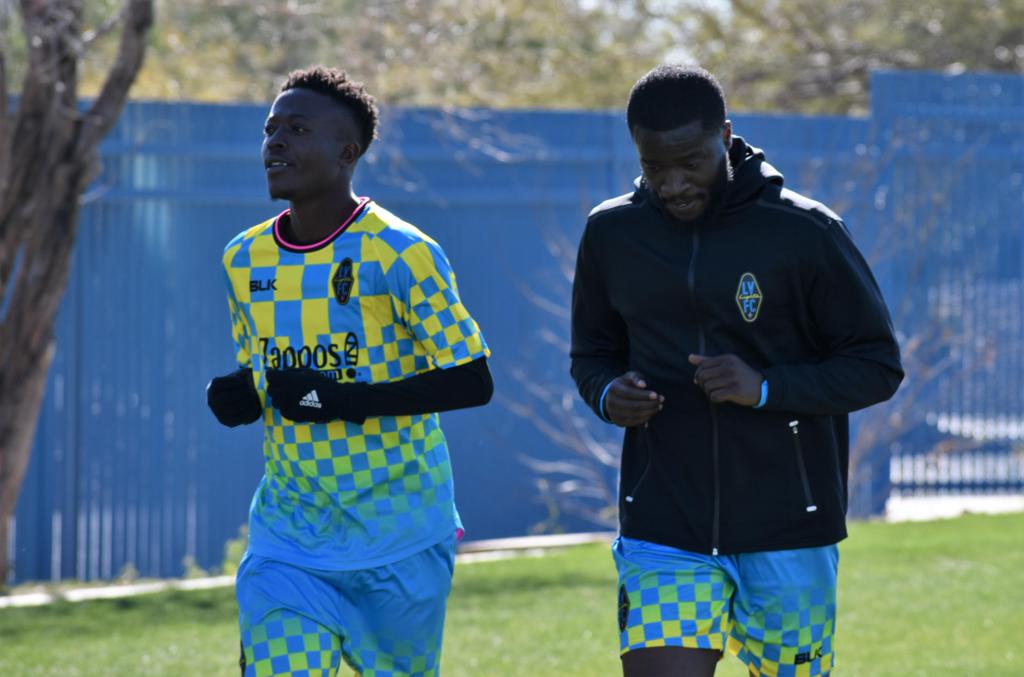 "We welcomed them into our family, they're both healthy and ready to go", said Lights FC manager Eric Wynalda. "What Seku (Conneh) brings to the table is that he's very mobile for a big guy, he's very good in the air and he's faster than you think. (Chancel) Ndaye is a player we've tracked for a long time now, we know what his talents are. He's bigger than we thought. He's not a kid, he's a man."

Seku Conneh returns to USL Championship, where he played two years with Bethlehem Steel. He scored 12 goals in 43 appearances between the 2016 and 2017 seasons with the Philadelphia Union USL affiliate. Measuring in at 6 foot 3 inches, the Liberian international becomes the tallest striker Lights FC has ever added to its roster.

"I'm happy to be here, coach Wynalda gave me a lot of trust and I want to get started as soon as possible", stated Seku Conneh. "My goals are to make the best out of this opportunity, help my teammates, win a lot of games, score a lot of goals, and make the playoffs".

Chancel Ndaye's speed has him tabbed to be a difference-maker in Lights FC's back-line. The right-back has two caps with the Burundi National Team and played in the three group stage matches for his country in the U-20 Africa Cup of Nations.

"This is my first time in USL Championship, I want to do my best. I promise the fans that they will be happy with my performance", said defender Chancel Ndaye. "I appreciate that Eric gave me the confidence to put me in this spot, I'm very happy".

Another player who is already a part of the team's preseason training camp is midfielder Mobi Fehr, who signed a new contract to return to Las Vegas for the 2020 USL Championship season, pending league and federation approval. Fehr played over 2,000 minutes in 25 matches for Lights FC in 2019, with Eric Wynalda playing him in multiple positions.

The remaining training sessions this week for Lights FC will be held at Kellogg-Zaher Soccer Complex on Wednesday, February 12 and Thursday, February 13 at 10:30 a.m. While on Friday, February 14 practice is scheduled for 4 p.m. at Cashman Field.

Las Vegas begins their 2020 USL Championship season is less than a month away, kicking it off on the road on March 7 against San Diego Loyal SC. Lights FC will then host their home opener by facing Sacramento Republic FC at Cashman Field on Saturday, March 14 at 7:30 p.m. Tickets for Lights FC's home opener and every regular-season match at Cashman Field are now on sale at LightsFC.com/Tix. Season Tickets are still available starting at just $200 and can be purchased at LightsFC.com/SeasonTickets. Every season ticket package including a free official 2020 match jersey.