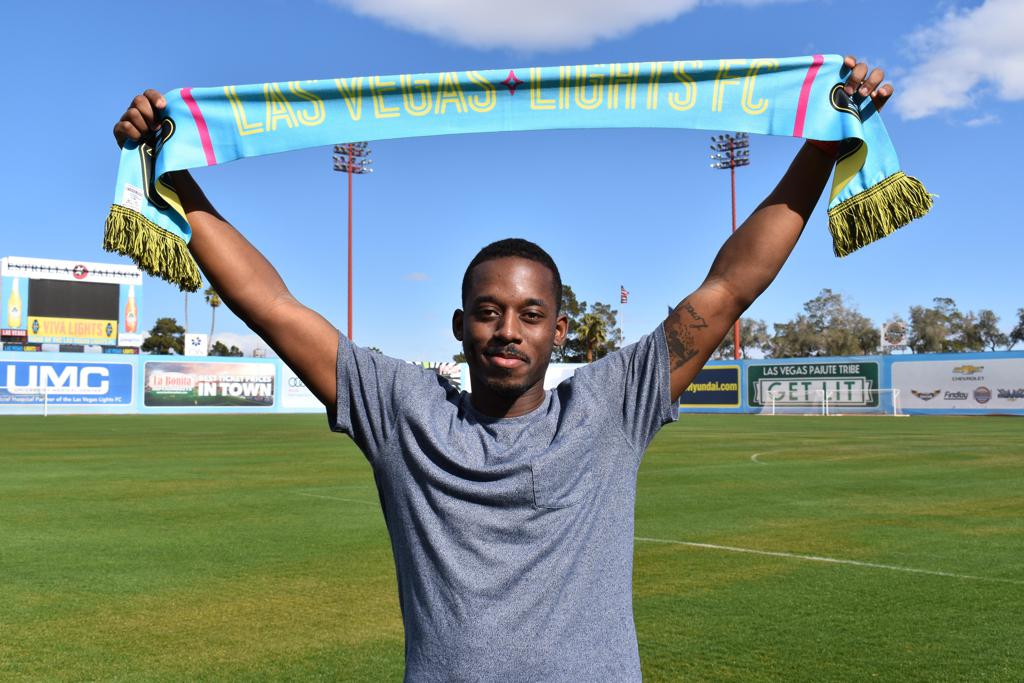 Jordan Murrell will begin training camp with Lights FC during the first preseason practice on February 3.

Las Vegas, NV – Ahead of the beginning of the team's preseason training camp, Lights FC has signed defender Jordan Murrell to its 2020 roster.

“I'm really looking forward to putting on the Lights FC Jersey. I've been blessed to play football for a living, I'm working to continue improving every time I step out on the pitch", said Lights FC newcomer Jordan Murrell. "I want to take this team to the playoffs and potentially win the championship, I’m looking forward to bettering my career down here”.

Jordan was born in London, England. He relocated with his family to Canada, where he represented the Canadian National Team system throughout their U-18, U-20, and U-23 squads. Played in the collegiate level with Syracuse University, where he had a standout career with 74 appearances over his 4 years as a part of the Orange side. He was selected with the 57th pick of the 2015 Major League Soccer SuperDraft by Real Salt Lake.

Murrell has been in the professional ranks every year since 2015 with 76 of his 96 matches played being in USL Championship, becoming one of the most experienced players on Lights FC's roster in the league. He has previously been a part of USL teams Real Monarchs, Pittsburgh Riverhounds, and Reno 1868 FC.

“Jordan brings a lot of experience in our league to our team, he’s very versatile and quick. He brings a great attitude and he’s a good pro", stated Lights FC manager Eric Wynalda. "His versatility will help us throughout the season, but I’m going to try and lock him in the left-back spot because he pushes the game on the field, he pushes the people around him and in the locker room.”

This addition gives depth to Lights FC's defense in the left-back position, which in 2019 was a revolving door since Bryan de la Fuente's injury just two weeks before the regular season started.

“I love to defend tenaciously, I don't mind a good tackle or three. I love to get forward playing as a left-back and get some crosses in the box," said Murrell. "I have a lot of goals, starting with integrating myself with the team, becoming a family down here and enjoying football. Playing under Eric Wynalda is a great opportunity, he's a world-renowned footballer. He’s teaching us every minute on the pitch, asking us to be the best we can every time we step out."

Jordan Murrell's first practice with Lights FC will be on February 3rd at the Kellogg-Zaher Soccer Complex, which will be the team's inaugural training session of the year. Training Camp begins on Saturday, February 1st with players taking their physical tests.