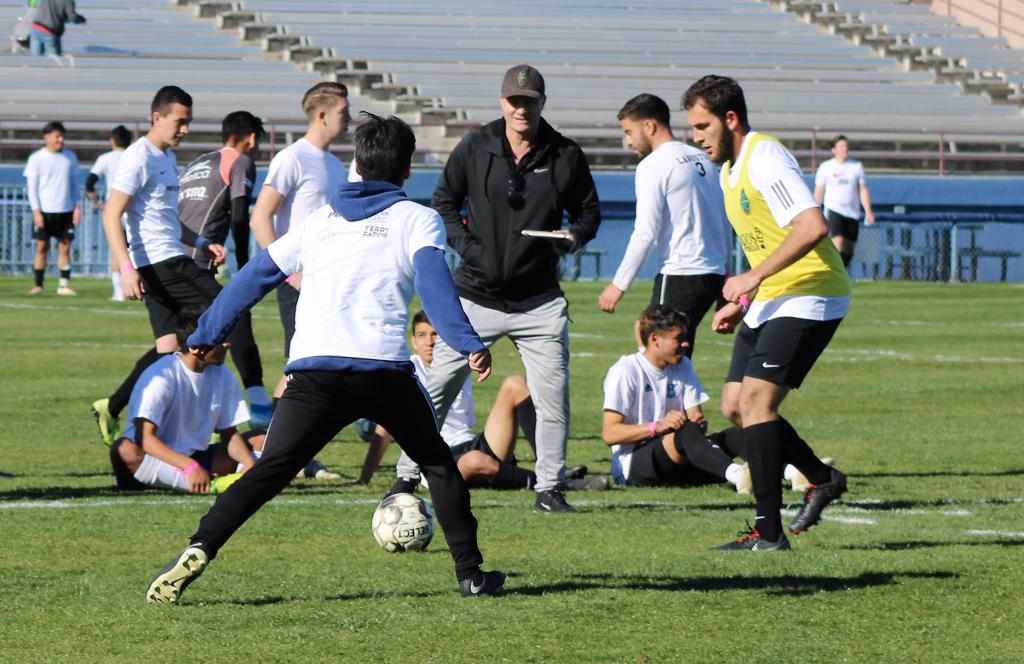 Las Vegas, NV – Some people believe in luck, others don't. Luck at times is described as the moment when preparation meets opportunity. That opportunity was there for over 400 soccer players who signed up to participate in Lights FC's third annual open tryouts presented by Patria Energy Drink, which were held on Saturday, January 11 at Cashman Field.

Coach Eric Wynalda led his staff on the pitch scouting players who traveled from all across the United States of America and 17 other countries including Mexico, Costa Rica, Argentina, Colombia, Venezuela, El Salvador, England, Japan, Nigeria, Senegal, Democratic Republic of Congo, Tanzania, Nigeria, and more.

"As our club gets bigger, more people know about us and what we're about,” said Lights FC manager Eric Wynalda. "It's incredible how far people came from, places like Michigan, New York, Orlando, and Miami. Players from the Pacific Northwest and California made the effort to come out as well and we really appreciate it. Having players from all over the world made the tryout process challenging, but we did our best to find the talent."

The first two sessions of the day saw the group of 400 players narrowed down to approximately 40. From those players, 22 ended up being selected to be a part of a full field 11-on-11 40 minute match. A standout from the day's activities was attacking midfielder Eric Sanchez, who Eric Wynalda has invited to participate in Lights FC's preseason. 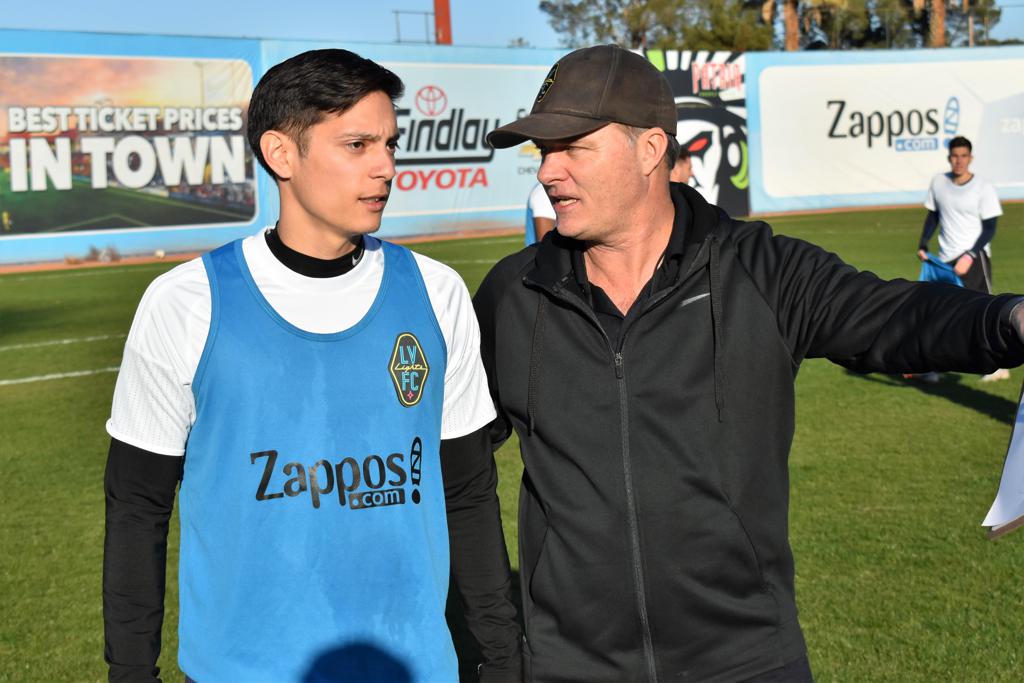 After his performance in Lights FC's Open Tryouts presented by Patria Energy Drink, attacking midfielder Eric Sanchez was invited by Eric Wynalda to be a part of his preseason training camp.

"We're excited to see what the next steps are, and what kind of a player he can grow into. As an organization we need to provide him with the environment that he needs,” stated Wynalda. "I'm really happy that we made our decision about what we felt about the player (Sanchez) before we knew the circumstances. In these situations, people can be accused of a player being signed because he has a hometown tie, but that wasn't the case.”

Eric Sanchez was born and raised in Las Vegas, but has been living in Fresno, California since graduating from Centennial High School in 2014. He played his collegiate career with Fresno Pacific University, afterwards he played with Fresno Fuego (PDL) and Fresno FC's U-23 team (USL League Two).

"I have to continue giving my 110% and I still need to put a lot of work in, but I'm ready for it," said Sanchez about being invited to Lights FC's preseason. "I had never been to a tryout with these many players, I just had to play my game without trying to show out. Being born and raised here, this is my home and I'd give anything for my city, it would mean everything playing for this team".

Coach Wynalda left the door open on the possibility of inviting more players who participated in Lights FC’s open tryouts to the team’s preseason training camp, mentioning that there are a couple of players he scouted today that he forecasts being a part of his preseason roster.

Lights FC kicks off the 2020 season on March 7th by facing expansion franchise San Diego Loyal SC on the road. The team's home opener at Cashman Field will be on March 14th against Sacramento Republic FC. Single game tickets for all home games are now on sale at LightsFC.com/Tix, while season tickets can be purchased at LightsFC.com/SeasonTickets. Season Ticket packages start at just $200 and include a free official 2020 match jersey ($80 value).