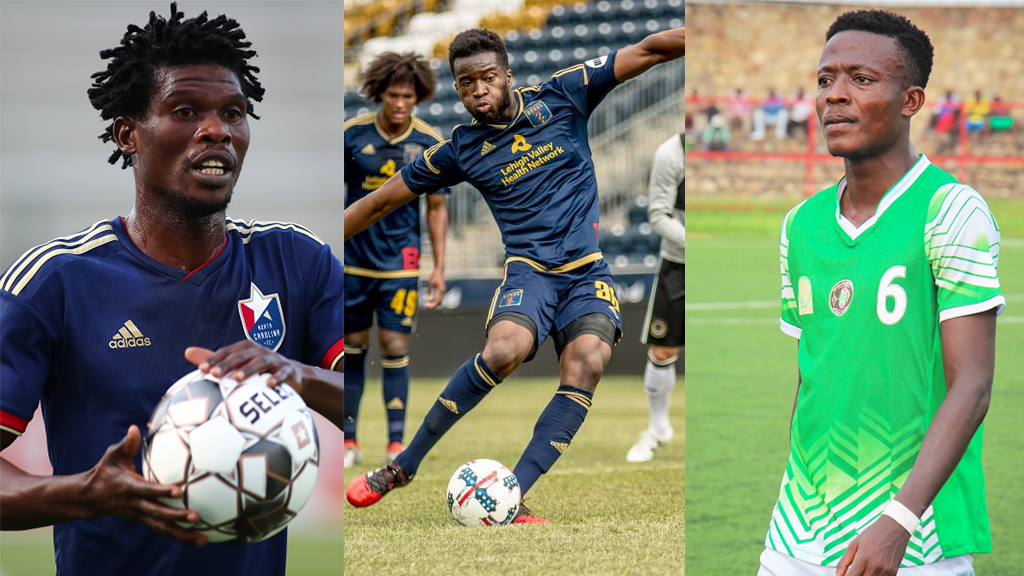 “Our team will be literally bigger, faster and stronger on all levels with these additions," said Lights FC manager Eric Wynalda about his new players. “With the positional profiles that we set, we wanted to make sure that we are a team that isn’t going to get pushed around. There were times last season where we couldn’t hold the ball or were lacking in the strength component, and that won’t be the case next year.”

Yamikani Chester is coming off of his first season in the United States, where he played for USL Championship’s North Carolina FC. The Malawi native scored five goals in the 970 minutes of action he saw on the field.

“[Tabort Etaka] Preston was a great player for our team last season, but his plan was always to explore his options outside of the U.S. for next season.  As a result, we need to replace him and Chester is the perfect guy to do so,” said Wynalda. “He’s faster and a little bit more experienced. He has all the qualities that we look for in that position. We had a player profile that we wanted to fit this off-season to ensure we improve and he checked all the boxes.”

Chancel Ndaye is a 20-year-old defender whose speed as a right-back makes him a difference-maker. He has two caps with the Burundi National Team and played in the three group stage matches for his country in the U-20 Africa Cup of Nations.

“NDaye has a lot of potential that he has shown in the games that we've seen, we've been tracking him for over a year now,'' said Wynalda. “As a young talent we have to be cautious to not expect too much, but this is also the logic in bringing experienced players like [new Lights FC signing Ramon] Martin Del Campo who can put an arm around a young player and give him good guidance. Our new backline right now is something to be reckoned with. It will be very strong and fast with Javan [Torre] on one side, NDaye on the other and the big boys in the middle. It's not going to be easy to play against us.”

Finally, but certainly not least, Seku Conneh is the most experienced player out of this African trio. The Liberian National Team member made his debut in the professional ranks in 2015 after being a part of several developmental academies and youth clubs, including world-famous Ajax FC and Almere City. After scoring 11 goals in 45 matches between his time with Fortuna Sittard and Oss of the Dutch Second Division (Eerste Divisie), Conneh joined USL Championship’s Bethlehem Steel in 2016, scoring 12 goals in 43 appearances for the Philadelphia Union’s USL affiliate. He split the last pair of seasons between the Ansan Greeners of the K League 2 (second division of South Korean soccer) and Vojvodina (Serbian SuperLiga - first division).

Season tickets for the 2020 USL Championship season are available now starting at just $200 at LightsFC/com/SeasonTix or by calling 702-728-4625. Each season ticket includes a free official 2020 match jersey ($80 retail value), plus multiple other unique benefits. Lights FC was voted by Las Vegas Weekly as the 2019 Best Sports Value in Las Vegas.

Also available for the Holiday Season, Lights FC have voucher books available that include 10 tickets, plus a free winter beanie, a free scarf and more perks. This is a can’t miss special deal with over $300 in value for only $99! To purchase visit LightsFC.com/HolidayPack or call 702-728-4625.