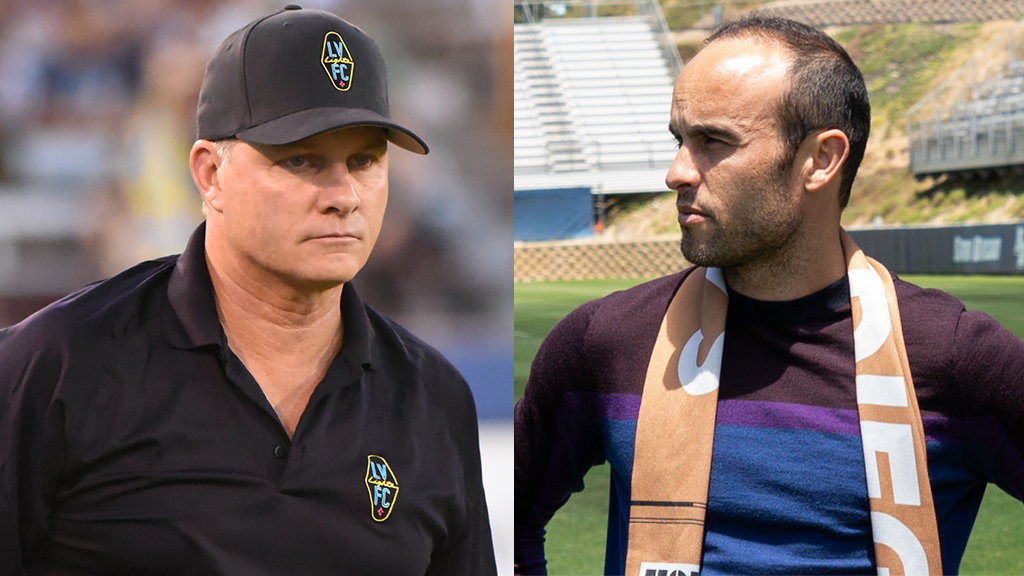 Las Vegas, NV – March 14 is the date Lights FC fans will mark on their calendar as the day when the “Soccer Fiesta” returns to Cashman Field, with Las Vegas hosting Sacramento Republic FC in their home opener of the 2020 USL Championship season.

“Sacramento is a quality side. They made a coaching change, which might mean they’re coming with a different style of play”, stated Lights FC Manager Eric Wynalda. “But for us, it really doesn’t matter who the opponent is when we play at Cashman, we bring the energy that our crowd gives us. Last year we had a great game against them with a total of 6 goals (4-2 Las Vegas win). I hope we’re able to find the back of the net numerous times yet again and get off to a great start to 2020.”

Setting the tone early in the year will be key for Lights FC. Going undefeated in their first eight regular season home games of 2019 was good, but it still remains as a chip on the team's shoulder that the first of those matches was a scoreless draw against Austin Bold FC.

“The importance of a strong start to the season is paramount, it took us four games to get a win last year and I don’t want to go through that again”, said Wynalda. “They’re a formidable opponent, but we need to start strong and that means Sacramento is in our way”.

The 2020 season will begin on the road for Las Vegas, with a nationally televised match against expansion franchise San Diego Loyal SC on Saturday, March 7. This game will pit two U.S. Men’s National Team veterans on the sidelines: Las Vegas manager Eric Wynalda and San Diego head coach Landon Donovan. Both legends turned coaches who represented the United States in three FIFA World Cups. Donovan surpassed Wynalda as the US Men’s National Team top goal scorer in 2008, and he still holds a share of the record with Clint Dempsey.

“It’s a game that a lot of people will have their attention on. Not just because Landon and I will have the opportunity to face-off, but it should be two very solid teams. We see it as the building of a new rivalry. We’re looking forward to this challenge,” stated Wynalda. “We’re quickly becoming a team that you either love or you love to hate.  We play the villain a lot. So there’s a reason why San Diego as the new addition to the league would want to play us at the start of the season.”

This will be the third year in a row where the Lights kick off their regular season action against an expansion team. Recording a 3-2 win on the road against Fresno in 2017 and a 0-0 draw versus Austin in 2018. It will also serve as a homecoming for Lights FC manager Eric Wynalda, who in 1996 was inducted in the San Diego State University Athletics Hall of Fame. He led the Aztecs to the national championship game in his freshman year in 1987.

“It’s always a place that is special in my heart, we’re going there for business though,“ said Wynalda. “I can’t think of a better place on the road to get off on the right foot than my old stomping grounds. We made a commitment to ensure that we’re a better team on the road and we’ll get better results for our fans. I encourage Las Vegas fans to get organized and go see this one, it will be a great game!”

Lights FC against Loyal SC will be broadcast on ESPNews as the first game included as part of the USL Championship on the ESPN family of networks. The full 2020 USL Championship schedule will be released later this week. Las Vegas will host 17 regular season games at Cashman Field.

All Lights FC regular season & US Open Cup home matches are included in every Season Ticket Package, which are available for purchase beginning at just $200 at LightsFC.com/SeasonTickets. Every season ticket includes a free official 2020 match jersey ($80 retail value), plus multiple other unique benefits. Lights FC was voted by Las Vegas Weekly as the 2019 Best Sports Value in Las Vegas.

Lights FC have special voucher books available for purchase that include 10 tickets, a free scarf and more perks like free parking, merchandise discounts, and much more. This is a can’t miss deal with over $300 in value for only $99! To purchase visit LightsFC.com/10Pack or call 702-728-4625.