ABC Hyundai Play of the Year

It's time to pick the ABC Hyundai Play of the Year! Nominated are goals by Junior Sandoval, Javan Torre, Jesus Gonzalez, and Irvin Parra, plus a save from Thomas Olsen! 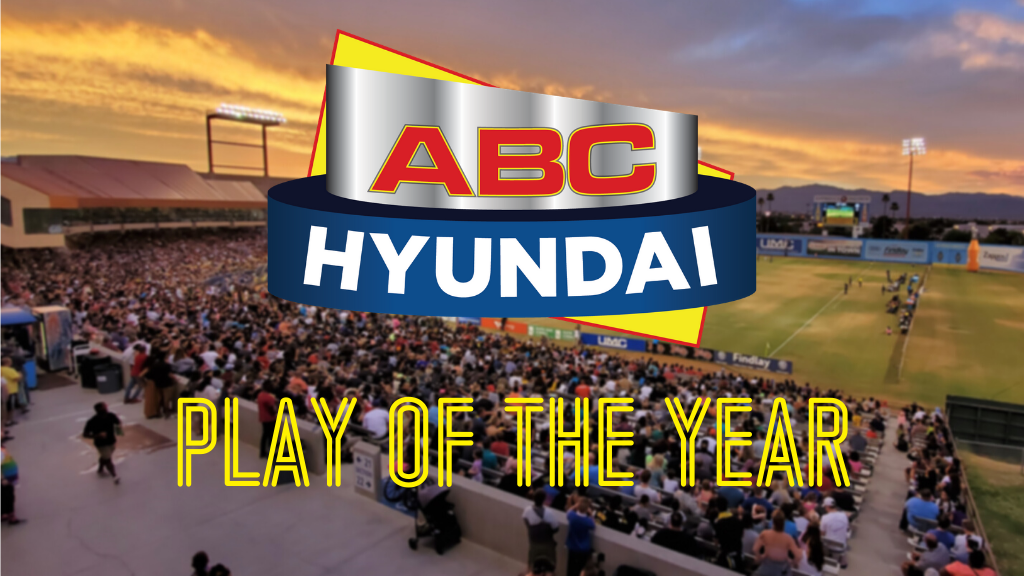 ABC Hyundai, presenting sponsor of Lights FC's Play of the Week, brings to you the Play of the Year. After an exciting sophomore season in USL Championship, Las Vegas had plenty of plays to choose from and these are the final five that fans will be able to pick from.

Four goals and a save are up in the running for the ABC Hyundai Play of the Year, with voting open from November 25 through December 1. Fans can vote for their favorite once per day.

With Las Vegas holding a two goal lead in the final minute of regulation against Sacramento Republic, Junior Sandoval struck the ball 30+ yards away from the goal. The perfect combination of power and precision put this shot out of reach from Sacramento's goalkeeper Josh Cohen.

Junior Sandoval put the exclamation point in what ended up being Lights FC's 4-2 win against Republic FC.

New Mexico United arrived to Las Vegas as one of the huge surprises in the league, with the expansion franchise being at the top of the Western Conference standings for most of the first three months of the 2019 season. When a team is playing as an underdog at home, they have to take their best shot at their opponent and see if they could take it ... New Mexico couldn't.

With the score tied 0-0 in the first half, Las Vegas pushed forward trying to put the ball in the back of the net ... and that's what defender Javan Torre did with what ended up being one of the nominees for USL Championship Goal of the Week. Torre controlled the ball after a bad clearance from the visiting side, ran with it past a defender to then unleash a banger that gave Las Vegas the lead in what ended up being a dominant 5-1 upset victory.

Las Vegas born and raised goalkeeper Thomas Olsen took advantage of being Lights FC's undisputed starting goalkeeper once the 2019 season kicked off. In only the first six games of the new year, he matched the number of clean sheets the team had in 2018. With the team struggling to get results on the road, it had to wait until its eighth match outside of Sin City to get a win away from Cashman Field.

It came in a match where the Lights were outplayed in almost every aspect by El Paso Locomotive, who entered the game with a nine-game unbeaten streak. Almost every aspect except the most important one: scoreboard. Las Vegas took a 1-0 lead to the halftime break, and in the second half, Olsen became a brick wall that didn't let any of the 8 shots the "Locos" took in the second half go past him ... including this one from former Lights FC forward Omar Salgado in the final minutes of the game.

Fourth of July = fireworks! Especially when there's soccer in Las Vegas. There were fireworks scheduled pregame (first-minute fireworks presented by America First Credit Union) and a 3-D 360° Firework show postgame (presented by Findlay Toyota). But the biggest BANG on Independence Day in Downtown Las Vegas was courtesy of Jesus Gonzalez.

The midfielder opened the score against L.A. Galaxy II with a beautiful left-footed strike just outside the box that the goalkeeper simply didn't have a chance to get to it.

Irvin Parra ended as the top goalscorer for Lights FC not only in the 2019 season, but also in franchise history after ending the year with 15 goals.  There was something special for him about playing at Cashman Field, playing in front of his family, friends, and the Las Vegas faithful brought out the best of him, with 12 of his goals being scored in Las Vegas.

The night of July 27 was a special one for him, as the "Inglewood Connection" he formed with his childhood friend Jose Villarreal delivered a win for Sin City. Half an hour into the match against RGV FC, Villarreal served a perfect cross that was only reachable for a diving Parra, whose header was so powerful that the opposition's goalie put a hand on it but wasn't able to deflect it out of bounds.  A thing of beauty, two players who are like brothers linking up for a game-winning goal.