Eric Wynalda and his coaching staff will scout players on January 11, 2020, at Cashman Field. Registration is now open at LightsFC.com/Tryouts. 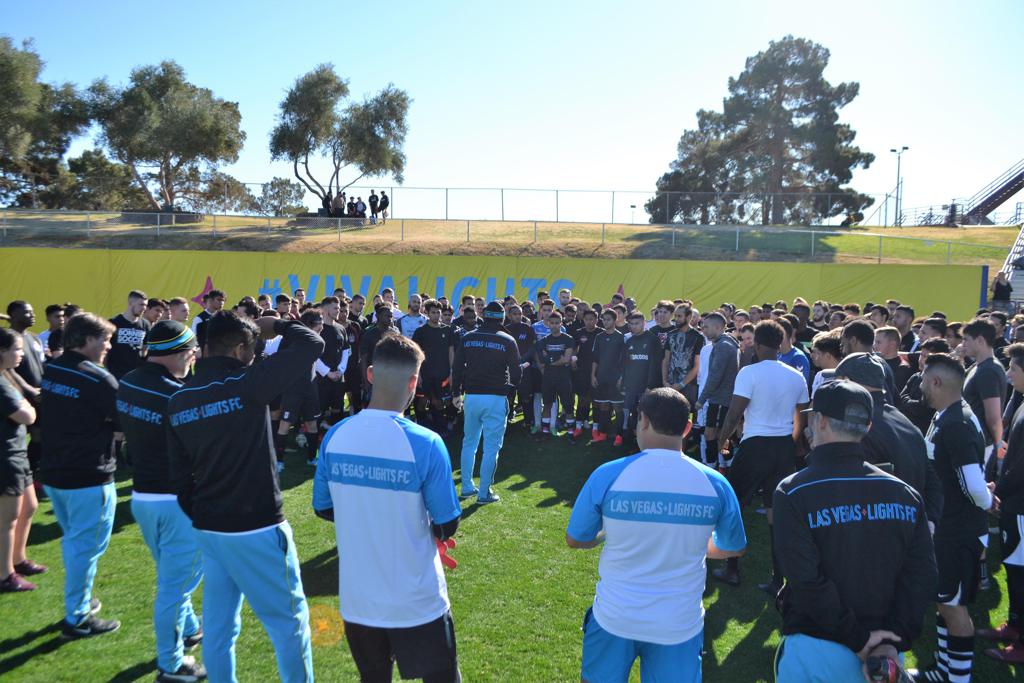 Players will be able to be observed by Lights FC manager and U.S. Men's National Team legend Eric Wynalda on Saturday, January 11, 2020 at Cashman Field.

Nearly one thousand players were a part of Lights FC’s tryouts in 2017 and 2018, and they'll have another opportunity to impress the Las Vegas coaching staff when the team has their open tryouts on Saturday, January 11th at Cashman Field (850 N. Las Vegas Blvd, Las Vegas, NV 89101).

Lights F.C. Manager and Technical Director Eric Wynalda will be on hand to observe the skills and talent of those hoping to become a part of the Lights roster in the 2020 USL Championship. With a club roster that has featured former national players from the U.S., Mexico, Japan, Canada, El Salvador, and Panama, as well as numerous players with extensive international soccer experience, Lights FC aims to build an even stronger roster next year with a combination of local, national and international talent.

Since its inception, Lights F.C. has made history with its commitment to the "Hometown Player" initiative, making it the first pro sports team to guarantee that at least one local player will always be on the roster. Multiple local players have been a part of training camps with the Lights, with local product Thomas Olsen (Bishop Gorman) being the undisputed starter in goal for Las Vegas in the 2019 season.

Registration is open at LightsFC.com/Tryouts and has a cost of $25 in advance, and $50 for those who wait to do so on the day of the tryout. All registered players receive a free ticket to Lights FC's 2020 USL Championship Regular Season Home Opener in March 2020. In 2017 and 2018 capacity was reached shortly after the tryouts were announced, so pre-registration is highly encouraged to guarantee a spot and to take advantage of the lower cost.

Each participant is required to wear a white shirt and to bring their own cleats and shin guards.

Fans are invited to attend the open tryouts as the event will be open to the public.