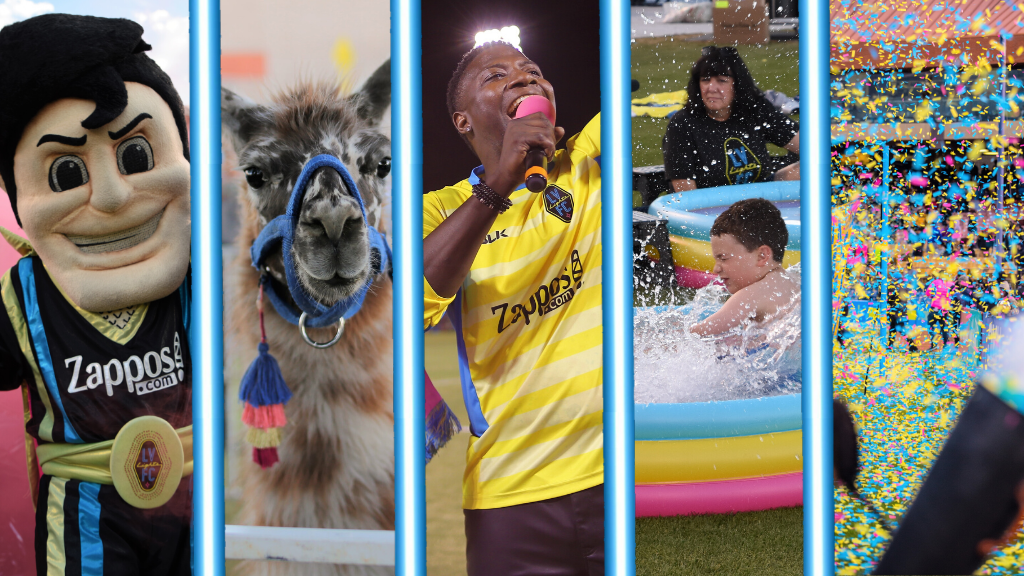 Las Vegas, NV – Lights FC’s matchday experience is unique in the world of professional soccer, being named by Sports Illustrated the “Most Interesting Team In America”. Fans attending games at Cashman Field are guaranteed to have fun with the entertainment delivered on the field pregame, in-game, halftime, and postgame.

While the coaching staff and players are responsible for what happens on the pitch during the match, there’s a big crew that works on putting smiles on people’s faces outside the lines of the field.  Here are our nominees for Most Valuable “Person” (a.k.a. MV’P’) in Lights FC’s 2019 season. 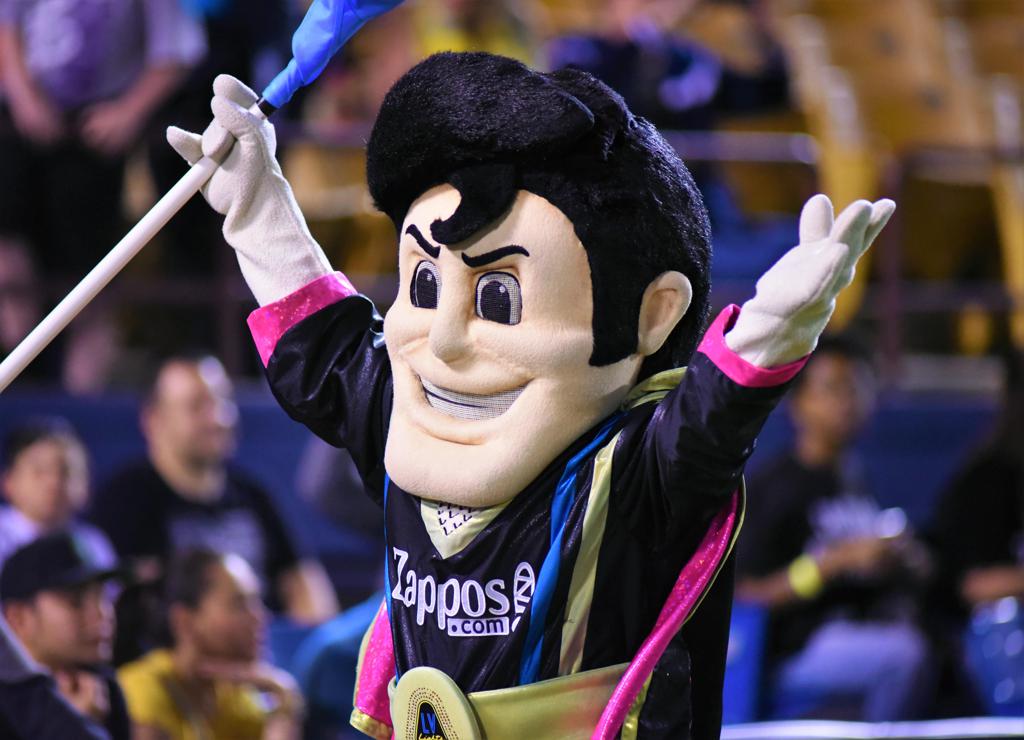 He has the best entrance for a mascot in USL Championship by riding into Cashman Field on a Harley Davidson motorcycle … except on Cash Drop day when he took it to another level and arrived on a Skyline Helicopter and landed at the center circle during pregame ceremonies.

During the biggest promotions of the year, Cash was right in the thick of them. He was in charge of making it rain by dropping $10,000 in cash and prizes from a Skyline Helicopter to the 200 fans that were on Cashman Field’s pitch for Helicopter Cash Drop night. When hundreds of fans were on the field for the world’s largest water balloon fight at a soccer game, Cash was the biggest target while riding in the bed of a truck that drove in the middle of two huge crowds of people throwing water balloons.

Plus, he visited over 100 schools to encourage kids to join Lights FC’s “Reading Goals” program that rewarded them with a free ticket to a Lights game if they reached their school’s goals. 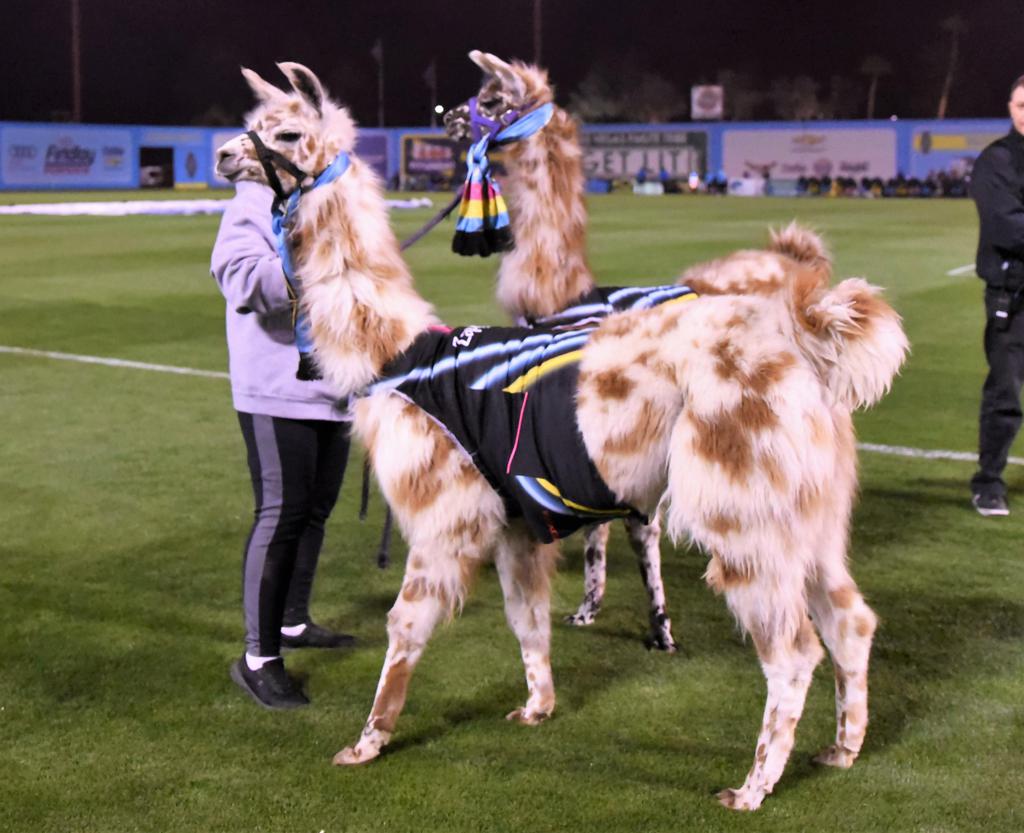 Over Lights FC’s two years of existence, players have come and gone, but the one constant has been one of the most popular fixtures at every gameday at Cashman: Llamas. At the beginning, people said, “what are llamas doing at a soccer game?”. Now folks say, “how is it that a soccer team never had llamas on the field before?”.

Dottie and Dollie are the talk of the town when they’re around. From being part of the tailgate where fans can pet and feed them, to going onto the pitch during pregame ceremonies and being asked for selfies by anyone around them, and of course being a part of the team photo right before the match begins (Dottie at times decides to say hi to Reno during the picture by showing off).

In the team’s inaugural year there were a pair of instances where the llamas had an “accident” on the pitch right before kickoff, but their handlers immediately took care of business with clean up on the spot. Just in case, the team struck a partnership deal with ESPN Las Vegas Radio host Tyler Bischoff for his show “Technically Correct” to be the exclusive ‘pooper scooper’ sponsor. 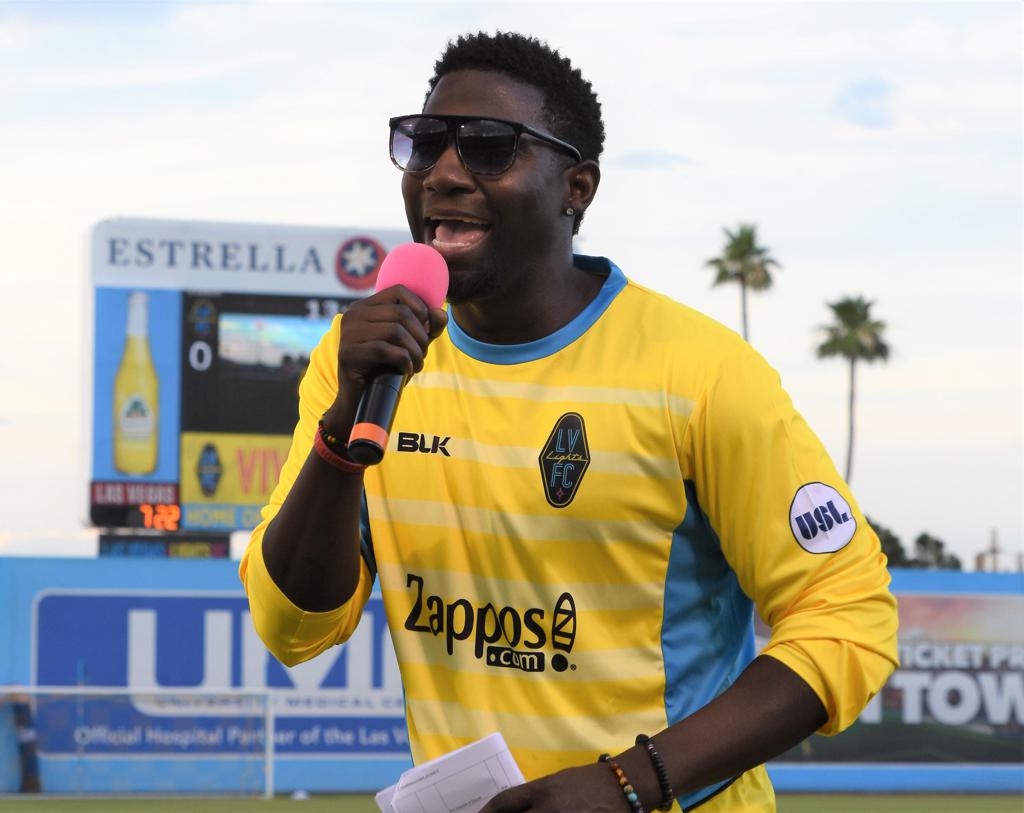 His voice is connected to Cashman Field’s hype level reaching incredible heights during each Lights FC home game. The popular on-air host at Q100.5 FM in Las Vegas delivers excitement with him every time his voice goes directed at a microphone, it doesn’t matter if it’s during the team’s Starting XI introductions, a goal celebration or the Pink Scarf presentation, he always brings “it”.

Bojo also shows what the fans can enjoy during Lights FC promotions by joining DJ Ocho to record commercials that are posted in the team’s social media, including fun videos to publicize the Pitchside Pool Party, $2 Tequila, Gourmet Hot Dogs, Jott Shots, and more! 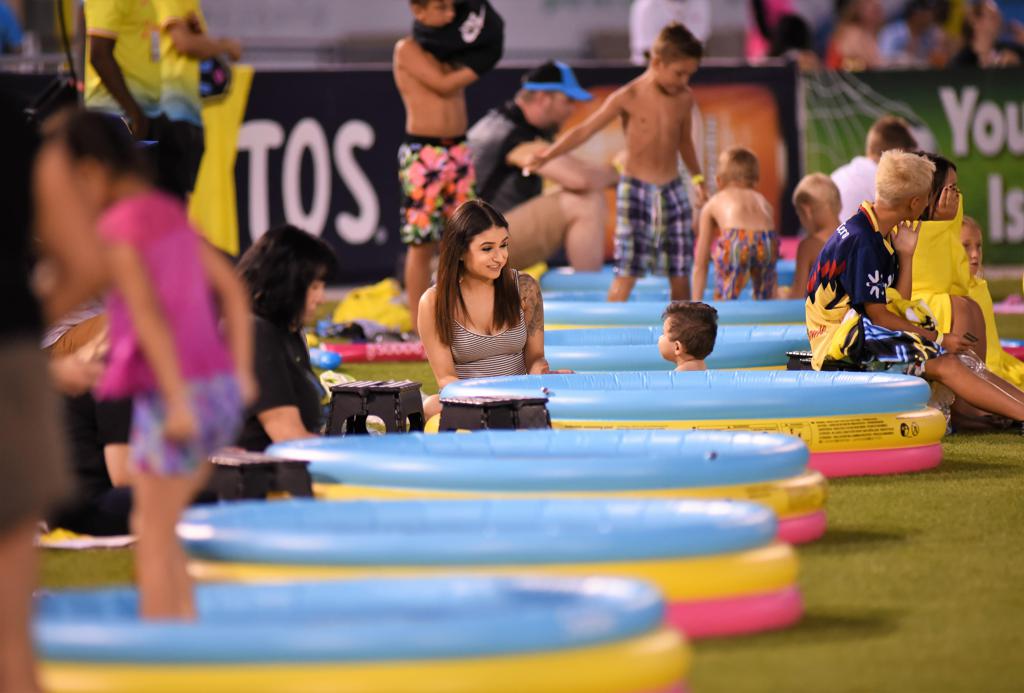 Summer is no joke in Las Vegas, neither is the way Lights FC ramps up their promotions when the heat hits Sin City. For the first time ever in professional soccer, a soccer stadium had multiple “swimming pools” when the team debuted the Pitchside Pool Party at Cashman Field early in June.

The team was voted by Las Vegas Weekly as the “Best Sports Value” in town for introducing the “Ten Buck Tixs” during the Summer of Soccer, with tickets starting at only $10. The average attendance for the six matches during this promotion surpassed 8,000 fans per game.

One of the favorite Summer of Soccer initiatives delivered to fans at Cashman Field was the $2 Tequila Shots and $5 Waldo’s (Tequila + Jarritos). The promotion was born when Lights FC manager Eric Wynalda pitched the idea during a postgame interview, saying that $2 tequila shots are better than $1 beers. Because dollar beers are a siesta, but $2 tequila is a fiesta!! 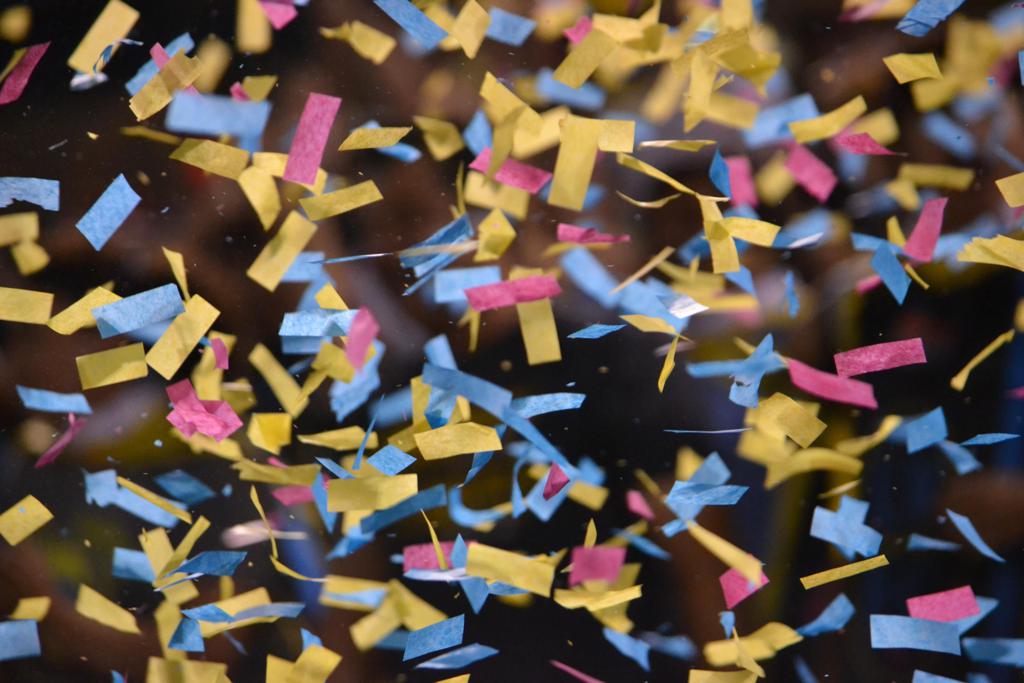 “How cool would it look having huge amounts of confetti being blasted after a goal” … the idea was tossed around before the preseason kicked off and was agreed to be tried out in the first match of MLS Soccer Spring Training 2019. Oh boy, FIVE GOALS were scored and the pitch was covered with confetti after Lights FC defeated Toronto FC 5-1. Yup, it worked!

The confetti blasters quickly became a staple at each of the 38 times Las Vegas shot the ball into the back of the net this year. For the cleaning crew it meant a little bit of extra work at the end of the night, but it was well worth it with fans loving being covered in confetti and posting those moments on social media, making a perfect opportunity to do a “Boomerang” to celebrate a win by throwing it up in the sky.