Las Vegas finishes the team's second year with 41 points, a ten-point improvement from their inaugural season. 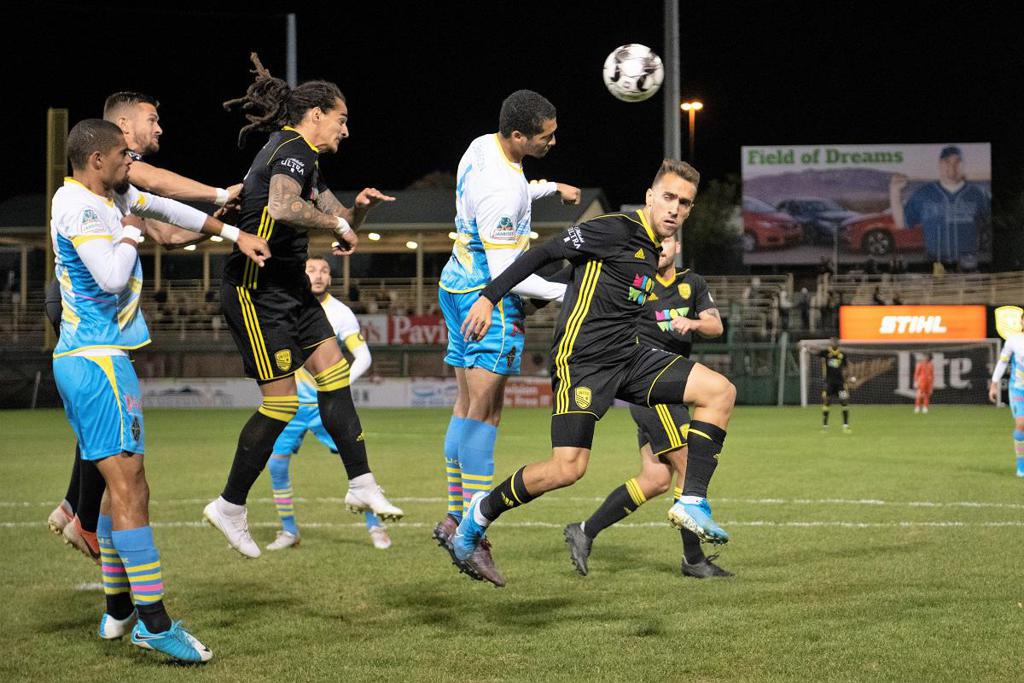 Gabe Robinson finished the 2019 USL Championship season as the player with most clearances with a total of 183.

New Mexico needed a win, plus a draw or defeat by either San Antonio FC or L.A. Galaxy II to guarantee a spot in the play-in round of the playoffs. And the home side showed their sense of urgency to take care of business, quickly pushing forward and trying to quickly get a goal.

Goalkeeper Adam Hobbs was an early hero for Las Vegas, denying Santi Moar from finding the back of the net on a pair of occasions. First, stopping a low shot with his legs in the sixth minute, followed up by a jumping save in the eighth minute.

Unfortunately, the next offensive opportunity for New Mexico ended up with Hobbs getting injured. Christopher Wehan took a shot inside the six-yard box, with Javan Torre getting the stop on the end-line. But unfortunately, Hobbs took a hard shot to the head on the rebound. After being checked out by the medical staff, Adam Hobbs was subbed out of the match in the 12th minute for Thomas Olsen.

Thirty-seven minutes into the first half, a cross that appeared to be harmless became the first scoring play of the match for New Mexico. Two Lights FC players tried to clear a high pass by Josh Suggs, but a collision between Thomas Olsen and Gabe Robinson left the ball open in the box for Chris Wehan to bury in the back of the net.

Las Vegas was forced to use their second substitution of the match due to injury. Panzani Sousa looked to have injured his knee during the play leading up to the goal and went down once New Mexico scored. Pablo Cruz was subbed in for "Ferrety" Sousa in the 41st minute.

"Having to make two substitutions in the first half due to injury, made the game extremely complicated," said Lights FC Manager Eric Wynalda. "We did our best to try to maneuver things, but we weren't able to execute a proper game plan because we had to change it so early."

New Mexico changed its approach in the second half knowing that San Antonio had tied at home against Colorado Springs 2-2. This allowed Las Vegas to have more possession of the ball in the final 45 minutes, but they weren't able to capitalize with a scoring opportunity.

United took advantage of a counterattack late in the match. Saalih Muhammad served a through ball to Daniel Bruce, who went on to take a shot. Olsen was able to get his fingertips on the ball, but the ball rolled to the far post where Devon Sandoval pushed it passee the goalline. New Mexico's lead closed out Lights FC's season with a 2-0 defeat. 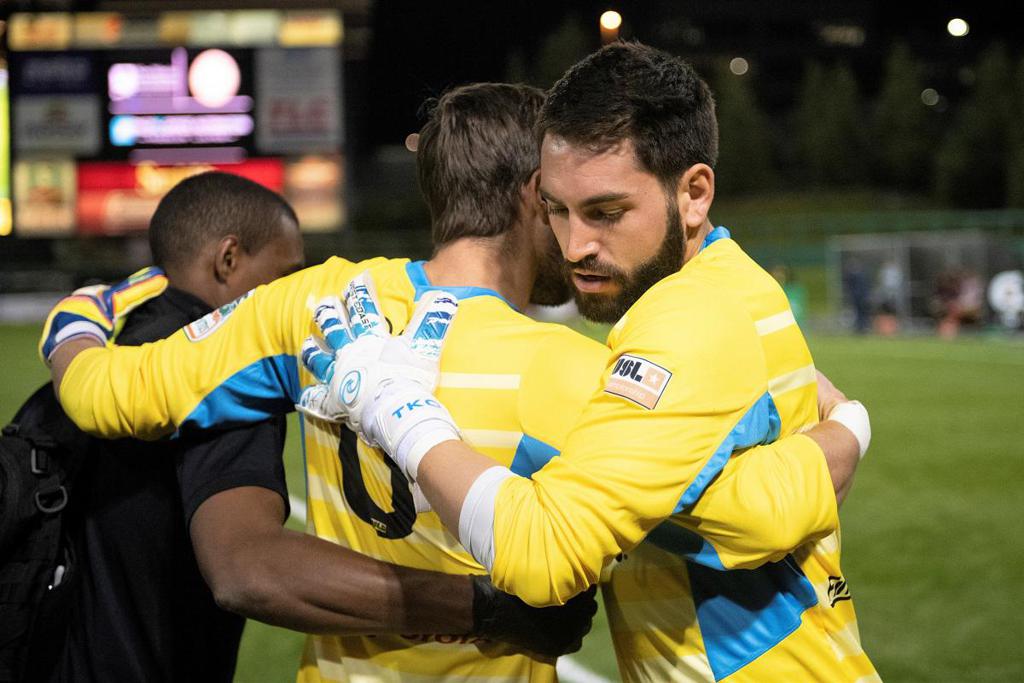 Thomas Thomas Olsen was subbed in after Adam Hobbs suffered an injury early in the match.

"We need to deliver on our promise of getting better as a team and organization. We've taken a huge step in the right direction, on and off the field," stated Wynalda. "We know that it's a very difficult league where anybody can beat anybody. The lessons learned personally, by the staff, and our players will be applied next season. The preparation for 2020 starts right now."

In his rookie season as a professional soccer player, Lights FC defender Gabe Robinson finished the 2019 season leading USL Championship with 186 clearances. He also became the first player in franchise history with 33 starts in a season.

"That's a wonderful achievement. Gabe is growing in confidence as a player, he's learning the position," said Wynalda. "Some of those clearances were finding the back of the net in the first part of the season. I'm extremely proud of him, for his growth as a human being and a player."

Las Vegas finished the 2019 USL Championship season with 41 points being a product of 11 wins, 8 draws, and 15 losses. An improvement from the team's inaugural year where they only had 8 victories, 7 ties and 19 defeats to accumulate 31 points.