Bold FC's Brazilian Dynamic Duo of Kléber and André Lima Find the Back of the Net, Combining For Four Goals. Despite Loss, Lights FC Remains In Contention For Final USL Playoffs Spot. 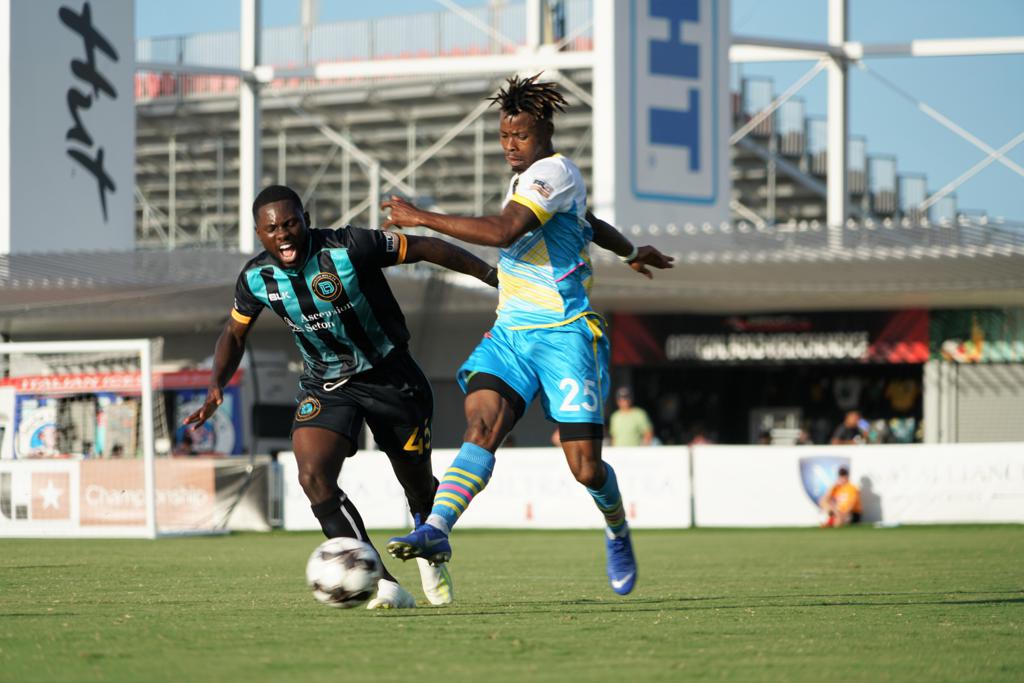 A week ago Panzani "Ferrety" Sousa had his first assist with Lights FC against Fresno FC, following up that performance by scoring his first goal with Las Vegas versus Austin.

AUSTIN, TX – Lights FC fought a hard battle in the first half, but a costly defensive error early in the second half provided too much obstacle for Las Vegas to overcome in a 4-1 loss at Austin against Bold FC.

Bold FC opened the score with Brazilian striker Kléber, who took the ball from the center circle all the way to the top of the box, from where he hit a high shot with his right foot that was out of reach for Thomas Olsen.

Lights FC was able to have a quick response. Less than two minutes later a long pass from Junior Sandoval found an unmarked Panzani Sousa who put his strike past Diego Restrepo to level the score.

But Austin was able to finish the first half with the lead. After a throw-in, Xavier Baez served a high cross that was controlled in the box by Kléber, with the Brazilian striker getting his second score of the game in the play. He took a left-footed shot that was deflected by Javan Torre, changing the direction of the ball and making it impossible for Olsen to get the stop in the 31st minute.

But the Brazilian duo of Kléber and André Lima made Lights FC fight an even steeper uphill battle shortly after kicking off the second half, with Austin extending their lead by taking advantage of a mistake by Las Vegas. Bryan De La Fuente tried playing out from inside his own box, but Sean McFarlene was aggressive to the ball and intercepted it, with the ball rebounding off his leg and falling in front of André Lima who found the back of the net for the 3-1.

Lights FC brought onto the field Irvin Raul Parra, Vinnie Vermeer, and Jose Villarreal onto the pitch as second-half substitutions, but to no avail, as the team was only able to register one shot on target with a multiple-goal deficit.

Bold FC put the icing on the cake in added time. Sean McFarlane served a perfect cross to Kléber, who didn't have a defender anywhere near him and he connected the ball with a header to score once again to complete his 'perfect hat-trick' (scoring goals with both feet and his head).

Austin snapped a two-game losing streak at home by defeating Lights FC 4-1, for Las Vegas this was their first road defeat since August 17 when they lost 3-0 at Orange County. 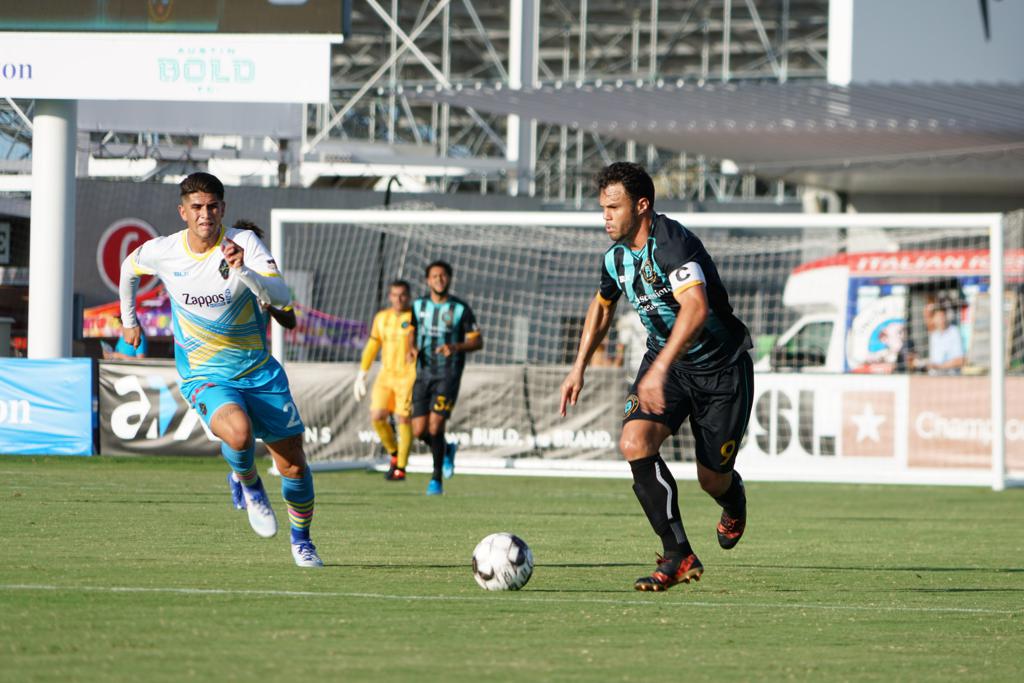 Lights FC was unable to find the antidote to stop veteran Brazilian striker Kléber, who became the second player in Bold FC history to score a hat-trick.

With only four games left to play in the 2019 regular season, Las Vegas currently sits in 14th place and four points out of the last playoff spot, with Lights FC needing to add each point available in those matches and requiring a combination of results to find their way into the "play-in" round of the postseason.

Lights FC follows up their game in Austin with another road match, having a date against Colorado Springs Switchbacks on Saturday, September 28 at 5:00 p.m. Las Vegas will then return home for their final two games at Cashman Field of the regular season by facing San Antonio FC on October 5 and Reno 1868 FC on October 12. Tickets are available at LightsFC.com/Tix or by calling 702-728-GOAL. The best ticket prices in town for Lights FC games can be found at every La Bonita Supermarket in the Valley.