Lights FC Travel to the Texas Capital for Key Matchup in Their 2019 USL Championship Playoffs Push. Game in Austin Kicks Off Two Game Road Trip For Las Vegas That Continues Against Colorado Springs Switchbacks on September 28. 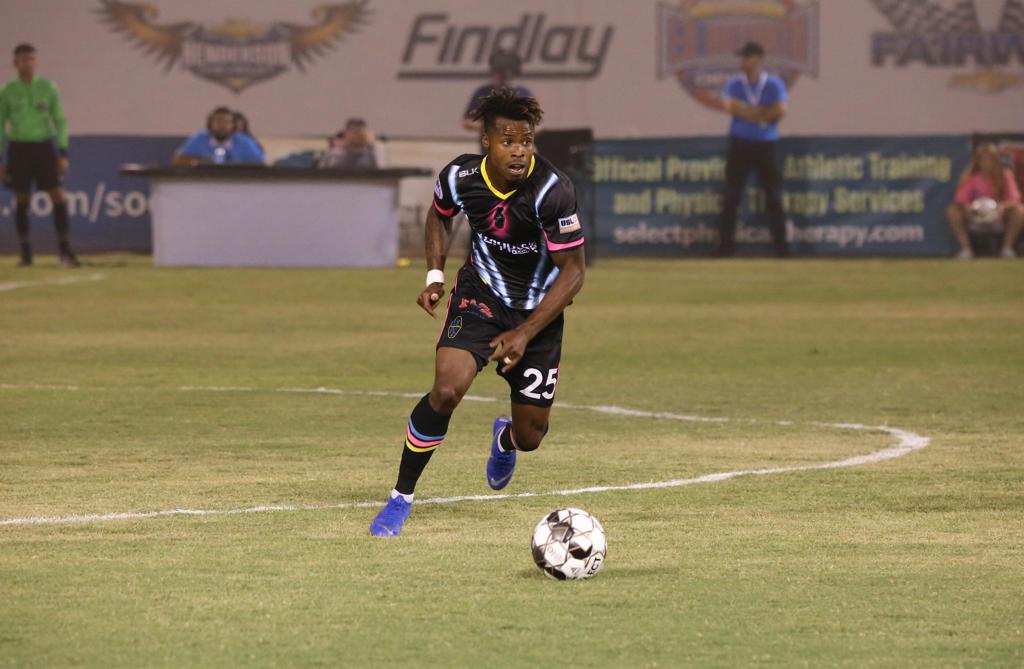 After only being featured in 82 minutes through Lights FC's first 24 matches, Panzani "Ferrety" Sousa has been a part of Lights FC's Starting XI in four of their last five games.

Austin, TX -- Lights FC looks to close the 2019 season strong with their goal set on obtaining positive results in the final five matches to elevate their possibilities to advance to the playoffs. With morale flying high after an impressive 3-1 win over Fresno FC, the second-best team in the Western Conference standings, Las Vegas sets their sights on a road match against Austin Bold FC on Sunday, September 22 with kickoff set for 4:00 p.m.

"The focus is certainly right now on getting points in Austin," said Lights FC manager Eric Wynalda. "After the win against Fresno, there's every reason for us to have a lot of confidence right now. I feel we can play at an optimal level. That’s always good for a coach, if they were uptight and tense that wouldn’t be a good thing. We need a winning mentality every time we take the field. It doesn’t matter where we play right now, every game needs to be three points".

Both teams kicked off their 2019 USL Championship season on March 9 with a scoreless draw at Cashman Field. The 198 days that separate the matchups between Lights FC and Bold FCis the longest wait in a series this season for each club.

"There's a lot of familiar faces with the same numbers on their backs that we’ll be facing from the first game of the season," stated Wynalda. "We’re coming in healthy, everybody is hitting full stride. Any team that goes hot right now usually does well in the playoffs, so that is our objective. Accumulate points, get in the playoffs, go into the playoffs hot and see how far we go.”

In the 3-1 Las Vegas victory over Fresno, striker Irvin Raul Parra became the franchise leading scorer with his eleventh goal of the season, snapping a streak of seven games without finding the back of the net. Now, the Inglewood native is part of the Lights FC history books and hopes to continue to leave his mark by helping the team advance to the playoffs for the first time.

"It means quite a lot. I know I took a year off, but I wanted to let people know that I could still play and especially in a city like this," said Parra. "I put a goal for myself before the season started that I wanted to make noise here in Las Vegas. It means a lot that I’m a part of history now." 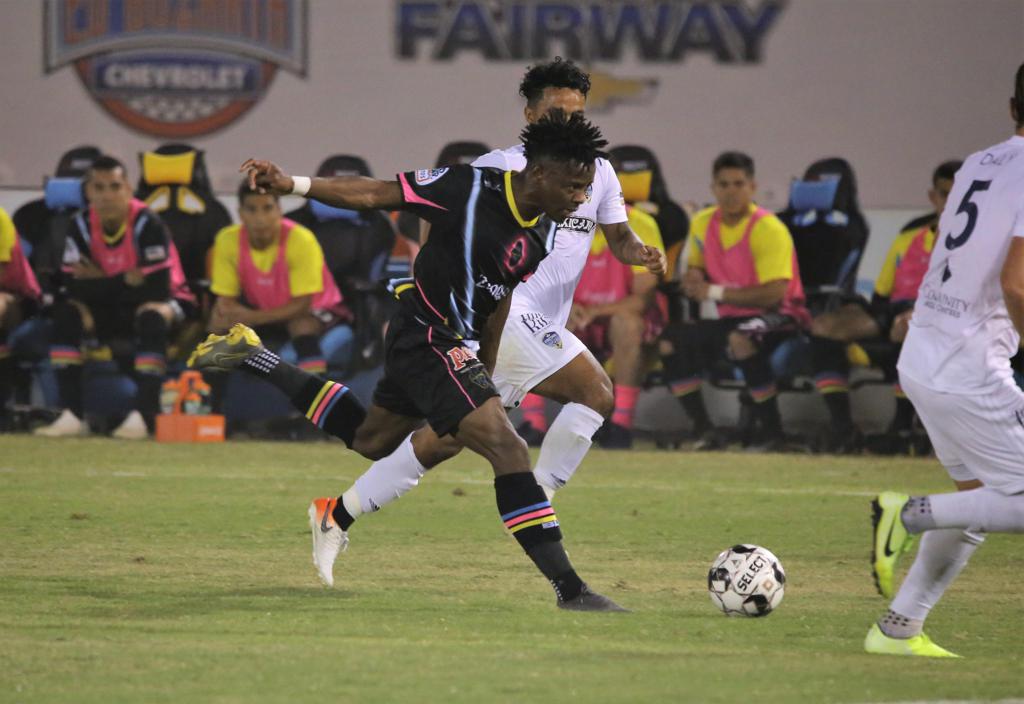 The next time Cameroonian striker Tabort Etaka Preston scores he will be come the fifth player in Lights FC history with at least 7 goals scored.

IMPROVEMENT FROM YEAR ONE

In the team's inaugural season, Lights FC ended in 15th place product of 31 points in 34 games. With five games left in their 2019 campaign, Las Vegas already has 4 more points than last year's squad, including one more overall victory and two more home wins, plus the defensive improvement is evident with 29 goals less allowed than in 2018.

Irvin Parra snapped a seven-game scoreless streak by knocking in a penalty kick against Fresno FC in Lights FC's 3-1 win against Fresno, becoming the franchise leading scorer with eleven goals. Surpassing the 10 that both Sammy Ochoa and Raul Mendiola registered with Las Vegas.

Parra currently leads Las Vegas not only in goals but also in assists with six. His 17 combined goals + assists are the most in a season by any Lights FC player. He is one of only seven players in USL Championship with 11 or more goals and 6 or more assists in 2019.

After going eight matches without finding the back of the net, Tabort Etaka Preston scored twice in Lights FC's last four matches.

The "Fresh Prince of Cameroon" is the second-best goalscorer this season for Las Vegas. His speed has been a key component to his game, with two of his goals being created with him taking the ball over 40-yards from the center of the pitch into the opponent's box.

Against Fresno FC, Cristian Martinez scored his first goal for Lights FC since joining the team on loan from MLS side Chicago Fire on August 23rd. In his first home start with Las Vegas, Martinez took advantage of a heads up play by Irvin Raul Parra in the 21st minute, finishing the play past a scrambling defense.

Martinez became the sixth player with National Team experience to be signed by Lights FC, as he made his Panamanian National Team debut in February 2016 against El Salvador in a friendly match. He played in a total of five games for his country in 2018, where he was named as part of Panama’s preliminary 35 man roster squad for the 2018 FIFA World Cup in Russia, his country’s first appearance in the most important soccer tournament in the world.

On his rookie season as a professional soccer player, Lights FC defender Gabe Robinson leads USL Championship with a total of 154 clearances.

After seeing action in only a total of 82 minutes through Lights FC's first 24 matches, Panzani Sousa has been a starter for Las Vegas in four out of their last five games. Against Fresno, he served Tabort Etaka Preston a stellar assist to Tabort Etaka Preston, who scored the game-winning goal against the Foxes.

"To be as patient as he's been and never give up, to always work and out-work everybody at practice, and when his number got called, he was ready", said Lights FC manager Eric Wynalda about Sousa. "The way he played against Fresno and the way he's been with us, has been terrific ... so hats off to him."

In its inaugural season, Lights FC had an impressive 110,031 fans in the stands for regular-season matches played in downtown Las Vegas. With two home games left in its 2019 regular season, Las Vegas surpassed that number on September 14 against Fresno, increasing their total this year to 112,474 attendees at Cashman Field. 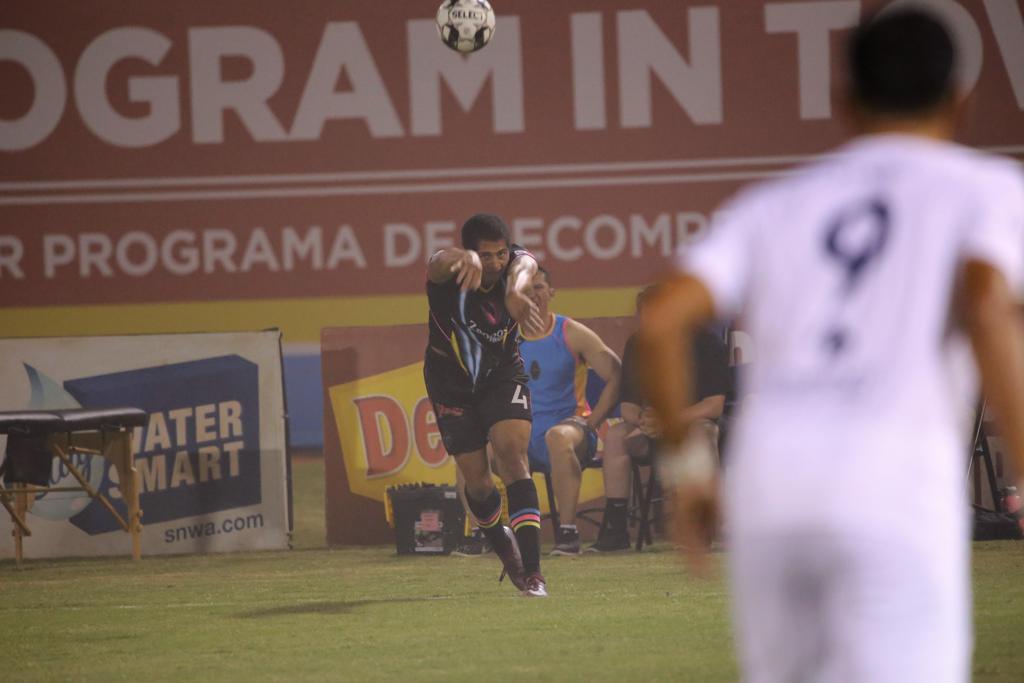 Gabe Robinson isn't only the owner of the "Most Dangeround Thrown In" in USL Championship, but he's also the league leader in clearances with 154.

Austin is one of seven USL Championship expansion franchises that made their debut in 2019, with Bold FC being one of only three who are in a playoff spot. Austin is currently seventh place in the Western Conference.

Marcelo Serrano was introduced as Bold FC's inaugural head coach in August 2018. Prior to his arrival to the Texas capital, Serrano was the head coach and general manager of the U.S. Virgin Islands Men's National Team ahead of World Cup qualifiers, the CONCACAF Gold Cup, and the CONCACAF Nations Cup.

Goalkeeper Diego Restrepo has been the top goalkeeper for Bold FC, starting in 25 of the team's 29 matches this season. The Venezuela native has 80 saves and 8 clean sheets, which are ranked third and ninth in the league, respectively.

The Spanish-language radio broadcast with Alvaro Puentes & Alejandro Romo on the call can be listened at ESPN Deportes 1460 AM & online on LVSportsNetwork.com.﻿﻿