LUCES FC HUNT DOWN THE ZORROS 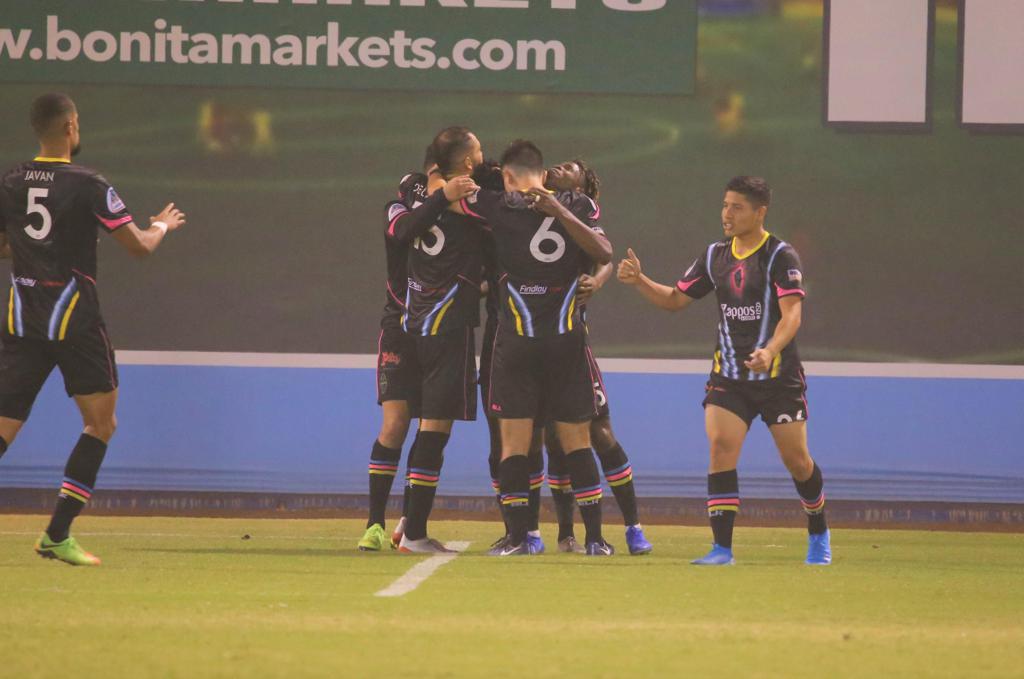 Luces FC's win elevates the team's chances of advancing to the playoffs in the 2019 USL Championship season, as they are now only 2 points away from the last postseason spot.

LAS VEGAS, NV – A much-needed win against a top opponent has Las Vegas only two points out of the playoff picture in USL Championship's Western Conference. A  3-1 victory over Fresno FC is a big breath of fresh air.

"We were well prepared and we had a very good plan defensively, but the true test of our character,'' said Luces FC manager Eric Wynalda. "In the last couple of weeks, we've had so many bad things, so much bad luck, late goals, and penalty kicks. There were a lot of reasons to quit, but there is no quit on this side. It's the best performance from everybody that we've had all year.  I'm ecstatic!"

But Fresno didn't hold on to the lead for long. Only 4 minutes later a heads up play by Irvin Parra gave Las Vegas the tie. A long ball by Panzani Sousa could've gone past the end-line to give the Zorros a goal kick, but goalkeeper C.J. Cochran tried to play it.  After saving it from leaving the field of play, Parra raced from more than 18 yards away and stole the ball from him. The ensuing footrace had Parra avoiding a defender, which allowed him to set up Cristian Martinez who then leveled the score with his first goal as a member of Luces FC.

"That's a huge virtue as players, always paying attention because you never know what can happen at any given moment,'' stated midfielder Cristian Martinez. "Fortunately Irvin was able to take advantage of the opponent's mistake and we were able to score. I'm very happy that we got this goal as a team."

After going into the halftime break with the score tied up 1-1, the first offensive play for Las Vegas in the second half proved to be the game-winning effort. In the 58th minute Panzani "Ferrety" Sousa served a high cross into the box, that a streaking Tabort Etaka Preston knocked in with a powerful header to give Luces FC the lead 2-1.

"We've been trying plays like this one at practice. Every practice session, we try to improve the playing style that we have, said Luces FC striker Tabort Etaka Preston. "I have to understand my teammates, and they have to understand me as well. Today we delivered results from all of our hard work ."

Tabort Etaka Preston was tackled down in the box by Emir Alihozic, with referee Malik Badawi calling a foul that awarded Las Vegas a penalty kick. Irvin Raul Parra was the man in charge to execute it.  With a successful attempt, he not only put Luces FC ahead by 2, but he also became the top goalscorer in franchise history with 11 goals.

With tonight's goal and assist, Irvin has been involved in a total of 17 Luces FC scores (11 goals + 6 assists), which surpass the 15 combined goals and assists that Sammy Ochoa led Las Vegas with during the team's inaugural season. 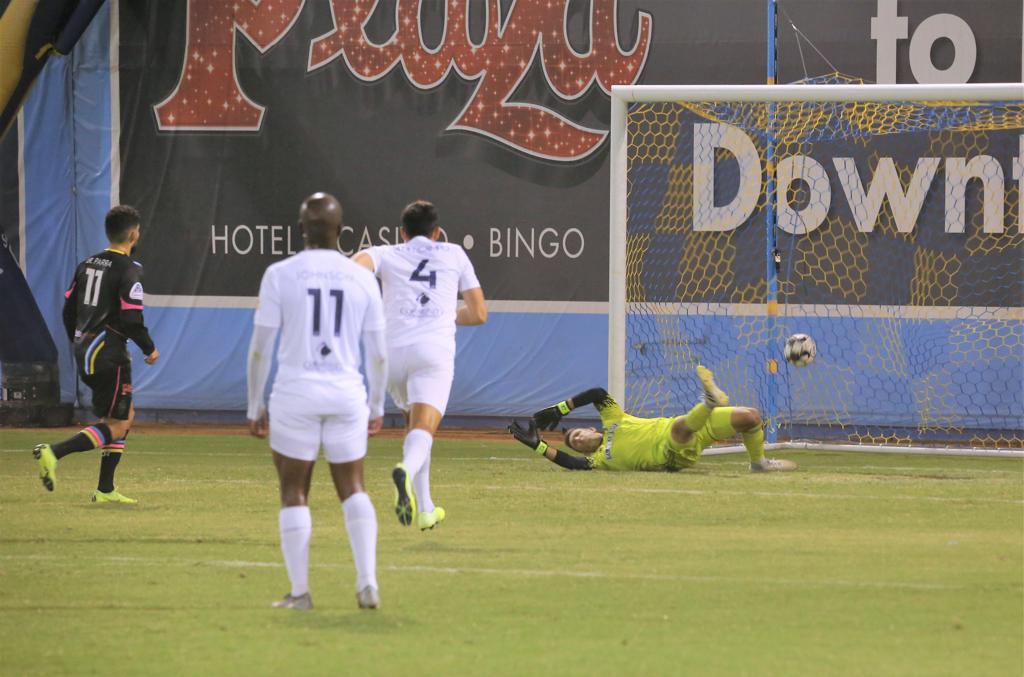 The victory elevates Luces FC to 35 points in the season, only 2 points away from San Antonio FC who at the moment is the owner of the final playoffs spot in the Western Conference. Las Vegas has 5 games remaining in the regular season, and one of them being a home match against San Antonio.

"We know where we are in the standings, but there's just no quit in this team. We still got five games and the points are out there," stated Wynalda. "We have to go for three points in each of the next two road games, we have no choice. Just take the gloves off and swing, we're ready."

After playing four games in an eleven-day span, Las Vegas will now have a full week to prepare for their next match. Luces FC's next two games will be on the road, first off against Austin Bold FC on Sunday, September 22 at 4:00 p.m., followed up on Saturday, September 28 versus Colorado Springs at 5:00 p.m.

The Lights will then take on their final two home games of the regular season by facing San Antonio FC on October 5 and Reno 1868 FC on October 12. Tickets are available at LightsFC.com/Tix or by calling 702-728-GOAL. The best ticket prices in town for Lights FC games can be found at every La Bonita Supermarket in the Valley. 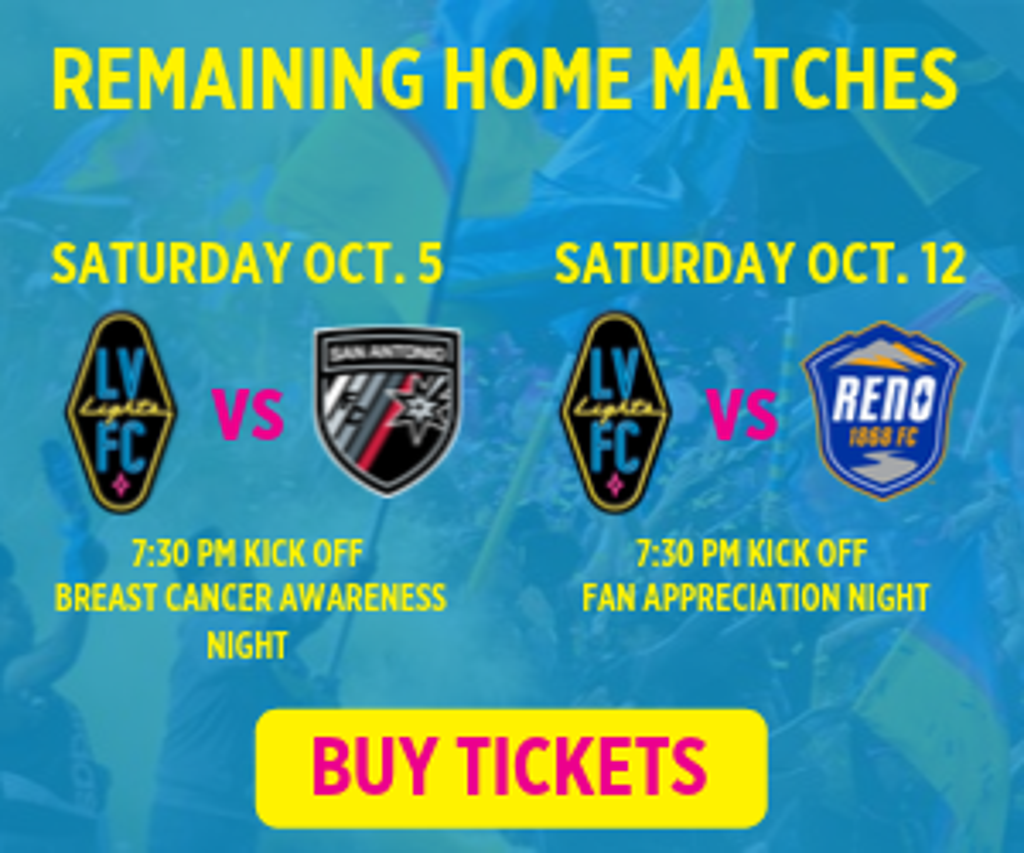 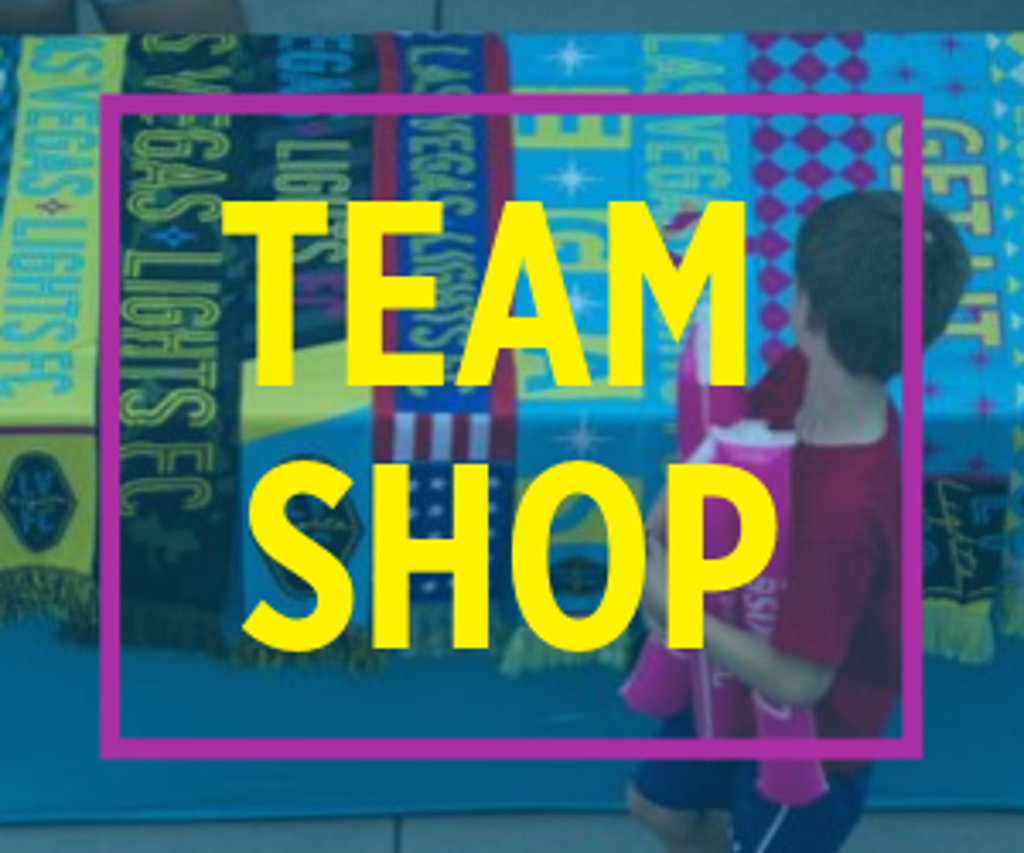