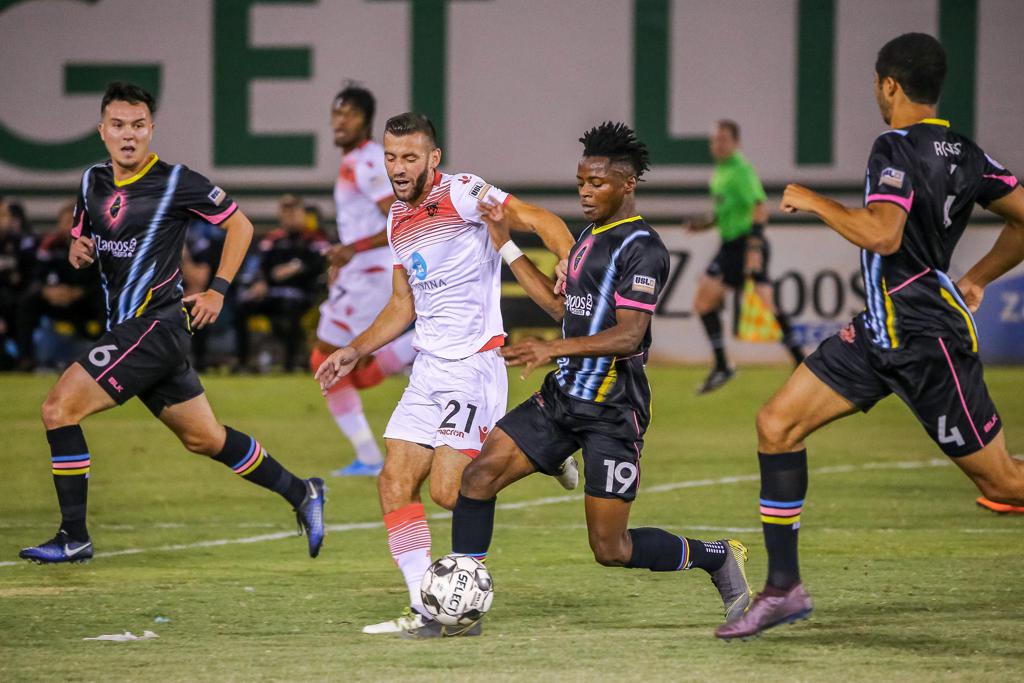 Tabort Etaka Preston scored the last goal for Luces FC, with the team having an active scoreless streak of 189 minutes.

Las Vegas, NV -- Luces FC will step on the pitch of Cashman Field for the third time in eight days this Saturday, as they'll face Fresno FC at 7:30 p.m. The Foxes arrive in Las Vegas as the second-best squad in USL Championship's Western Conference with 50 points in 26 games. In the last matchup between both sides, Las Vegas suffered a 2-1 defeat while playing a man-down during the second half after Jonathan Levin received a direct red card that had him sent off.

"We have to be at our best to get points out of this match," said Luces FC manager Eric Wynalda. "It's our chance to beat one of the top teams in the conference, to prove to ourselves and our fans that we can compete at this level. Beating them would be a confidence boost for the group, not just because we're at home, but the fact that we're able to get a good result against a team that's clearly going to be in the playoffs and clearly take this farther than most".

Wynalda has a special link to Fresno's leading scorer Jaime Chavez, who he discovered in a Sunday league game several years ago. In 2014 he signed him to his first professional contract with the Atlanta Silverbacks of the NASL. After scoring three goals in his first 15 games this season, Chavez has found the back of the net six times in his last 6 games, including scoring both goals in Fresno's 2-1 win against Lights FC on August 3rd.

"Chavez has been terrific since we last played against him", stated Wynalda. "We know what he's all about, he has proven to be one of the best forwards in this league. He had a slow start, he had an injury that he was dealing with, but he has been impressive since he caught fire."

With five weeks left in USL Championship's regular season, Luces FC has to make the most of each of their remaining matches to have a shot at jumping up to at least tenth place in the Western Conference. Teams placed seventh through tenth will play in the 'play-in' round of this year's playoffs.

"It's not over until it's over and we still have six games left", said Luces FC goalkeeper Thomas Olsen. "We just need to string some results together. Keep pushing and we can find the back of the net. Fresno is a good team, but we'll have a good shot at them if we put a performance together like the one we had against Phoenix. Everything from now is a must-win and we got to give the fans something to cheer for."

Fresno FC has been one of the most solid teams on the road in the 2019 season. The Foxes won their sixth game away from home this past Saturday, defeating 1868 FC by a score of 3-2 in Reno. With ten wins in their last twelve matches, Fresno has rised all the way to second place in the Western Conference standings.

Adam Smith was announced as the inaugural coach for the Foxes on November 9, 2017, after having a successful three-year stint as a top assistant with Sacramento Republic FC. He led Fresno FC to a 12th place finish with 39 points in the 2018 season.

Jaime Chavez is Fresno's top goalscorer with 9 goals. Six more Foxes players have scored at least 3 goals in 2019: Jemal Johnson and Qudus Lawal with 7, Arun Basuljevic with 4, plus Jackson, Ramón Del Campo and Christian Chaney with 3 each.

C.J. Cochran has started at goal every regular season match for the Foxes this year, where he's the leader of the second-best defense in the West by allowing only 25 goals in 27 games. He has shutout his opponents in six matches this season, surpassing the 5 regular season clean sheets he had as a backup goalkeeper between his 2018 and 2017 seasons with Fresno and OKC, respectively. 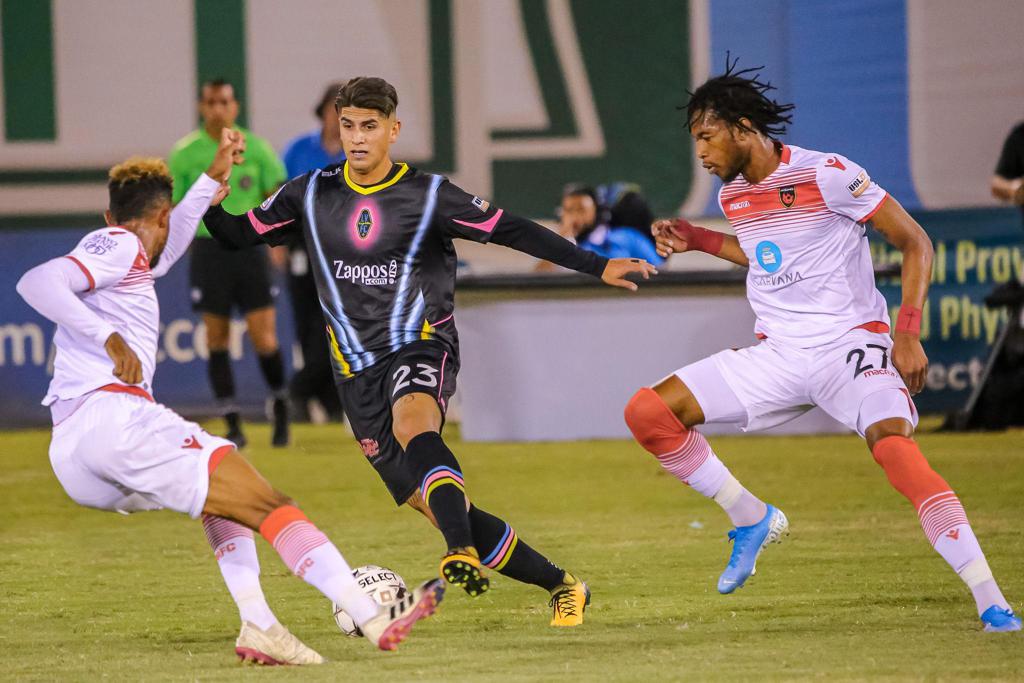 After playing in 21 games with Luces FC in the team's inaugural season, defender Christian Torres has already seen action in 25 matches this year.

On his rookie season as a professional soccer player, Luces FC defender Gabe Robinson is tied for the lead in USL Championship with a total of 142 clearances, same amount that Tulsa's Cyprian Hedrick has.

After working hard on his recovery for six months, De La Fuente made his 2019 USL Championship debut by being subbed in the 71st minute against Portland Timbers 2 on August 24. He has now played in five games in a row, including the last three as a starter. His minutes increased throughout his first three games all the way to the full 90 versus El Paso on Saturday, September 7.

For a forward, getting out of a slump is very important. After 8 matches without finding the back of the net, Tabort Etaka Preston was able to get his fifth goal of the season against Real Monarchs SLC on September 4th.

The "Fresh Prince of Cameroon" is Luces FC's second-leading goalscorer this season. His speed has been a key component to his game, with two of his goals being created with him taking the ball over 40-yards from the center of the pitch into the opponent's box.

Twenty-seven games through the 2019 season, Luces FC hasn't only relied on their strikers and offensive midfielders to find the back of the net, defenders have also delivered by getting goals for Eric Wynalda's side.

Against Real Monarchs, Christian Torres scored his second goal of the year. He joined Javan Torre (4) and Gabe Robinson (3) as Luces FC's defenders with multiple goals this season. The 9 goals Luces FC defenders have so far this year surpass the 6 that Las Vegas had in 2018 (4 by Joel Huiqui and 2 by Miguel Garduño).

Parra is currently tied with Sammy Ochoa and Raul Mendiola as the leading scorers in franchise history with 10 each. Irvin Raul Parra currently leads Las Vegas not only in goals (10) but also in assists with five. With his next goal or assist, he'll surpass Sammy Ochoa's 15 combined goals + assists from 2018, which led the team in its inaugural season. Parra's current seven-game streak without scoring is his longest of the season.

Thomas Olsen tied his season-high with five saves against Portland Timbers 2. His performance earned him his second USL Championship Team of the Week selection. “TKO” is seventh-best in the league with 71 saves. 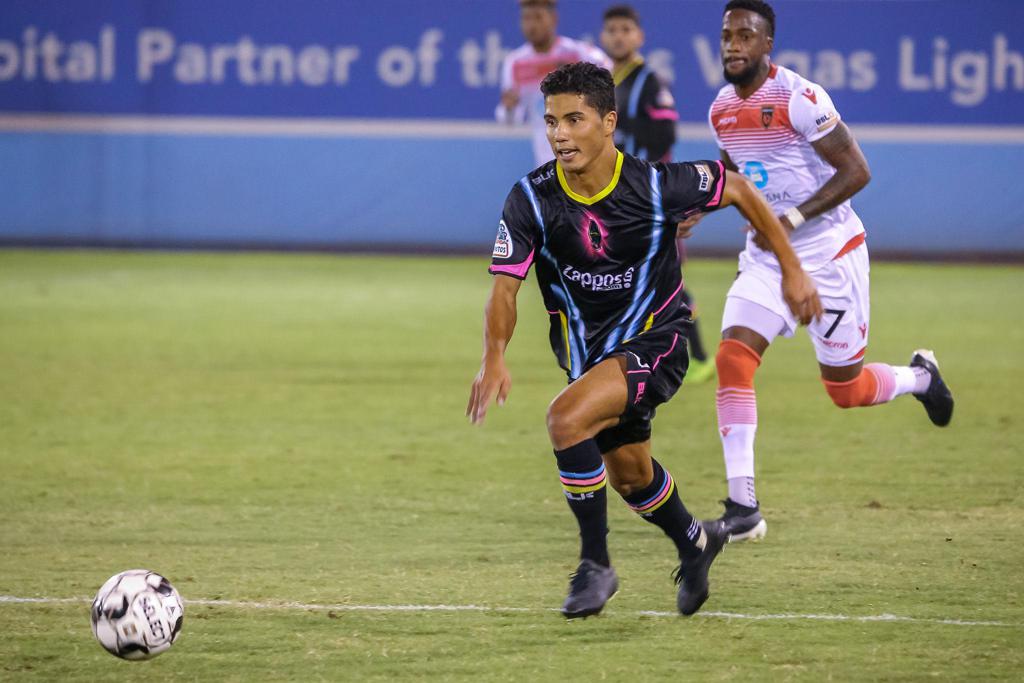 HERE IS EVERYTHING ELSE YOU NEED TO KNOW AHEAD OF SATURDAY'S MATCH VS. FRESNO FC FOXES:

** Saturday’s match kicks off at 7:30 p.m., start time for all Luces FC home matches in 2019. For on-site ticket purchase at Cashman Field, both the box office and will call open at 2:00 p.m. on regular-season gameday. Tickets are available at LightsFC.com/Tix and at every La Bonita Supermarket in Las Vegas.

** As part of the celebration for Hispanic Heritage Night at Cashman Field, Las Vegas Lights FC will change its name to "Luces F.C." for Saturday's match, with it being incorporated to a new club logo.

** To celebrate Hispanic Heritage Month, Luces F.C. will be selling a special $20 All-You-Can-Drink/Eat of Estrella Jalisco cerveza and tamales (chicken & beef). Fans can purchase the special in advance of Saturday's match by visiting LightsFC.com/Tamales or at the Luces FC Customer Service Booth at Cashman Field (located on the main concourse). Sales of the $20 Cerveza & Tamales special will be limited to a select number to ensure a smooth fan experience to all purchasers.

** The Pitchside Pool Party will conclude this Saturday. It features multiple "swimming pools" located pitchside to bring fans as close to the action as possible. Each pool rental is priced at $50 and can be reserved at LightsFC.com/PoolParty, or by calling 702-728-GOAL.

** The party doesn't stop at the end of the action on the pitch. After every Luces FC home match, Two Roots Brewing, and Zappos will host the "Happier Hour" post-game party at Cashman Field's Club Level Restaurant. Team players and manager Eric Wynalda will make an appearance at the party that is open to fans of all ages that are in attendance at Cashman Field.

WHERE TO WATCH & LISTEN TO LAS VEGAS LUCES FC VS. FRESNO FC FOXES:

Las Vegas Luces FC fans will be able to follow-up along with every match of the 2019 USL Championship season via national & local media outlets.

The match will also be aired on ESPN+, while the Spanish-language radio broadcast with Alvaro Puentes & Alejandro Romo on the call can be listened at ESPN Deportes 1460 AM & online on LVSportsNetwork.com.﻿﻿