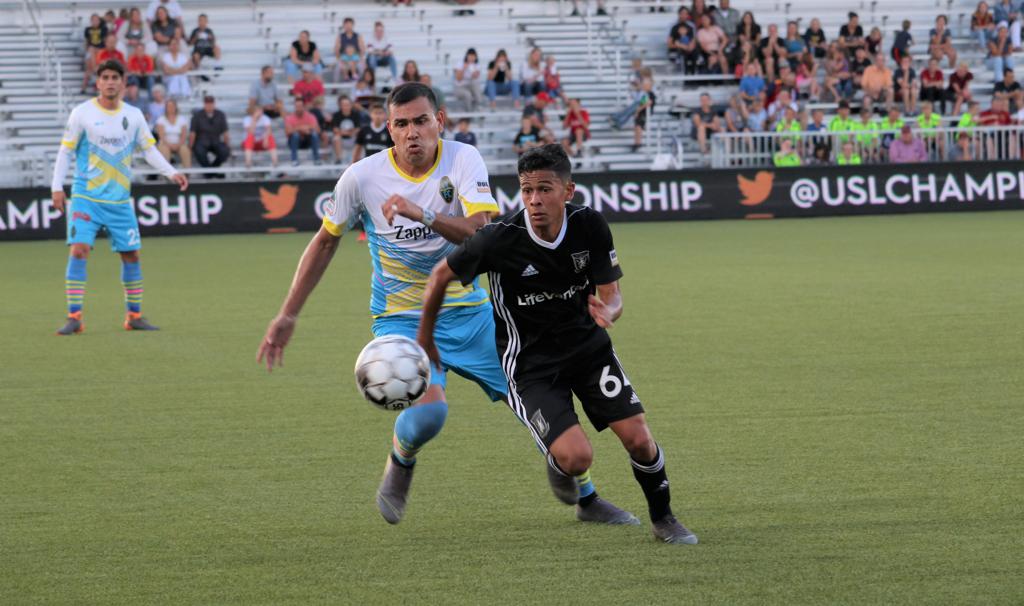 Lights FC was able to get positive results on the road in back-to-back games for the first time in the 2019 USL Championship season.

HERRIMAN, UT – Lights FC put themselves in a great position to obtain a road win against one of the toughest home teams in the Western Conference. Unfortunately, with less than a minute left in the added time of the second half, a shot from Real Monarchs captain Jack Blake found its way to the back of the net to cut Lights FC's chances to get the victory. Instead Lights FC head back to Sin City with a 2-2 draw.

"Despite the result, the fight that we demonstrated tonight was amazing,'' said Lights FC manager Eric Wynalda. "We're gutted that we didn't get the 3 points tonight because we deserved it. There's still a lot of positives to get out of this game. It’s the first time this season we have consecutive road matches without a loss and we're one point closer to a spot in the playoffs."

Despite playing against a team with three players from MLS side Real Salt Lake in their lineup, Lights FC put a high press on Real Monarchs in the match that ended up paying off. A steal in the final third of the pitch allowed Junior Sandoval to lob a pass to Christian Torres, who struck the ball past goalkeeper Andrew Putna with a left-footed kick inside the box, opening the score for Las Vegas in the ninth minute.

"We're forcing the opposition to go against a very organized high press," stated Wynalda. "That's when people can see that this team is getting better each game when you're forcing mistakes from good players and it's reflected by taking the lead".

After exchanging chances, the home side got a golden opportunity to level the score when the referee called a handball in the box on Las Vegas defender Gabe Robinson. This gave Real Monarchs a penalty kick that Jack Blake capitalized in the 41st minute to send the teams with a 1-1 tie into the halftime break.

Lights FC reinforced their midfield with a pair of substitutions, first with Mobi Fehr at halftime and 13 minutes later with Victor Rojas replacing Cristian Martinez and Panzani Sousa, respectively. This was Fehr's return to action after being out for over a month with a lower-body injury.

Las Vegas conceded the possession of the ball to the Monarchs, who created opportunities to take the lead, but goalkeeper Adam Hobbs accumulated five saves to tie the season-high for Lights FC's goalies.

"These last two games afforded Hobbs the opportunity to get minutes with the team," said Wynalda. "He earned the respect of everybody in our locker room, I needed to be sure that Hobbs is available and I'm so proud of his performance because he delivered on all levels."

With Real Monarchs pushing their lines aggressively, the Lights took advantage of a counterattack off of a long throw-in by the home side. Javan Torre set up Tabort Etaka Preston for a 50-yard run to the opposing goal, where he ended up in a one-on-one opportunity against Andrew Putna, winning the battle by scoring his fifth goal of the year to give Las Vegas the lead in the 81st minute.

But the match doesn't end until the referee indicates it, and Real Monarchs capitalized on six minutes of added time being tacked on to the second half. After not being successful in their first three attempts in stoppage time, the fourth time was the one where they finally broke the Las Vegas defense. Kalen Ryden set up Jack Blake in the box, taking a shot that got through five players to tie the game and leave the final score at 2-2. 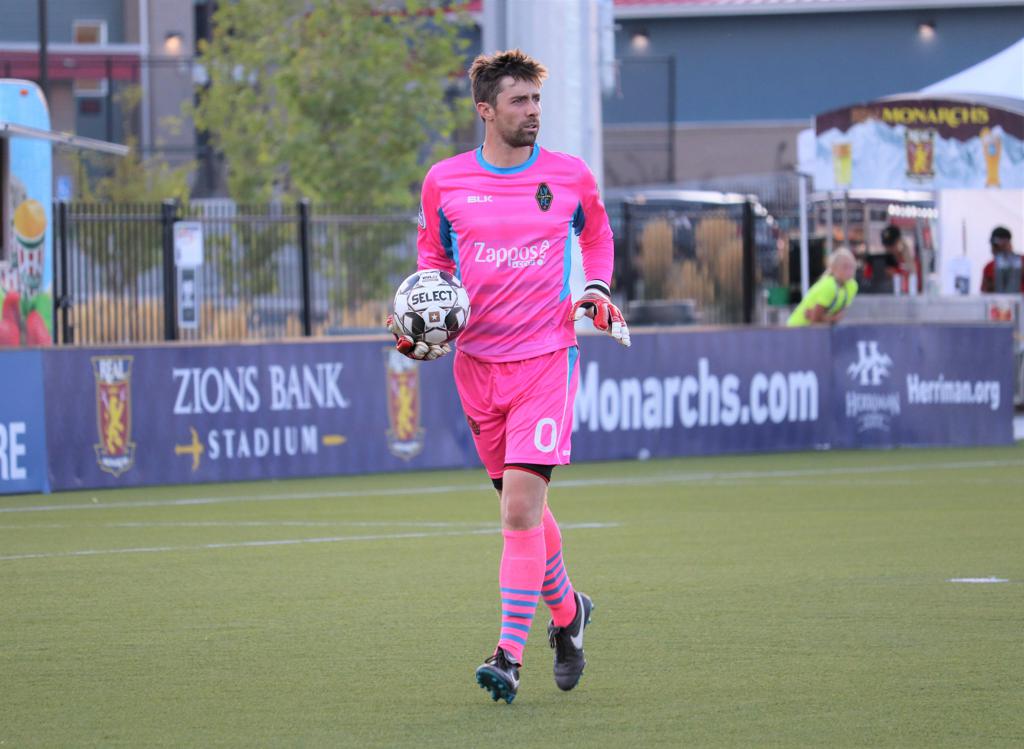 Adam Hobbs was Lights FC's starting goalkeeper for the second match in a row. His five saves matched the season-high for a Las Vegas goalie this season.

After playing five out of their last six matches on the road, Las Vegas returns to Cashman Field for a three-game homestand that kicks off by hosting El Paso Locomotive FC on Saturday, September 7 for Helicopter Drop 2.0 night. Doubling in size from last year’s enormously successful event, the Helicopter Cash Drop returns with more prizes and gifts, including $5,000 cash and $5,000 in 'Plaza Bucks' from the Plaza Hotel & Casino. Entry will be limited to 200 participants aged 21 & over.

Four days later, Lights FC will face league-leadingPhoenix Rising FC on Wednesday, September 11. This match is USL's "ESPN Game of the Week" to be streamed on ESPN3. The homestand will conclude on Saturday, September 14 when Las Vegas faces the Fresno FC Foxes, who are currently second place in USL Championship's Western Conference.

Tickets for all remaining Lights FC home matches are available at LightsFC.com/Tix or by calling 702-728-GOAL.