Lights FC kicks off their busiest month of the 2019 USL Championship season with a road match against Real Monarchs in Utah. 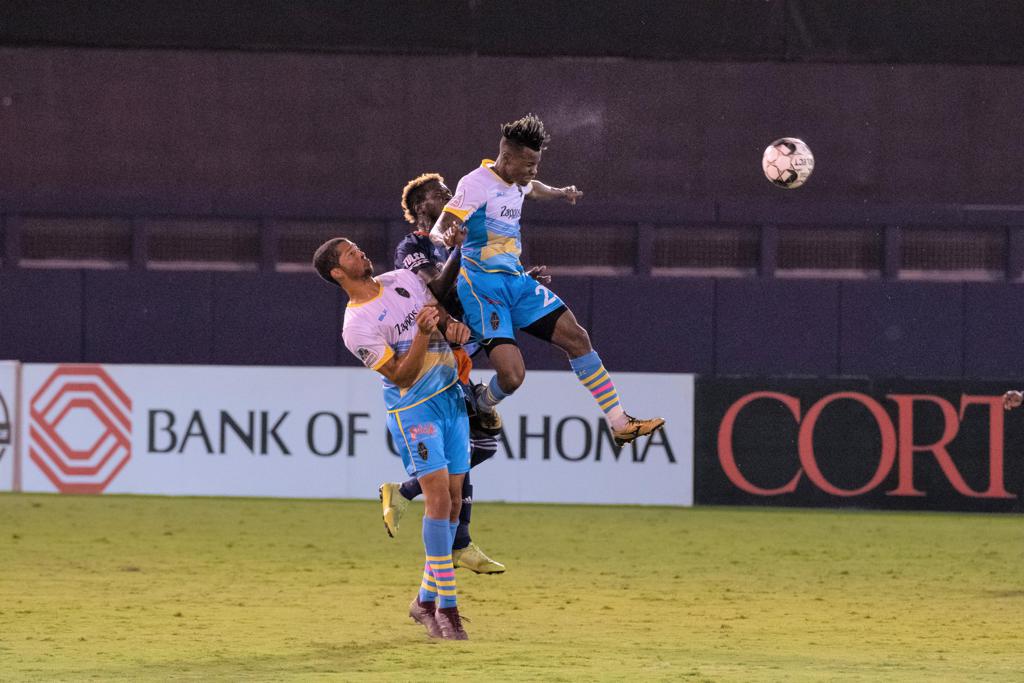 Panzani 'Ferrety' Sousa took advantage of being part of Lights FC's Starting XI against Tulsa, being praised by Eric Wynalda for his performance.

Las Vegas, NV -- Lights FC have nine games remaining in the 2019 USL Championship regular season, with four of them being played in an eleven-day stretch that kicks off Wednesday as Las Vegas visits Real Monarchs SLC in Herriman, Utah.

"This is probably one of the most critical moments in our season," said Lights FC defender Panzani Sousa. "Everyone has to be engaged day in and day out and take care of their bodies even more because there's a short amount of time to rest. We have to get back and recover as fast as we can.

Sousa got his first regular-season start of the year on the road last week in Lights FC's 1-1 draw against Tulsa. His performance earning praise by head coach Eric Wynalda. Just like Sosua, other players might receive these kinds of opportunities with the heavy schedule in the first two weeks of September.

"We have players who will be able to help us. Guys that will contribute a lot coming off the bench or guys getting a shot in the lineup,'' stated midfielder Junior Sandoval. "We hope everyone takes advantage of any chance they can because we need the results".

Sandoval is slated to return to action after missing the last two Lights FC matches. First against Portland Timbers 2 due to yellow card accumulation, and afterward versus Tulsa Roughnecks FC for personal reasons.

"I'm anxious to get back onto the field and be able to help my teammates,'' said Sandoval. "We know it will be a really difficult game against Real Monarchs, they will have a slight advantage because it's on artificial turf, but at the end of the day we're going in full force and I think we can get a positive result out of this match". 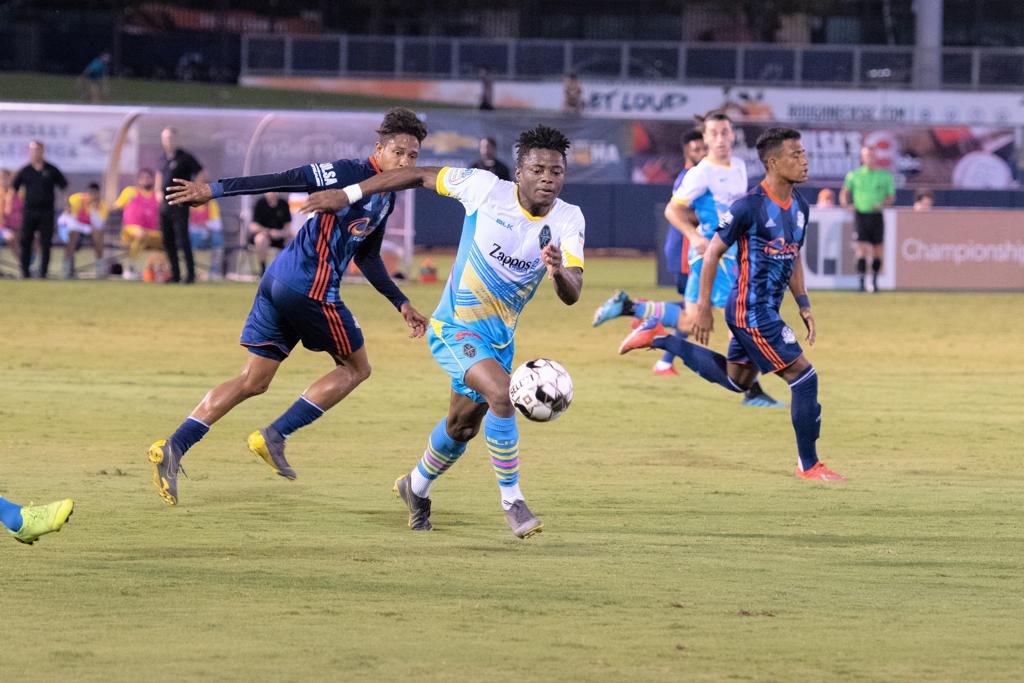 After losing back-to-back home games in May against Fresno FC and Phoenix Rising, the Monarchs are undefeated in their last six matches at Zions Bank Stadium, including five wins. They have racked up seven victories and two draws in their last eleven matches, improving to sixth place in the Western Conference standings.

Jamison Olave took over as interim head coach with Real Monarchs after Martin Vasquez resigned as the team's manager on July 1st. Under Olave's management, the Monarchs have a record of 4 wins, 3 draws, and 2 defeats.

Over the last ten games, David Ochoa and Andrew Putna have split the starts as Real Monarchs' goalkeeper. In 2018 Ochoa became the second-youngest goalie to debut in USL history. In November he got signed to a homegrown talent contract by MLS side Real Salt Lake. 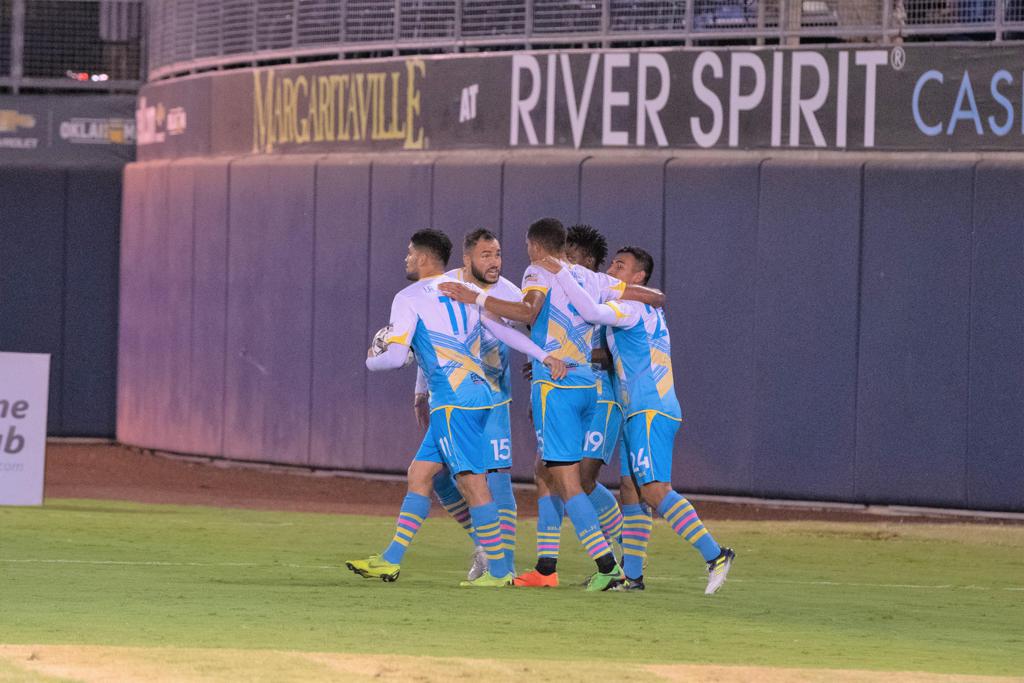 Thomas Olsen tied his season-high with five saves against Portland Timbers 2. His performance earned him his second USL Championship Team of the Week selection. “TKO” is tied for fifth-best in the league with 63 saves.

Twenty five games through the 2019 season, Lights FC hasn't only relied on their strikers and offensive midfielders to find the back of the net, defenders have also delivered by getting goals for Eric Wynalda's side.

Javan Torre scored his fourth goal of the year with a header off a corner kick against Tulsa. Defenders Gabe Robinson (3) and Christian Torres (1) have also scored for the Lights this season. The 8 goals Lights FC defenders have so far this year surpass the 6 that Las Vegas had in 2018 (4 by Joel Huiqui and 2 by Miguel Garduño).

After playing in a total of seven official matches for Lights FC, Panzani "Ferrety" Sousa got his first opportunity to be on the team's Starting XI against Tulsa last Wednesday and he delivered.

Being on the pitch for 79 minutes before being subbed out, Sousa was key for Lights FC's efforts both offensively and defensively in a 1-1 road draw, and Las Vegas manager Eric Wynalda raved about Sousa's performance. "He has worked so hard to get into the lineup, he defines the kind of player that I want on this team. He has that desire in him, he never gives up, and goes all the way until the end," said Wynalda about the Togo native.

With his diving header game-winning goal against RGV FC, Parra reached 10 goals in the 2019 season, becoming the second Lights FC player with double-digit goals in a single season while being the fastest one to do so in only 18 games. The Inglewood native is currently ranked seventh-best in goals scored in USL Championship's Western Conference.

He is now tied with Sammy Ochoa and Raul Mendiola as the leading scorers in franchise history with 10 each. Irvin Raul Parra currently leads Las Vegas not only in goals (10) but also in assists with five. With his next goal or assist, he'll surpass Sammy Ochoa's combined goals + assists from 2018, which led the team in its inaugural season.

MLS veteran Jose Villarreal joined Lights FC as a free agent late in May, and since then he has been featured by Las Vegas in its attack. After providing a pair of assists, "Chepe" scored his first goal with a tap-in against Portland Timbers 2 on August 24th. He became the 14th player to put the ball in the back of the net for Las Vegas in the 2019 USL Championship season.

After working hard on his recovery for six months, De La Fuente was cleared to play after training for three weeks full force with his squad. He made his 2019 USL Championship debut by being subbed in the 71st minute. Four days later he was a halftime substitution against Tulsa Roughnecks FC, playing the full second half of the match.

Wednesday's game (6:00 p.m. kickoff) will be streamed on ESPN+, with the Spanish-language radio broadcast with Alvaro Puentes & Alejandro Romo on the call available on ESPN Deportes 1460 AM & online on LVSportsNetwork.com.﻿

Calling all Lights FC fans, it's time to vote for your favorite goal in team history. We've narrowed down from 97 regular season goals to 8, now it's your turn to pick which one you think is the best! America First Credit Union presents the poll to select the Best Goal in Lights FC History!