LIGHTS FC LEVEL ON THE ROAD AGAINST TULSA ROUGHNECKS FC

In their second game in a five day span, Las Vegas kicks off two-match road trip with a 1-1 tie in Tulsa. Javan Torre scored his fourth goal of the 2019 USL Championship season with a header in the second half. 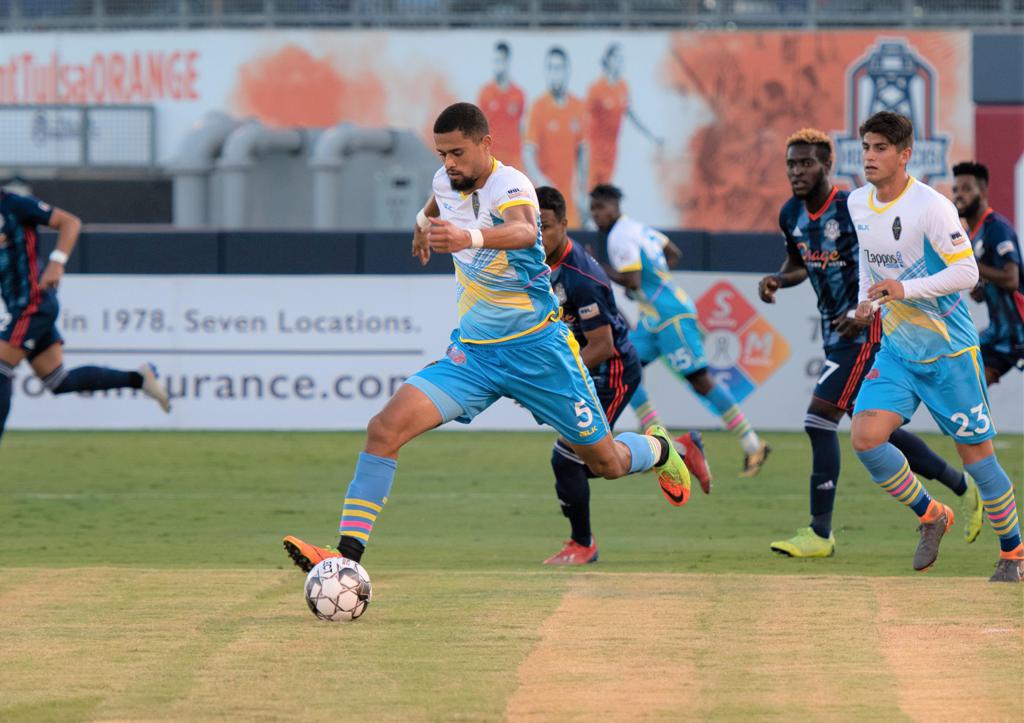 Javan Torre's goal against Tulsa was his third on the road this season, all being stuck with headers coming off of corner kicks.

TULSA, OK – Lights FC traveled to Tulsa with the objective of getting closer to a playoff spot in USL Championship's Western Conference, and they succeeded. After a 1-1 draw, Las Vegas is now only 2 points away from the tenth and final place in the West that gives a ticket to the postseason.

Las Vegas had a total of 5 changes in its Starting XI compared to the lineup used four days ago at home, including goalkeeper Adam Hobbs' debut with the team and the first starts with Lights FC for Cristian Martinez and Panzani Sousa.

Even though the Lights conceded the possession of the ball for the majority of the first half, it was Las Vegas who had the most shots (4) and shots on target (1) before the halftime break.

Lights FC captain Bryan De La Fuente was the first player to be subbed into the match, with the team immediately feeling his presence on the pitch. He replaced Jesus Gonzalez at halftime, who was playing with a yellow card after being booked in the first half.

"When our captain was on the field we became a better team because we played a smarter, more intelligent brand of soccer," said Lights FC manager Eric Wynalda. "It's a constant reminder of how much pain and suffering this team has had to go through without its captain. He really is a difference-maker for us."

The match opened up for both sides after Las Vegas opened the second half being more aggressive towards their opponents half of the field, paying off by opening the score in the 62nd minute. Tabort Etaka Preston struck a corner kick into the 6-yard box to Javan Torre, who hammered a header to get the ball past the final line to open the score with his fourth goal this season.

But Tulsa seven minutes later equalized the scoreboard after a long throw-in by Luca Lobo wasn't cleared in the box and fell in front of Tobenna Uzon who punted it into the back of the net.

Lights FC's final substitution was one done to replace a player who was hurt on the field. Panzani Sousa, who made his first start with Las Vegas in this match, was cramping and the coaching staff decided to replace him with Vinnie Vermeer. Wynalda praised Sousa for his performance on the pitch. "He has worked so hard to get into the team, he defines the kind of player that I want on this team. He has that desire in him, he never gives up, and goes all the way until the end. Hopefully, he was just cramping and it’s not a pull, because that's the kind of player that I like.”

Unfortunately, less than a minute after entering the game Vermeer was fouled on a hard challenge. After getting run over by Panin Boakye-Mensa, the Tulsa player landed on top of his shoulder. Even though he returned to the field, he didn't do so at 100% of his capabilities.

"We had an unfortunate issue with Vinnie, who injured his shoulder and was unable to be very helpful because he was playing hurt," stated Wynalda. "We practically played with 10 men at the end.  We had to shut it down and get the tie." 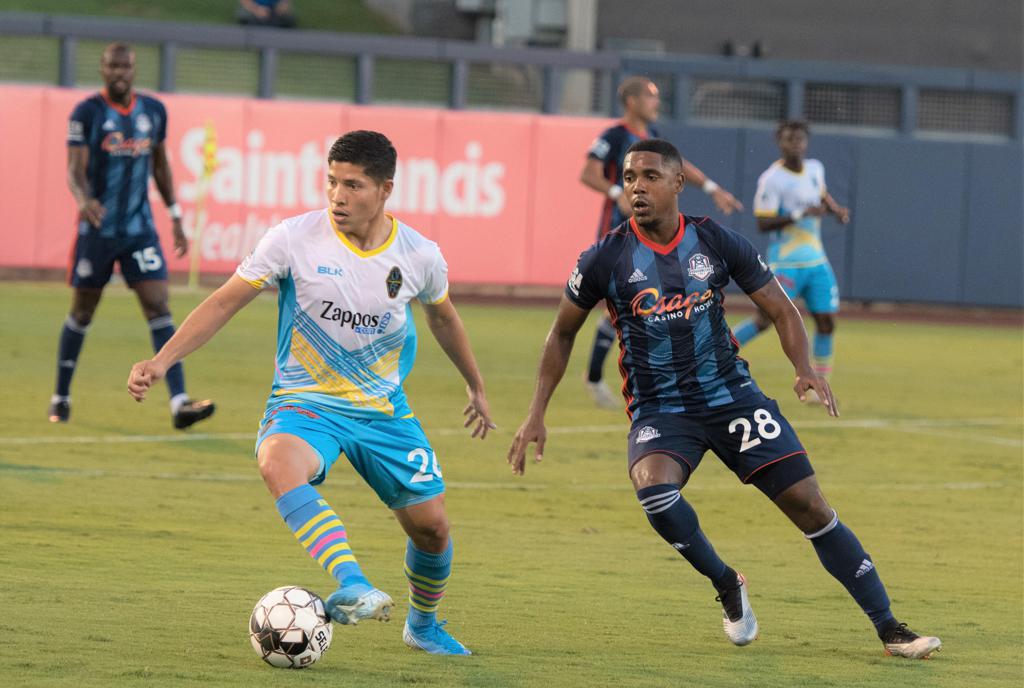 Chicago Fire loanee Cristian Martinez made his first start with Lights FC versus Tulsa Roughnecks FC, this after making his debut with the team as a substitute against Portland Timbers 2.

The 1-1 draw leaves Las Vegas only two points away from the final playoff spot in the Western Conference and five points away from fourth place in what is sure to be a tight fight to make it to the postseason. Seven of Lights FC's nine remaining regular-season games are against teams who are currently in a playoff spot.

Lights FC has one more match on the road before returning to Las Vegas for a three-game homestand. On Wednesday, September 4th they will visit Real Monarchs, who currently sit in sixth place 4 points ahead of the Lights.

Lights FC's homestand kicks off in less than two weeks, where they will play three games in 8 days at Cashman Field. Las Vegas will start it by hosting El Paso Locomotive FC on Saturday, September 7 for Helicopter Drop 2.0 night. Doubling in size from last year’s enormously successful event, the Helicopter Cash Drop returns with more prizes and gifts, including $5,000 cash and $5,000 in prizes from the Plaza Hotel & Casino. Entry will be limited to 200 participants aged 21 & over.

Tickets can be purchased at LightsFC.com/Tix, at any La Bonita Supermarket in Las Vegas, or by calling 702-728-GOAL.