After key home win against Portland, Lights FC will begin a two-game road swing by visiting Tulsa Roughnecks. Las Vegas is only three points away from a playoff spot in USL Championship's Western Conference. 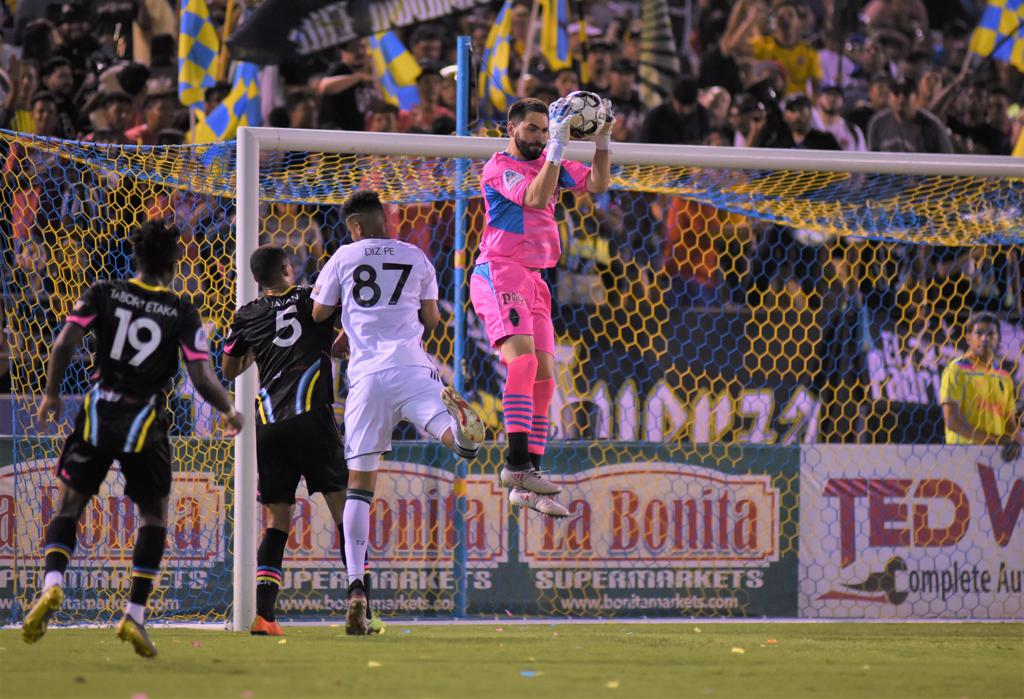 Thomas Olsen's ninth clean sheet of the season earned him being selected to USL Championship's Team of the Week.

Las Vegas, NV -- Even though the USL playoffs don't begin until October 23rd, for Lights FC every game from now has a postseason-feel. Currently sitting three points out of the final playoff spot in the Western Conference, Las Vegas still has their destiny in their hands as the teams who are currently tied for tenth place have played one more match than the Lights. That's why this road battle on a short week against Tulsa is key.

"They have some clever players in the midfield, some speed on the edges, certainly an experienced enough back-line that is strong in the air,” said Lights FC manager Eric Wynalda. “They had a great start of the season, leading the league in almost all categories. They kind of fell off after that and stopped having the confidence, so they were unable to get some results. This is a team that you have to be really careful with, they're tactically sound and disciplined."

Lights FC midfielder Jonathan Levin is coming off of his second full-game of the 2019 season, with Las Vegas winning both of those matches. The former Roughnecks FC player wants to follow that performance with another win for his team.

"It was a very important victory for us, we needed those 3 points to stay in playoff contention and to earn more confidence as a team", stated Levin. "We face every game with the seriousness that it deserves, we're going to leave everything on the pitch at Tulsa because we want to return to Vegas with a win."

Eric Wynalda has most of his roster available for this quick turnaround after Saturday's win, with Mobi Fehr being the only player out with a lower-body injury. This will be the first road match in the 2019 season where Lights FC will have their team captain Bryan De La Fuente on the matchday roster. Against Portland this past Saturday, De La Fuente made his return from an ACL tear he suffered in preseason action against Colorado Rapids in February.

"I’m blessed to be able to come back and play the sport I love and play for the team that I love," said De La Fuente. "I feel like now that I’m back I can help my teammates more because I’m playing. So I’m really excited about what’s coming up next." 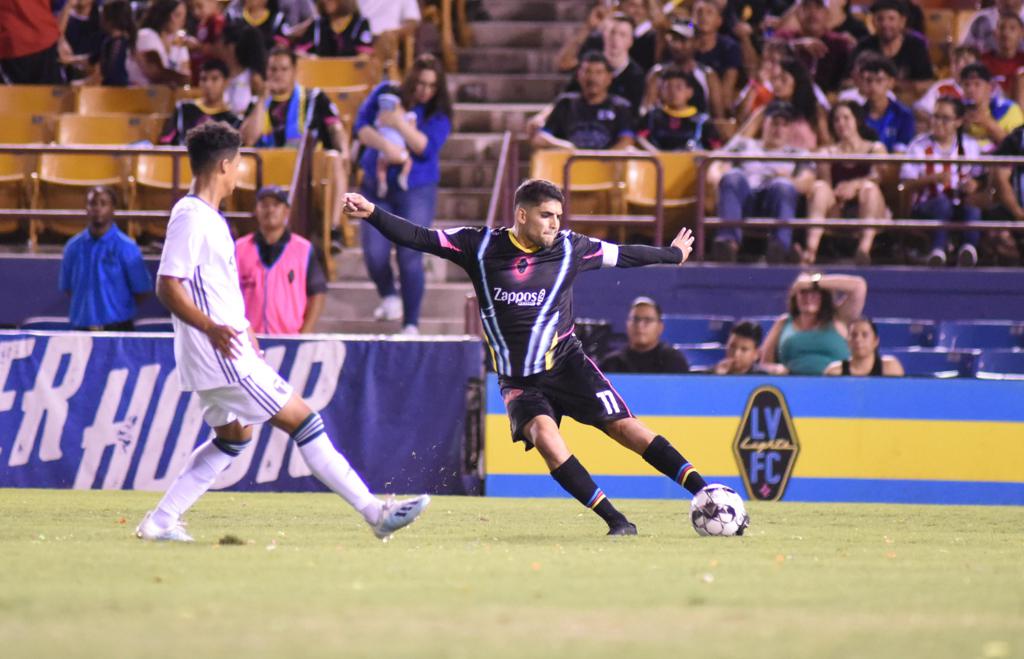 Irvin Raul Parra currently leads Las Vegas both in goals (10) and assists (5). He's tied with Sammy Ochoa's combined goals + assists from 2018, which led the team in its inaugural season.

Tulsa is returning home for the first time in a month after playing three straight games on the road, all against teams in playoff position in the Western Conference. The Roughnecks salvaged a point against OKC Energy FC with a 1-1 tie but were defeated by Real Monarchs and Austin Bold.

Michael Nsien received the vote of confidence from the Roughnecks front office when he was appointed the interim head coach when the team was winless midway through the 2018 season. Despite finishing last place in USL Championship's Western Conference, Nsien was announced as the team's permanent manager in December 2018. He has surpassed the number of wins the team had last season and is two points away from matching the team total from last year.

Brazilian midfielder Rodrigo Da Costa leads Tulsa with eight goals scored. His countryman Luca Lobo has 7 goals, all of them off of set pieces where they've taken advantage of his height (6'5").

Goalkeeper Mason Stajduhar, on loan from MLS side Orlando City SC, has seen the majority of playing time in goal for Tulsa. Stajduhar has 45 saves and has conceded 32 goals in the 15 matches he has played for the Roughnecks. 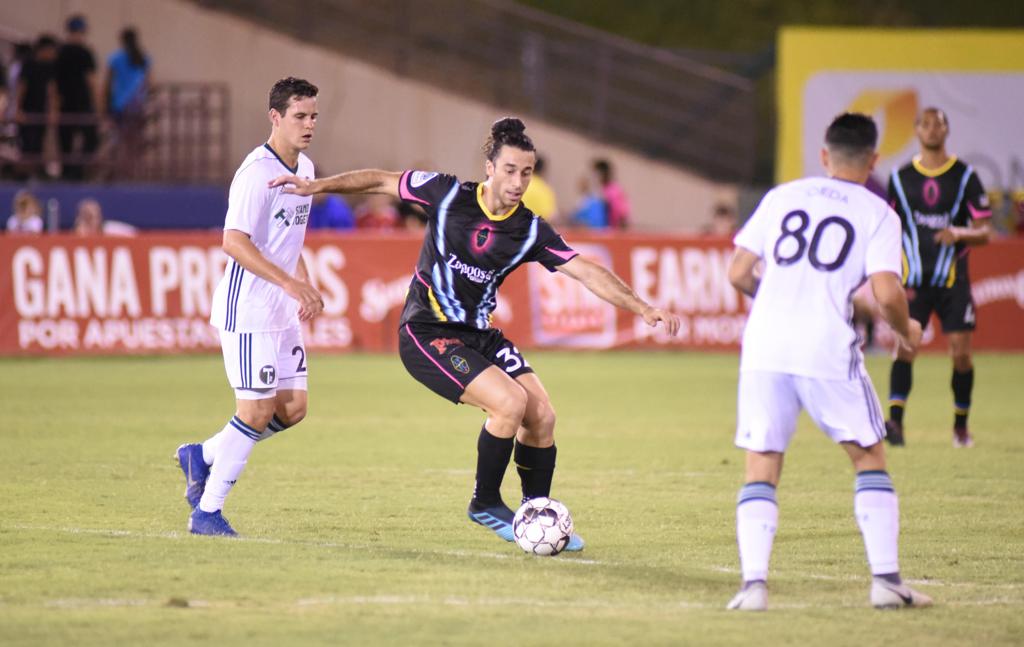 Lights FC midfielder Jonathan Levin is coming off of his second full-game of the 2019 season, with Las Vegas winning both of those matches.

Thomas Olsen tied his season-high with five saves against Portland Timbers 2, with his performance earned him his second USL Championship Team of the Week selection. “TKO” is tied for third-best in the league with 63 saves.

Irvin Raul Parra and Jose Villarreal were born in the same hospital, only 23 days apart. They've been friends since they were kids in Inglewood, shared the same soccer fields in Southern California, and both made their pro debuts in 2012. But their career paths had Irvin doing so in Germany, while Jose did it with MLS side L.A. Galaxy.

Fast forward their careers seven years and both are once again on the same pitch, but this time as teammates with Lights FC. Their first connection in a game happened on July 27th, when a cross by Villarreal was capitalized with a diving header by Parra that ended up being the game-winning goal for Las Vegas 2-1 against RGV FC. A month later, Parra returned the favor by serving an assist on Villarreal's first goal with Lights FC, which was his team's game-winning goal in a 1-0 victory over Timbers 2 on July 24th. "The Inglewood" connection has struck twice and it remains a threat for the teams they're facing.

With his diving header game-winning goal against RGV FC, Parra reached 10 goals in the 2019 season, becoming the second Lights FC player with double-digit goals in a single season while being the fastest one to do so in only 18 games. The Inglewood native is currently ranked seventh-best in goals scored in USL Championship's Western Conference.

He is now tied with Sammy Ochoa and Raul Mendiola as the leading scorers in franchise history with 10 each. Irvin Raul Parra currently leads Las Vegas not only in goals (10) but also in assists with five. With his next goal or assist, he'll surpass Sammy Ochoa's combined goals + assists from 2018, which led the team in its inaugural season.

MLS veteran Jose Villarreal joined Lights FC as a free agent late in May, and since then he has been featured by Las Vegas in its attack. After providing a pair of assists, "Chepe" scored his first goal with a tap-in against Portland Timbers 2 on August 24th. He became the 14th player to put the ball in the back of the net for Las Vegas in the 2019 USL Championship season.

After working hard on his recovery for six months, De La Fuente was cleared to play after training for three weeks full force with his squad. He made his 2019 USL Championship debut by being subbed in the 71st minute.

Lights FC struck a loan deal with LAFC to add Rodolfo Zelaya to its roster. Zelaya is one of the most decorated players in El Salvador soccer history, earning 44 caps with his national team where his 21 goals have him trailing only Raúl Díaz Arce as his country's top goalscorer. He played vital roles for El Salvador in the 2011 and 2013 CONCACAF Gold Cups, where he scored 4 goals in each.

In his two matches with Lights FC, Zelaya has been on the field for 138 minutes. He has played 20 more minutes with Las Vegas (in 8 days) than he has with LAFC since the 2019 MLS season kicked off. In both games (against OCSC and Timbers 2), "Fito" has led Las Vegas in shots taken and shots on target.

Lights FC's defender Gabe Robinson has been selected twice as part of USL Championship's Team of the Week. His 121 clearances are third-best in the league, on Wednesday he'll be facing one of the two players ahead of him: Tulsa's Cyprian Hedrick who has 124 clearances.

Less than a day after arriving in Las Vegas after being loaned out from Chicago Fire, Panamanian midfielder Cristian Martinez made his debut with Lights FC by being used as a substitute against Portland, where he logged a total of 33 minutes.

Wednesday's game (5:30 p.m. kickoff) will be streamed on ESPN+, with the Spanish-language radio broadcast with Alvaro Puentes & Alejandro Romo on the call available on ESPN Deportes 1460 AM & online on LVSportsNetwork.com.﻿