Jose Villarreal knocks in his first goal as a member of Lights FC, while Thomas Olsen completes his ninth clean sheet to lead the team to victory. Rodolfo Zelaya and Vinnie Vermeer make their Cashman Field debuts in front of 7,686 fans.

LAS VEGAS, NV – "The playoffs begin for us NOW. This is a MUST WIN game", said Lights FC manager Eric Wynalda in the week leading up to their matchup against Portland Timbers 2. Fighting to jump into a playoff spot, Las Vegas went out to the pitch with a clear offensive mentality by including five players who are nominally strikers in their starting lineup.

That focus on attack left spaces in the back, but Lights FC's goalkeeper Thomas Olsen put the team on his back by racking up five saves in the first half, including a pair in the first nine minutes of the match.

While it seemed that the halftime score would be a knotted up scoreless tie, the 'Inglewood Connection' of Irvin Raul Parra and Jose Villarreal delivered for Las Vegas. After a long cross from Tabort Etaka Preston, Parra knocked the ball down with a header and left it in the 6-yard box for Villarreal who simply kicked it to the back of the net with the goalkeeper out of position. This was "Chepe" Villarreal's first goal as a member of Lights FC.

"Irvin knows where I'm going to make a run to and he put the ball in the perfect spot," stated Villarreal on the play that gave Las Vegas the lead. "We're just finding each other's feet, and we're going to score a lot of goals here for sure." 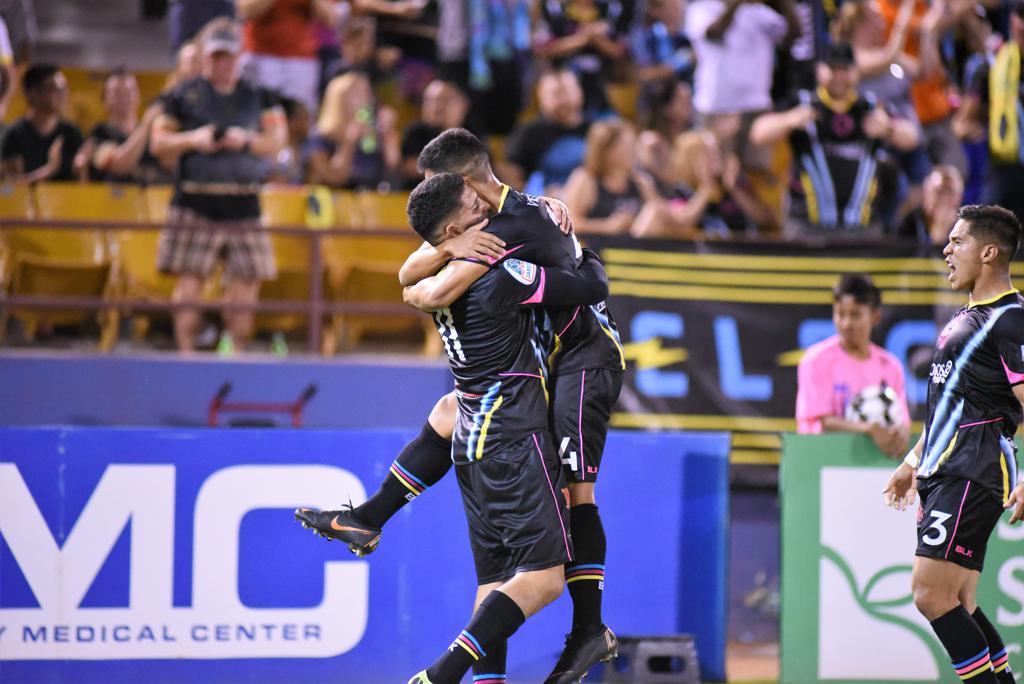 Lights FC made their first substitution of the game twelve minutes into the second half by bringing in newcomer Cristian Martinez, a midfielder who is on loan via MLS side Chicago Fire. He replaced Rodolfo Zelaya, who in only eight days has now played in a total of 138 minutes for Las Vegas. That's 20 minutes more than what he has played with LAFC in the 2019 MLS season.

Substitutions ended up being a big story in this match for Lights FC, as team captain Bryan De La Fuente ended up making his 2019 USL Championship debut by coming in for Irvin Raul Parra in the 71st minute of the match. Parra took the captain armband off to put it around De La Fuente's arm, and after a big hug, the captain was back. He ended up officially logging in 19 minutes of play, but including added time he was on the field for a total of 25 minutes.

"Our captain has worked harder than any other player I’ve seen coming back from that injury, it’s torn him up inside having to be out because of it," said Wynalda on De La Fuente. "He has been an inspiration to all of us. It was a tough game to throw him into, but if I didn’t trust him I wouldn’t have done it to him. I don’t think we would have won the game without him, or without his leadership. Him being the man that he is, he pulled through for us."

De La Fuente was important, but for Las Vegas so was having lady luck on their side. In a 30-second span, Portland had two shots inches away from leveling the scoreboard. First with Giovani Calixtro's strike being deflected by Javan Torre which sent the ball hitting the crossbar. And the second, a Ryan Sierakowski's shot that bounced off Thomas Olsen's right post.

"We need that sometimes, that's how football works," said Olsen. "You need some bounces to go your way and then you score. We'll take this win all day!" 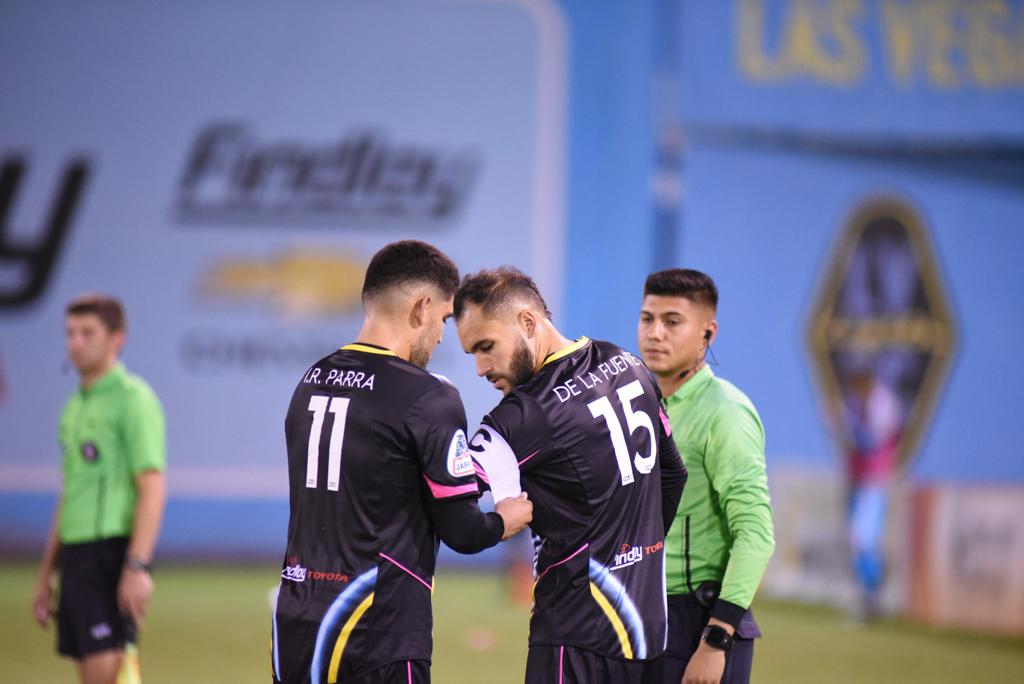 Irvin Raul Parra gave the captain's armband to Bryan De La Fuente, who suffered a torn ACL in preseason action and after six months of recovery, he was able to make his 2019 USL Championship debut on Saturday night.

The 1-0 victory put Las Vegas only 3 points out of the final postseason spot in USL Championship's Western Conference, with Orange County S.C. and L.A. Galaxy II currently tied for it with 33 points. Las Vegas has a game in hand against both teams.

"Massive, it was a massive three points," stated Wynalda. "There was a good chance it was going to be ugly, Portland is a very good team. Dairon has scored seven goals in seven games and this is the first time we got a chance to shut him out or anybody has shut him out, so we feel good about that. It was one of those games where we had to scrap through it, it wasn’t pretty but three points is massive right now."

Lights FC's next two matches will be on the road, with midweek duels against Tulsa Roughnecks on Wednesday, August 28, and versus Real Monarchs on Wednesday, September 4.

Las Vegas will then return home for their next three games, which will be played in an 8-day span. The homestand kicks off on Saturday, September 7 by hosting El Paso Locomotive FC on Helicopter Drop 2.0 night. Doubling in size from last year’s enormously successful event, the Helicopter Cash Drop returns with more prizes and gifts, including $5,000 cash and $5,000 in prizes from the Plaza Hotel & Casino. Entry will be limited to 200 participants aged 21 & over.

Tickets can be purchased at LightsFC.com/Tix, at any La Bonita Supermarket in Las Vegas, or by calling 702-728-GOAL.