Rodolfo Zelaya makes his USL Championship debut with Las Vegas, recording a total of three shots with two of them on target. 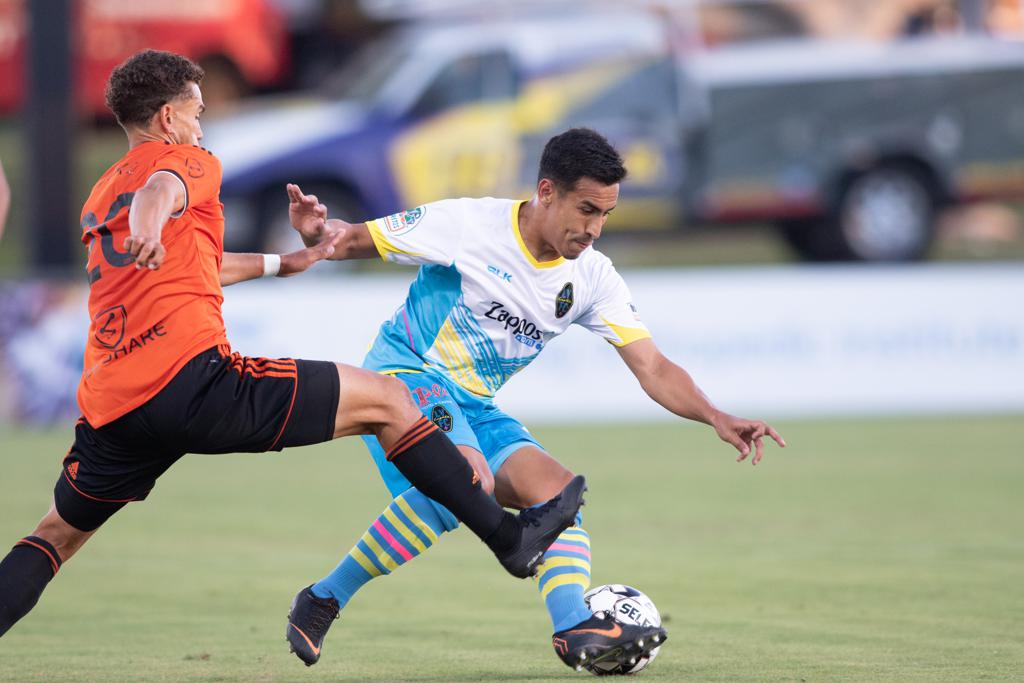 Lights FC closed a three-game road stint with a loss. Now they are going back to the friendly confines of Cashman Field, where they will play four of their next six games.

"We're devastated because we were trying to get something out of this game and we didn't,” said Lights FC manager Eric Wynalda. “We were simply not good enough tonight."

‘Fito’ Zelaya recorded a team-high three shots, with two of them being on target. Meanwhile, in the back-line, Jakovic led Las Vegas with 9 clearances.

“Zelaya was good. We knew he was not 90-minute fit, but we wanted to keep him out there as long as he could go. I wanted to see him get a goal tonight and he almost did that, that's the positive there,” stated Wynalda. “It's not an easy thing to get two acquisitions right into it without ever getting a chance to train together with the team. Maybe they weren’t on the same page in a lot of instances, but I liked how both Rodolfo (Zelaya) and Dejan (Jakovic) performed for us”.

Only eight minutes into the game, Lights FC found themselves in a bad spot. Midfielder Edwin Rivas suffered a lower-body injury that forced the Las Vegas coaching staff to make their first substitution of the night. All the game-planning that the Starting XI went into the match with was out the window and adjustments had to be made. 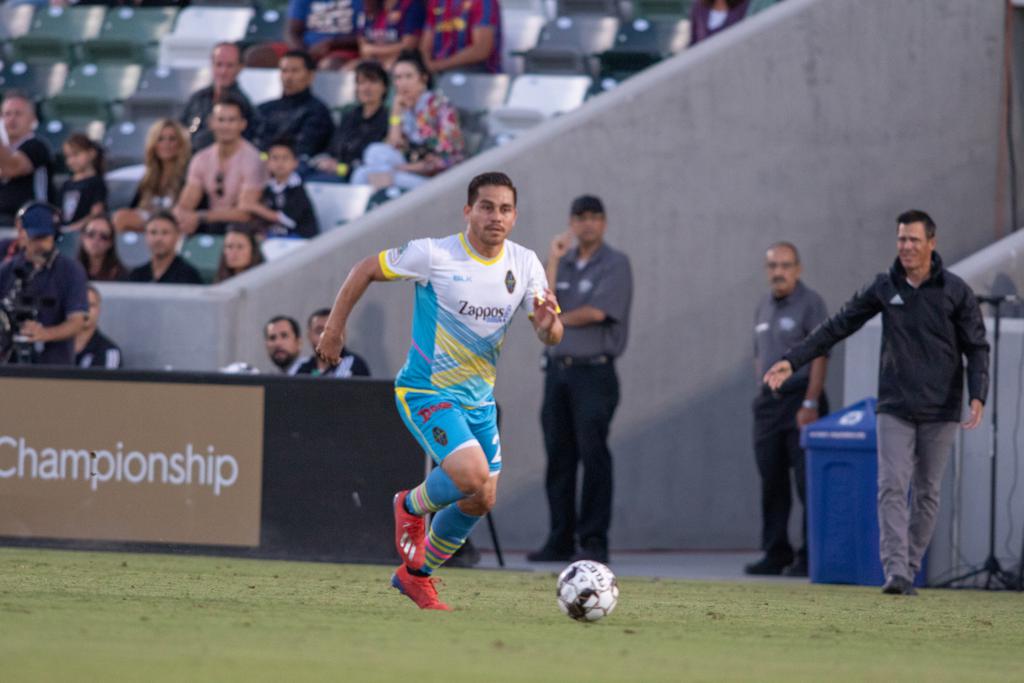 Salvadoran striker Rodolfo "Fito" Zelaya made his Lights FC debut by getting the start against OCSC and playing 81 minutes.

It was an exciting back and forth first half, with Las Vegas outshooting Orange County 4 to 3. The match went into the halftime break with a scoreless tie. After being entrenched in a tense battle, the lockdown draw was broken with a shot from Jerry Van Wolfgang who curled the ball past Thomas Olsen to open the score in the 68th minute.

OCSC would extend their lead 8 minutes later when Aodhan Quinn took advantage of the lack of defensive pressure to unleash a low strike through traffic that Olsen couldn’t reach. The home-side sealed the victory with an individual play from Michael Seaton, who in the 86th minute tried to pass the ball to a teammate, but a missed clearance by Las Vegas returned the ball to Seaton who ran towards the six-yard box and from close range put the ball in the back of the net.

"We're gonna lick our wounds figure out a way to get our energy back and get right back after it at home against Portland," said Wynalda. "We can’t wait to get back home, it was three consecutive games on the road and they were against very difficult games in Fresno, Sacramento and Orange County. The only thing we can do right now is look forward. We can't look back at this and start beating ourselves up, although there's a lot of things to fix".

In their first match at Cashman Field in a month, Lights FC will host Portland Timbers 2 on Saturday, August 24 at 7:30 p.m. This game will close off the Summer of Soccer delivered by Zappos, where tickets start off at just $10 thanks to the Terrible's Herbst Ten Buck Tixs that can be purchased at LightsFC.com/Tix and by calling 702-728-GOAL.