Las Vegas kicks off three-game road trip with a 2-1 defeat against Fresno. Pablo Cruz enters as a substitute for Lights FC and scores his first goal with the club, but a comeback effort against the Foxes is stopped with Las Vegas playing a man down the whole second half. 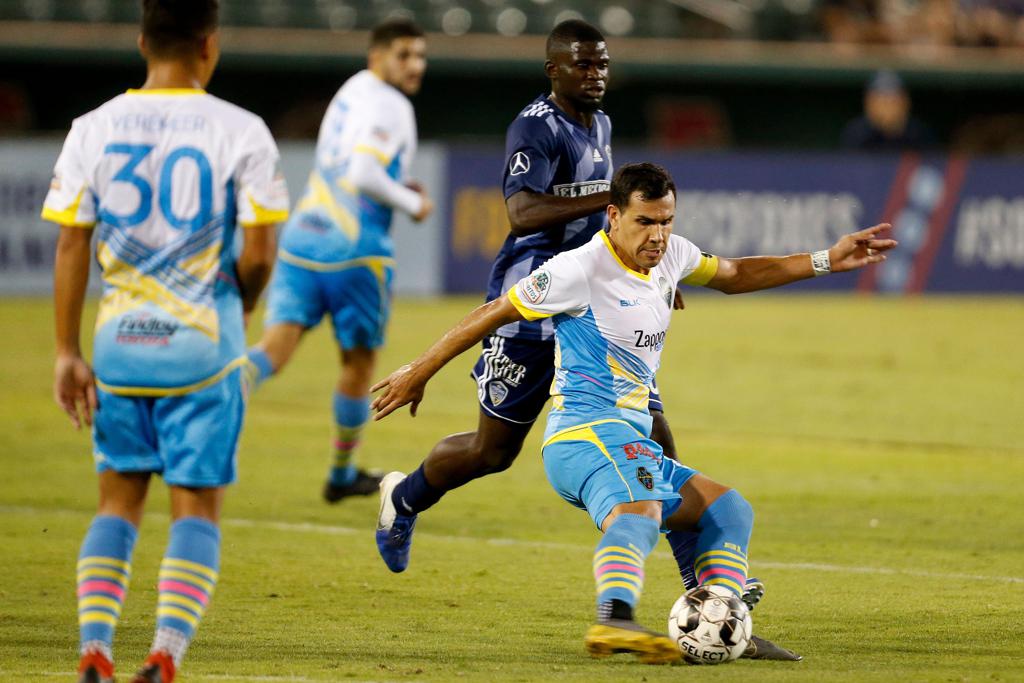 Las Vegas will now have their second match in Northern California in less than a week, as they'll visit Sacramento Republic on Wednesday night.

FRESNO, CA - For their second consecutive road game, Lights FC couldn't complete the match at full force. Jonathan Levin got a direct red card in the first half's added time, but despite having a 2 goal deficit in the second half Las Vegas battled on the field with their comeback bid being halted in a 2-1 defeat against the Fresno FC Foxes.

Vegas had the first big opportunity of the match when a cross from Christian Torres was knocked down by Gabe Robinson with a header, but goalkeeper C.J. Cochran stopped the ball on the line.

The first score of the night didn't arrive until the 41st minute of the match, with a breakaway from the Foxes where Jaime Chavez blasted a rocket from outside the box that hit the bottom of the crossbar before finding the back of the net.

Playing a man down due to Levin's send-off, the Lights did a pair of halftime substitutions by bringing in Javan Torre and Vinnie Vermeer, who made his debut with the team. Unfortunately, Las Vegas conceded a goal early in the second half. Fresno extended their lead to 2-0 with lady luck smiling their way in the 56th minute. Jaime Chavez took another shot, but this time it was deflected by defender Gabe Robinson, putting the ball out of reach of Thomas Olsen.

Las Vegas didn't let this difficult scenario bring them down, Pablo Cruz was subbed in during the 75th minute and proved to be a difference-maker. 5 minutes later, Gabe Robinson had one of his signature long throw-ins find Pablo Cruz in the second post and "Lito" struck the ball past Fresno's goalie C.J. Cochran to put Lights FC within one goal.

"We fought for the entirety of the match, we got a goal and almost got back in it," said Lights FC manager Eric Wynalda. "The character from the group really came screaming through to me. We're walking out of here with a loss on the scoreboard, but I got a lot of positives from this match. It's not one of those games where we got slaughtered ... we had a chance to get back in it and possibly even win it, we gotta take some pride in that." 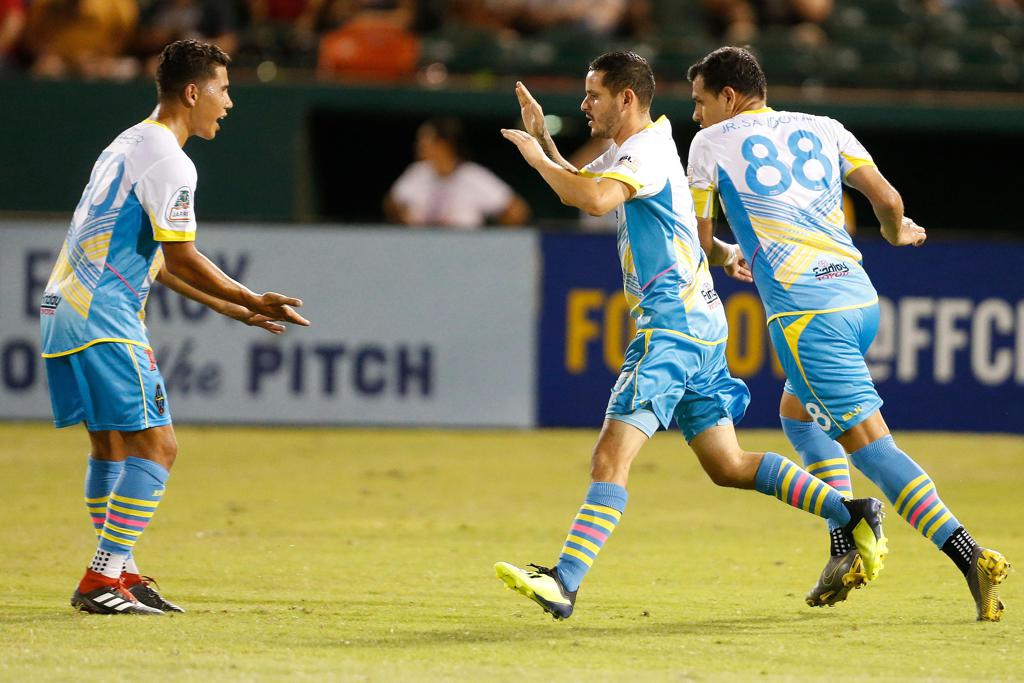 Pablo Cruz scored his first goal with Lights FC off of a long throw-in from Gabe Robinson late in the match against Fresno Foxes FC.

Lights FC will remain in Northern California after tonight's matchup, having a mid-week date just 170 miles up north against Sacramento Republic on Wednesday, August 7 (8:00 p.m. kickoff). This match is the USL on ESPN Game of the Week, being broadcast nationwide on ESPNews.

The next home game for Las Vegas will be on August 24 against Portland Timbers 2, which will close off the Summer of Soccer delivered by Zappos, where tickets start off at just $10 thanks to the Terrible's Herbst Ten Buck Tixs that can be purchased at LightsFC.com/Tix and by calling 702-728-GOAL.