Las Vegas goes back in the win column after defeating RGV FC 2-1 with goals by Gabe Robinson and Irvin Raul Parra. 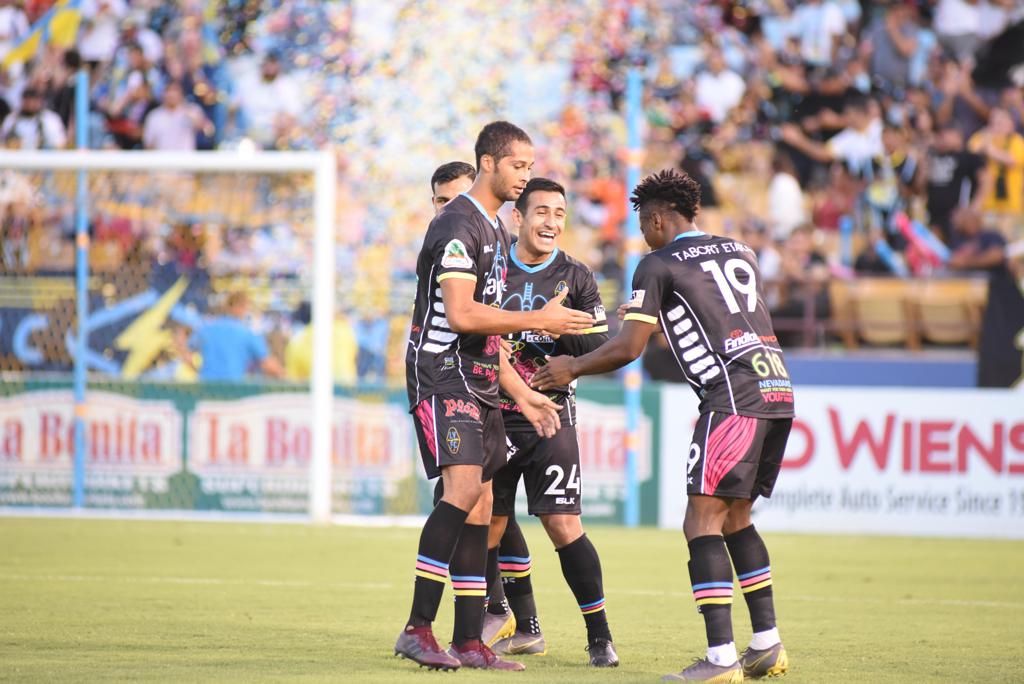 Gabe Robinson's header gave him his third goal of the 2019 USL Championship season and opened the score for Lights FC's against RGV FC Toros.

LAS VEGAS, NV - Lights FC is back in the win colomn after defeating RGV FC Toros 2-1 in front of 8,818 fans who attended the Donate Life Night at Cashman Field.

A thrilling first half saw both teams go back and forth, with Las Vegas opening up the score via a set-piece. Corner kicks have been Lights FC's best friend in the 2019 season and that story continued against RGV FC when in the 10th minute a corner kick taken by Irvin Raul Parra was headed to the back of the net by Gabe Robinson.

"We've been working on corner kicks lately and I was lucky and got on the end of the goal," said Robinson about his third goal of the season. "I'm glad to get on the scoresheet, it had been a while since I scored my last goal, so I was happy to get this one in."

RGV FC didn't take long to strike back, with a triangulation by Sam Junqua, Eric Bird and Carlos Small concluding with Small putting his shot past Thomas Olsen to tie the scoreboard in the 26th minute. This was the eighth goal of 2019 season for the Panamanian striker.

Lights FC kept their composure on the pitch despite Rio Grande Valley leveling the action. It was the connection of two childhood friends just 5 minutes later that put Las Vegas in front for good in this battle. Jose "Chepe" Villarreal served a pinpoint accurate cross that found a diving Irvin Raul Parra, who with a powerful header, derailed Nico Corti's attempt at deflecting the shot.

Missing key players to suspension (Javan Torre and Jesus Gonzalez) and injury (Mobi Fehr) which forced Lights FC's coaching staff to change their approach to this game.  Conceding the possession to their opponents and relying oncounterattacks to create opportunities.

"This was a huge challenge for our team coming off of a really bad result", stated Lights FC manager Eric Wynalda. "We played three guys completely out of position tonight for the first time, so there were some insecurities there, we had to play a counter style, which is not something that we've done all year. But we were forced to because RGV is a good team. They moved the ball well, they're incredibly talented and we just couldn't afford to concede goals tonight."

Las Vegas was out-shot and out-possessed by the Toros, but not out-scored. And with the 2-1 victory, Las Vegas raised their season point total to 26, which has them one point away from a playoff spot and only three points away from fifth place in the Western Conference standings. Their next challenge is facing the Fresno Foxes on the road on Saturday, August 3rd at 7:30 p.m.

"It's a very difficult season, it's a very difficult league", said Wynalda. "We've got a week to prepare for Fresno and we know exactly how they're going to play. We've watched them, we've admired them, but I think going into this away stretch, we need to focus, show the kind of resiliency we showed tonight, pick up some points and get ourselves in a better spot. I'm very proud of us tonight." 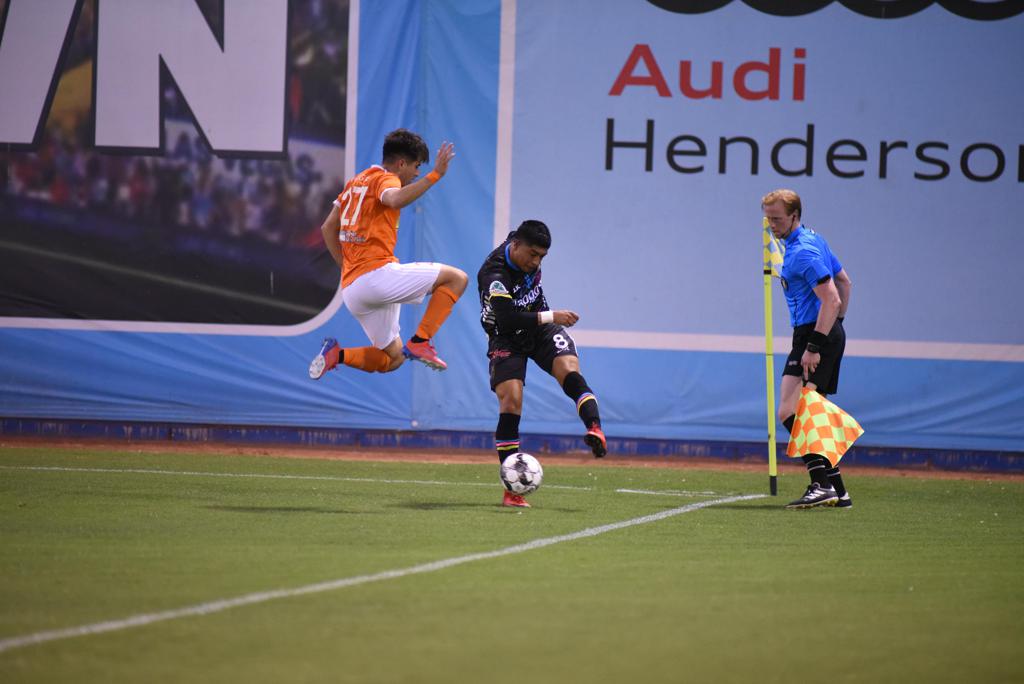 Edwin Rivas delivered to the request made by manager Eric Wynalda to play in the left back position, being on the field the full 90 minutes and leading the team in clearances with 8.

With Lights FC closing their first multiple-match week of the season with a win, now they have a full week of preparation for two games in a five-day span, as they will follow up their visit to Fresno with another road match against Sacramento Republic FC on Wednesday, August 7 on the USL on ESPN game of the week which will be broadcast nationwide on ESPNews.

The next home game for Las Vegas will be on August 24 against Portland Timbers 2, which will close off the Summer of Soccer delivered by Zappos, where tickets start off at just $10 thanks to the Terrible's Herbst Ten Buck Tixs that can be purchased at LightsFC.com/Tix and by calling 702-728-GOAL.