Las Vegas finishes the game with eight men on the field after referee booked three players with direct red cards.

TACOMA, WA - After a first half in which both teams fought a competitive battle, the second half got out of control with Lights FC losing two players to direct red cards in less than a five-minute span and finishing off the match with a total of three red cards. With only eight players on the field, Las Vegas lost in a 4-1 road defeat to Tacoma Defiance.

"Tonight could've been a completely different outcome, it was fine until it got out of control," said Lights FC manager Eric Wynalda. "For us, we missed some clear opportunities to score in both halves. We once again took four goals on the road and this time added three red cards. I have to give the boys a lot of credit for not being scored on with 8-men, that is a feat in itself".

Both teams created opportunities early in the match that required each goalkeeper to come up with big saves to keep their goal untouched. The score wasn't opened until the 31st minute when Justin Dhillon, who less than a month ago signed his contract with MLS side Seattle Sounders, found himself one-on-one against Thomas Olsen who he juked out and put the ball in the back of the net.

Less than five minutes later, Las Vegas pushed their lines to equalize the scoreboard off of a set-piece when Tabort Etaka Preston executed a perfect corner kick that found Javan Torre. Torre's header went past goalkeeper Bryan Meredith to tie up the game 1-1. 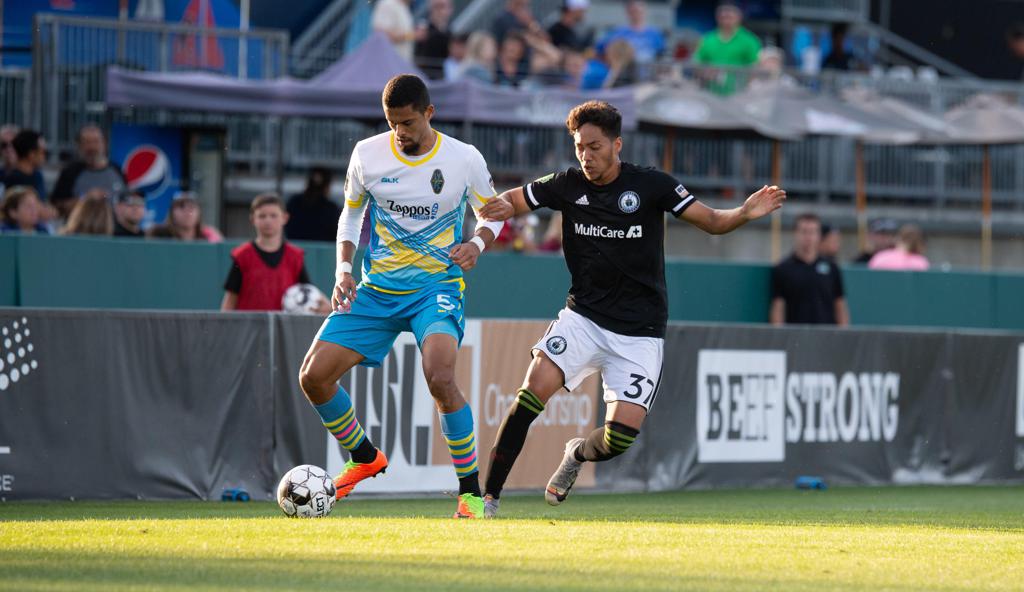 Javan Torre scored his third goal of the season in the first half of Lights FC's match at Tacoma against Defiance. Two of his scores have come off of corner kicks on the road.

Alfonso Ocampo-Chavez was a halftime substitute for Tacoma and he was the difference-maker in this match. First by capitalizing on a misplay by Lights FC's backline shortly after the second half kicked off. A miscommunication between Thomas Olsen and Christian Torres in the edge of the box ended with the ball bouncing over both of them and Ocampo-Chavez found himself facing an open net to put Tacoma back on top in the 47th minute.

A fast play on the left side of the field by Defiance doubled their lead in the 66th minute when Nicholas Hinds delivered a cross to the heart of the box, with Ocampo-Chavez once again delivering a goal for Tacoma.

With the score 3-1 in favor of the home team, referee Lukasz Szpala showed direct red cards to Lights FC's Jesus Gonzalez (70th minute) and Javan Torre (75th minute) for what was described in the disciplinary report as foul/abusive language and a serious foul, respectively.

Tacoma capitalized on the numbers advantage in the 85th minute with Shandon Hopeau curling in a shot in the box off of an Ocampo-Chavez assist. That goal gave the Defiance their final score of the match in their 4-1 victory.

Before the final whistle, Szpala delivered one final direct red card to a member of the Las Vegas roster as he booked Sammy Ochoa a minute after Tacoma's final goal of the game for what was described as violent conduct when he challenged Jesse Daley for the ball. 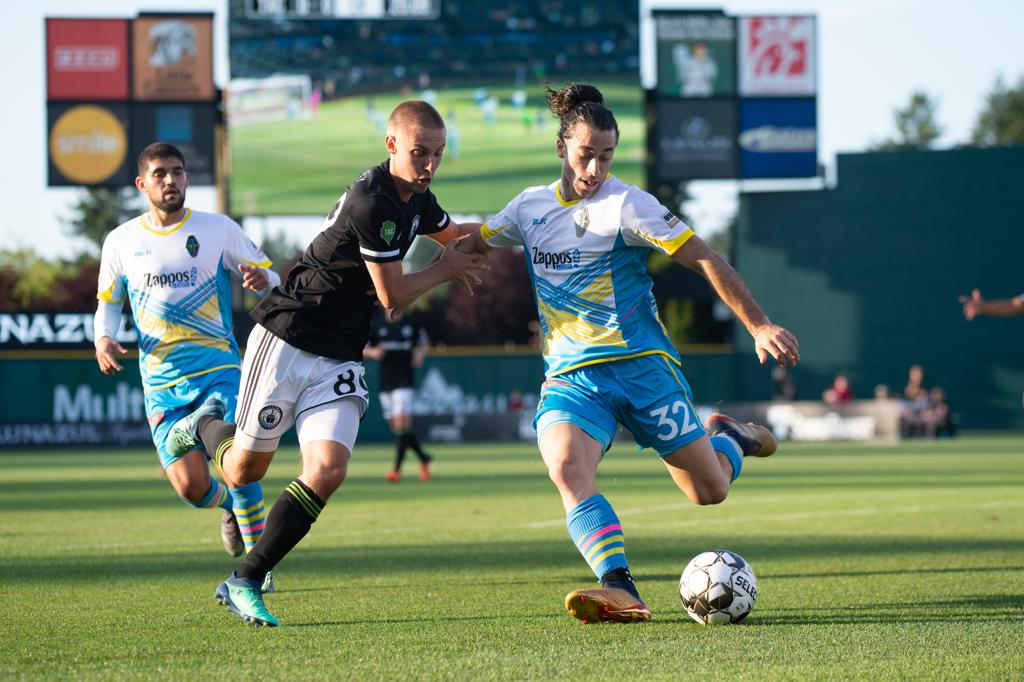 Las Vegas conceded a total of 16 fouls in a night when they ended up recieving a total of 7 bookings, with 3 of the cards being red and 4 yellow.

"When you go into a game like this and have 14 shots in the first half and you are clearly having the better goalscoring opportunities, there's an element of frustration that goes along with that. But it should not overflow into the kind of fouling that ensued," said Wynalda. "These young guys are going to have to grow and get better. This is a game that we want to forget immediately".

Lights FC returns to Cashman Field in less than 72 hours, as they will host RGV FC Toros on Saturday, July 27. It will be Donate Life Night at Cashman Field, with the team wearing first of its kind jerseys that feature neon-colored vital organs to raise awareness about the importance of becoming an organ donor and how it easy it is to become one online at RegisterMe.org, via the iPhone Health App or at the DMV.

On Saturday night fans will be able to sign up at the Zappos Tailgate, where members of the Nevada Donor Network will be assisting those interested in becoming registered organ donors.

This match is a part of the Summer of Soccer delivered by Zappos, where tickets start off at just $10 thanks to the Terrible's Herbst Ten Buck Tixs that can be purchased at LightsFC.com/Tix and by calling 702-728-GOAL.