Jesus Gonzalez opened the scoring for Lights FC with his first USL Championship goal, Irvin Raul Parra tied the game with a penalty kick for his ninth goal of the season. 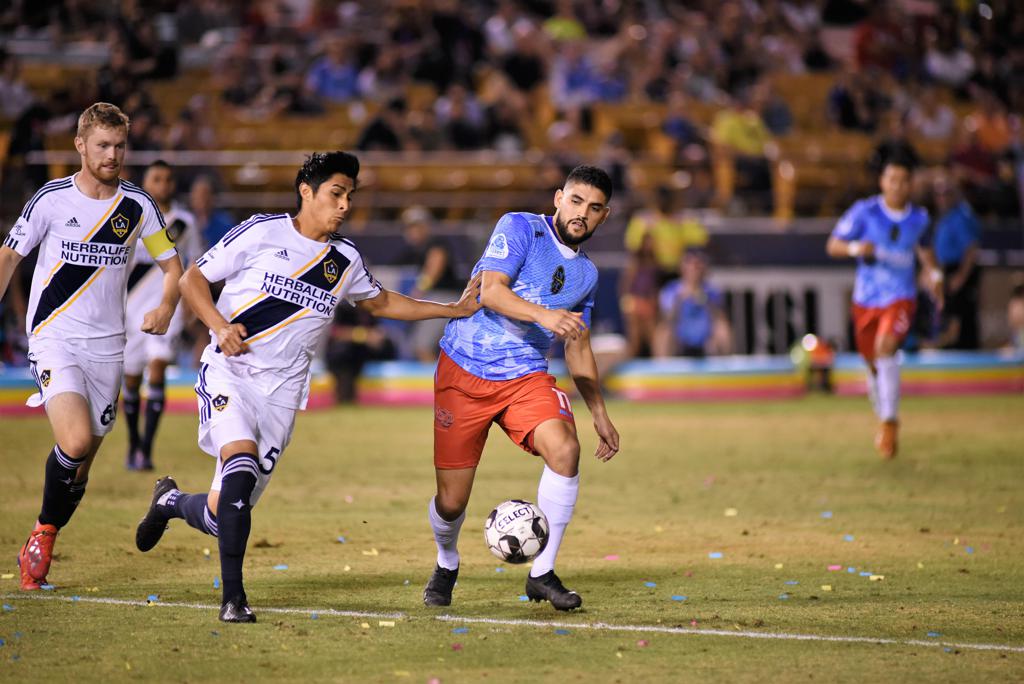 Irvin Parra scored his ninth goal of 2019, he's one away from becoming the second player in Lights FC history to reach double digit goals in a season.

LAS VEGAS, NV - Fans in Las Vegas enjoyed fireworks both on and off the field, with an offensive display between Lights FC and L.A. Galaxy II that ended in a 2-2 draw. Fans were then treated to a free postgame 360° 3-D Fireworks Show that they were able to watch on the pitch.

With it being their second game in a six-day span, Lights FC's coaching staff moved pieces around in the Starting XI, including the return of Junior Sandoval after a one-game suspension for caution accumulation.

'Sando' was key in the Las Vegas opening score, serving a cross from the right side that traveled to the other side of the box to Jesus Gonzalez who, with a one-time left footed shot,  put the ball in the back of the net in the 18th minute.

"Junior took the flick. I was going to take a dribble but I saw no one in front of me, so I took a shot and look at what happened", said Gonzalez on his first USL Championship goal.

Galaxy II didn't make the 300-mile trip up I-15 to Sin City to stay with their arms crossed on the pitch and showed to be a tough opponent for Vegas. In the 30th minute, they generated a pair of good chances for their offense. First with a one-on-one shot from Frank Lopez that Thomas Olsen blocked, but was followed 10 seconds later with a Carlos Harvey strike from the top of the box that was out of reach for Olsen, tying up the game 1-1.

Los Angeles had a quick start to the second half, with Josh Requejo generating an opportunity with a great high serve to Augustine Williams, who with a header put the ball on target only for his teammate Frank Lopez to touch it inches before it crossed the final line. Lopez was credited with the goal that put Galaxy II ahead 2-1 in the 47th minute.

Lights FC's leading scorer Irvin Parra was a halftime substitution, replacing former "Los Dos" player Jose Villarreal. Parra immediately made his impact felt, being the player that led the team on total shots (4) and shots on target (2) despite only playing 45 minutes.

Parra created the best chance, that ended up being the one to tie the scoreboard. In the 84th minute, Parra put pressure on Galaxy II defender Justin Fiddes, stealing possession to enter the box where he was tackled down by Carlos Harvey, with the referee calling a foul that gave Las Vegas a penalty kick.

Irvin Raul Parra took the shot to score his ninth goal of the 2019 USL Championship season and tying the game with a final score of 2-2.

"For me personally, it's very big," stated Irvin Parra. "Coming off of two games where I wasn't a part of the team, but I was still there to support. I felt like my mojo was gone, but now that I've got this goal, I'm back. I'll be ready for when we come back to face Tacoma, so it's good for me, my family, my teammates. I'm really happy that we got this tie and we can now rest." 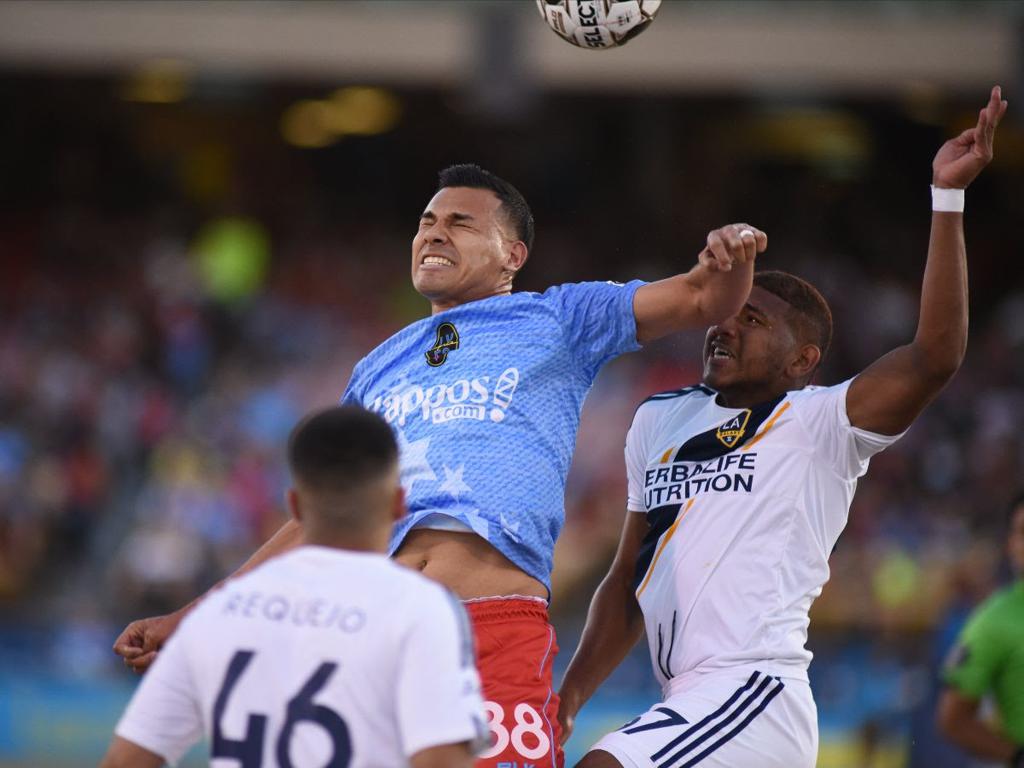 Junior Sandoval returned to Lights FC's lineup after missing the match against OKC Energy FC due to a suspension for yellow card accumulation.

After being sent off against OKC Energy FC, Eric Wynalda was suspended for this match and wasn't able to coach Lights FC on the sideline.

"We're pleased with the effort," said Wynalda. "Clearly 2-2 isn't what we were expecting. I was just really disappointed with the way we came out of halftime and to concede so early. We had to chase the game as long as we did, but all in all, I think the effort was there.

Las Vegas will have twenty days before facing their next game, when they visit Tacoma Defiance on Wednesday, July 24 and then return home to take on RGV Toros FC on Saturday, July 27. The Summer of Soccer delivered by Zappos rolls on with the match against RGV, where tickets start off at just $10 thanks to the Terrible's Herbst Ten Buck Tixs that can be purchased at LightsFC.com/Tix and by calling 702-728-GOAL.