A Fourth of July match against L.A. Galaxy II kicks off the second half of the 2019 USL Championship season for Lights FC. Celebrate Independence Day at Cashman Field with a special postgame "360° 3-D Firework Show" presented by Findlay Toyota. 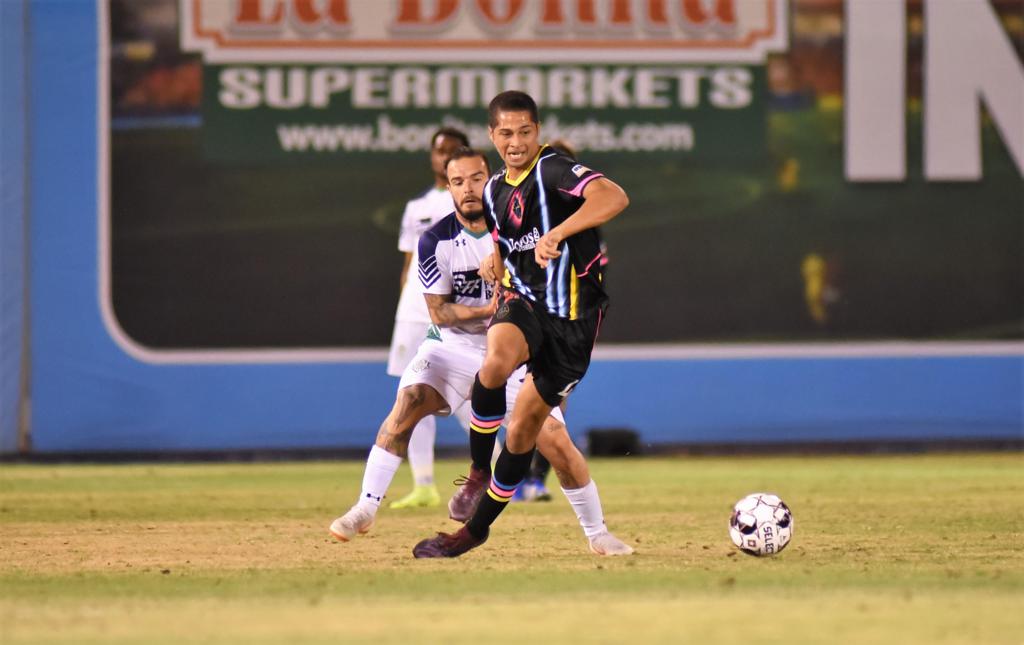 Las Vegas, NV – Lights FC begins the second half of their season by hosting L.A. Galaxy II in a key matchup on July 4 at Cashman Field, with kick-off scheduled for 7:30 p.m.

"This is a six-point game, it’s a must win," said Lights FC manager Eric Wynalda of their match against Los Angeles, the team they are currently tied for 10th place in the Western Conference. "This match takes precedence over everything, we have to stay above the playoff line. That line is everything to us right now, we don't look down anymore we only look up. With six out of our next eight games after Thursday being on the road, we have to take advantage of teams coming to Cashman so we can keep accumulating points."

Playing on Independence Day is important for Lights FC players, especially Irvin Raul Parra, the team's leading goal scorer. Parra missed out on the Fourth of July holiday because he played overseas for five years.

"It'll be a perfect day. When I was living in Europe, I always wanted to be home for 4th of July", stated Parra. "Now I'm here in Las Vegas and I feel at home at Cashman Field." Irvin Parra along with everyone at Cashman Field will be able to enjoy a special postgame 360­­° 3-D Firework Show. Findlay Toyota will be providing the first 5,000 fans in attendance a free pair of 3-D glasses.

After this match, Las Vegas will have twenty days before playing in their next official game, making this game against Galaxy II an even more important one to go into that break with momentum.

"Our team is motivated because we want to go into that break feeling strong," stated Wynalda. "We won't play again until the 24th in Tacoma and there will be a lot of movement as far as other games that will be happening that we won't be involved in."

Los Angeles stopped an eight-game winless streak with a 2-1 road victory over Orange County SC, that has them tied in points with Lights FC for the final Western Conference playoff spot.

Mike Muñoz is in his second season as the head coach of Galaxy II, where he has a balanced attack with Cuban striker Frank Lopez featured as their leading scorer with five goals, followed by Kai Koreniuk who has found the back of the net four times in 2019.

The most used goalkeeper by Galaxy II is Justin Vom Steeg, third goalkeeper of their parent MLS Club L.A. Galaxy. In 11 matches, Vom Steeg has three clean sheets but has allowed multiple goals in all but two games. 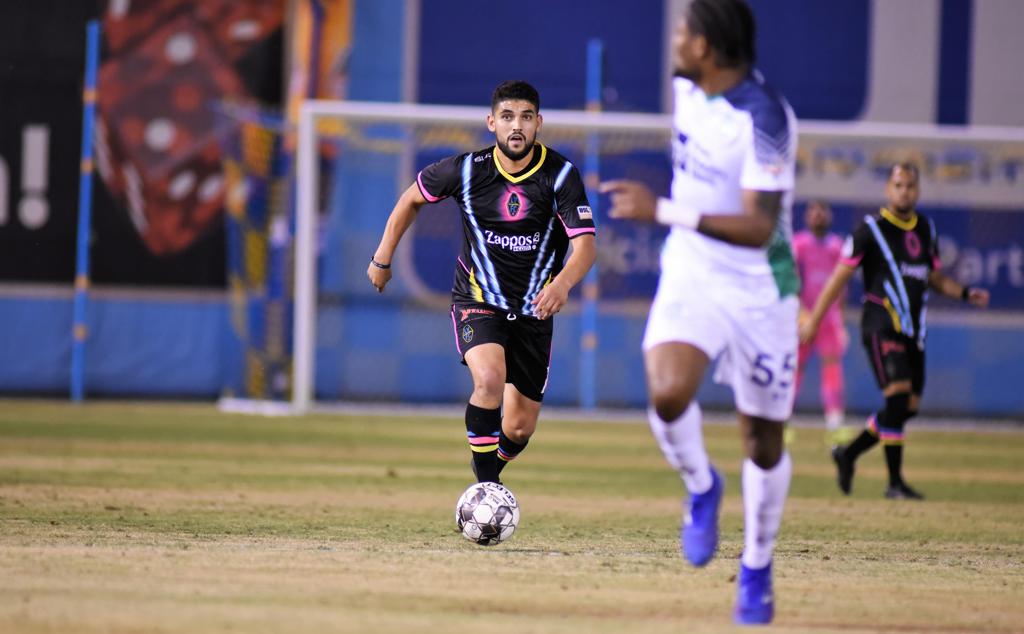 Lights FC lost their first USL Championship home game since June 29, 2018, when they were defeated 1-0 by OKC Energy FC on June 29, 2019. Since their last home loss, Las Vegas had a record of six wins and 3 draws in league play, making Cashman Field one of the most difficult venues for road teams in the United Soccer League.

Las Vegas registered the second-highest attendance in team history with 9,418 fans in the stands last Saturday. This is the fourth time in the 2019 USL Championship season that Cashman Field had the largest crowd in the Western Conference, it also marked the sixth time this year that Lights FC's attendance was top-2 in the league for that week.

The Las Vegas-born & raised goalkeeper is fourth-best in USL Championship with seven clean sheets, which is more than double the times Lights FC shutout their opponents in a total of 38 games in 2018. His 43 saves have "TKO" tied for fifth-best in the league.

Against OKC Energy FC, Parra made his return after a 2 game suspension. The Inglewood native had 5 key passes, 3 shots and hit the post in the 83rd minute in the best opportunity Las Vegas created that match. He leads Lights FC with 8 goals, with all but one of them being scored at  Cashman Field.

Ever since being added to Lights FC’s roster, Mobi Fehr hasn’t missed a game. He immediately won over manager Eric Wynalda’s confidence for his ability to adapt to any circumstance and being able to step in at multiple positions needed for the team, both ahead of a game and during a match. Against Oklahoma City, Fehr completed 92.5% of his 53 passes.

After making his USL Championship debut on the road against El Paso, Gonzalez was selected to be a part of Lights FC's Starting XI versus OKC Energy FC playing the full match and leading the team in three defensive categories: possession gained (11), tackles (3) and interceptions (2).

Lights FC acquired 23 year old midfielder Vinnie Vermeer on loan from Nashville SC for the remainder of the year, pending league and federation approval. A native of the Netherlands, Vermeer came up through the youth academy of Dutch giants PSV Eindhoven.

This is Vinnie Vermeer’s first season playing in the United States, joining Nashville SC as a free agent in February. He made his USL Championship debut on March 24 coming in as a substitute against New York Red Bulls II. 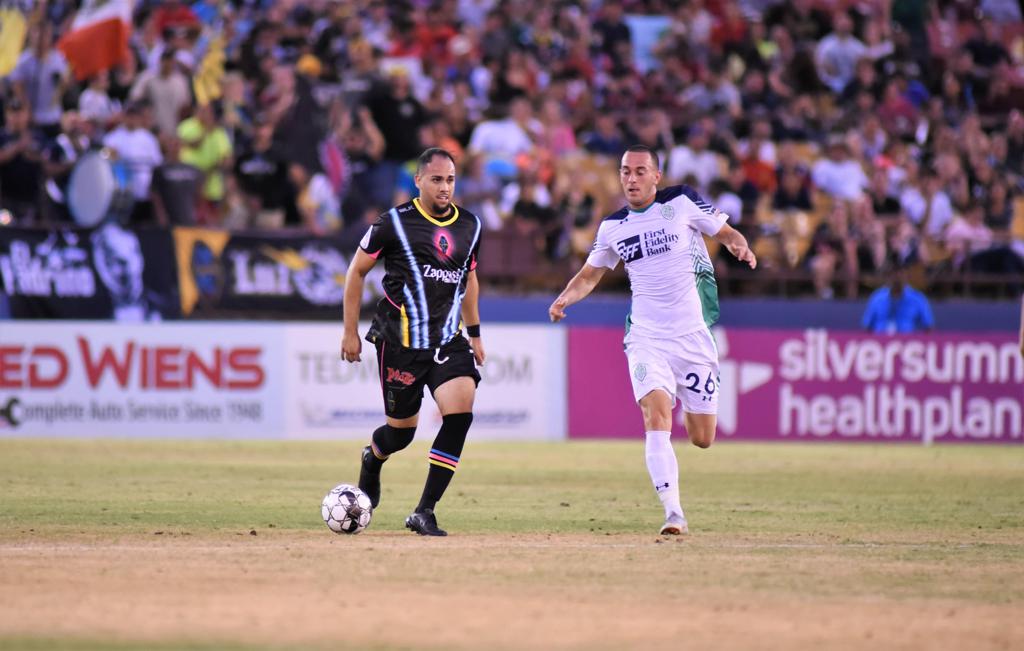 Jesus Gonzalez got his first start in USL Championship by being in Lights FC's lineup against OKC Energy FC.

HERE IS EVERYTHING ELSE YOU NEED TO KNOW AHEAD OF THURSDAY'S MATCH VS. L.A. GALAXY II:

** Lights FC will wear limited edition jerseys to commemorate the 25 year anniversary of the U.S. Men's National Team "denim" kits that were worn during the 1994 World Cup, with Eric Wynalda scoring a legendary goal in it against Switzerland. Fans can purchase a special ticket package for $94 at LightsFC.com/1994, it includes the limited edition jersey and a midfield upper ticket to the Fourth of July match against Galaxy II.

** The "Summer of Soccer" delivered by Zappos continues at Cashman Field, featuring the lowest priced tickets in club history! Tickets for the next 3 home matches up to August 24 start at only $10 courtesy of the Terrible Herbst's Ten Buck Tixs, giving everyone in the Valley the opportunity to enjoy Lights FC pro soccer in Downtown Las Vegas.

** Saturday’s match kicks off at 7:30 p.m., start time for all Lights FC home regular season matches in 2019. For on-site ticket purchase at Cashman Field, both the box office and will call open at 2:00 p.m. on gameday. Tickets are available atLightsFC.com/Tix and at every La Bonita Supermarket in Las Vegas.

** The Pitchside Pool Party features multiple "swimming pools" located pitchside to bring fans as close to the action as possible. Each pool rental is priced at $50 and can be reserved at LightsFC.com/PoolParty, calling 702-728-GOAL or by visiting the Lights FC Guest Services Booth at Cashman Field on match days.

** Fans in attendance over the age of 21 will have the opportunity to take advantage of new drink specials during the Summer of Soccer. Specially priced $2 Los Altos Tequila shots and $5 Waldo's will be available at all Cashman Field bars. Invented by Lights FC manager Eric Wynalda, a "Waldo" features any flavor of Jarritos (Wynalda's preference is Mandarina & Toronja) and Los Altos Tequila.

WHERE TO WATCH & LISTEN TO LAS VEGAS LIGHTS FC VS. L.A. GALAXY II:

Saturday's game (7:30 p.m. kickoff) will be aired locally on MyLVTV with broadcasters Jeff Radcliffe and Devon Kerr announcing the action.