Despite out-shooting OKC 19 to 8, Las Vegas is defeated 1-0 by OKC. Tonight's game registered the second-largest crowd in Lights FC history with 9,418 fans in attendance at Cashman Field. 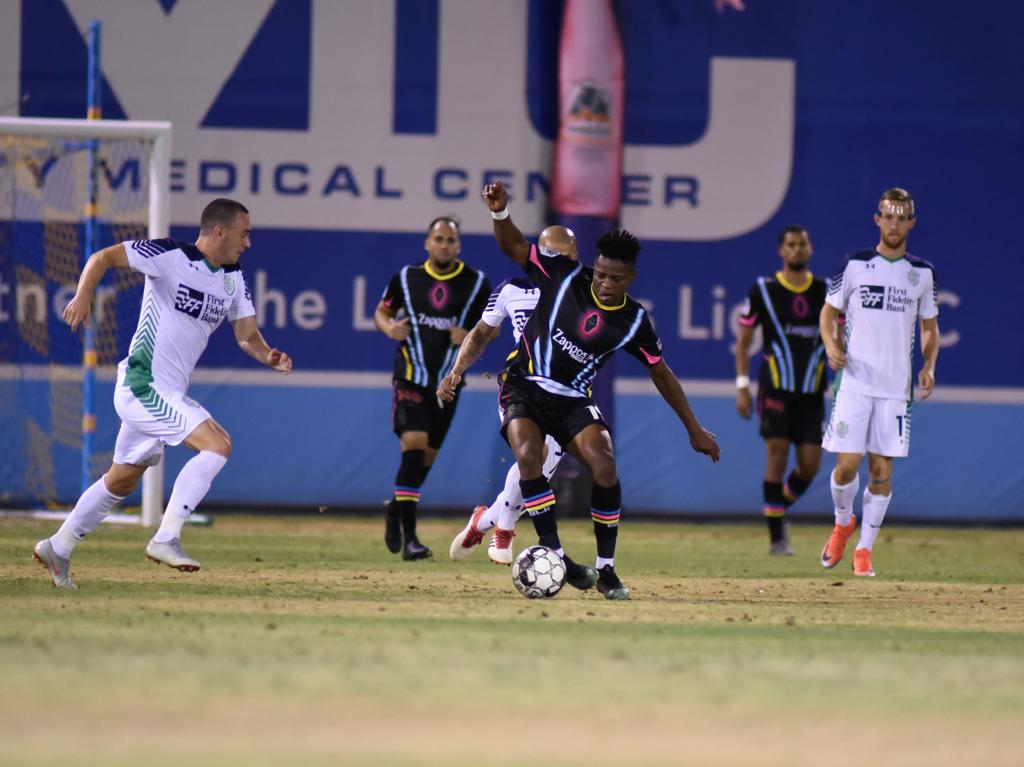 Lights FC took a total of 19 shots in the game, including 13 of them in the second half.

LAS VEGAS, NV - The last time Lights FC were defeated in a USL match at Cashman Field was exactly nine months ago, with a 1-0 loss against OKC Energy FC on September 29, 2018. Tonight it was deja vu all over again for Las Vegas as Oklahoma City obtained a 1-0 win at Cashman Field. Tonight’s match registered the second largest crowd for a Lights FC match with 9,418 fans in attendance.

"We're just going to say that it wasn't our night", said Lights FC manager Eric Wynalda. "To completely outplay somebody and lose the way we lost tonight, it stings. But we've got to regroup, we’ve got to get ourselves ready to play on Thursday night."

Las Vegas returned home riding a high wave of momentum after getting their first road win of 2019 last week against El Paso, but they knew that Energy FC was a threat for their undefeated home record in USL Championship this season.

Both teams had good opportunities to open the score in the first half. Oklahoma City's Deshorn Brown had a one-on-one opportunity against Thomas Olsen in the 24th minute, but his shot went over the crossbar. Lights FC came back 4 minutes later with a free kick from Pablo Cruz that found Gabe Robinson in the box, but his first-time volley was deflected from going into the back of the net by Cody Laurendi.

The game went into the halftime break tied scoreless, with Lights FC forced to do a substitution right before the end of the first half due to a lower-body injury suffered by Jose Villarreal, who was replaced by Jonathan Levin.

Energy FC targeted long passes to their forwards all night long to generate their best opportunities, including one just 80 seconds after the beginning of the second half where Deshorn Brown once again fired a shot, but Thomas Olsen remained patient and was able to get the save in the back.

With 15 minutes left before the end of regulation, Wynalda was sent off by referee Victor Rivas, leaving Lights FC assistant coach Auggie Rodriguez with the responsibility of managing the team in the final stretch of this match.

One of the best chances for Las Vegas in the match came after a great defensive play by Tabort Etaka Preston, who stole the ball in the final third and ran it into the OKC box, delivering a precise cross to Irvin Raul Parra who hit a side-volley that went off the post.

The long passes by Oklahoma City had generated great opportunities, but they weren't able to put one away until the 89th minute when a long ball by Jonathan Brown got through to Deshorn Brown who shot it past Thomas Olsen to give Energy FC the lead and eventually the win 1-0.

"If you let a team like that in the game long enough things happen," stated Lights FC goalkeeper and captain Thomas Olsen. "They're an athletic side, they just kind of bang it forward. They connected on one and the guy was there to tuck it away. It's frustrating for us because we know we can do better than that, especially against a team like that, all you can do now is move on from here and learn your lesson." 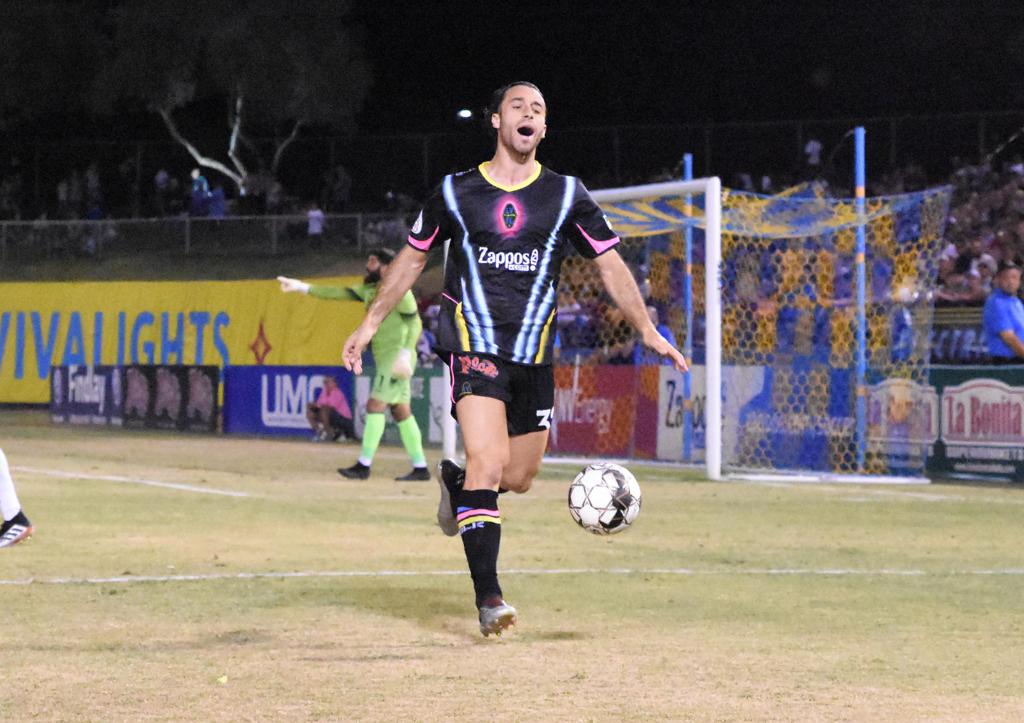 The defeat marked the first time in nine months since Las Vegas lost at Cashman Field, their previous loss was also at the hands of OKC Energy FC 1-0.

The 9,418 fans at Cashman Field marked the largest attendance for Lights FC since the team's first game ever on February 10, 2018. That day Las Vegas hosted MLS opponent Montreal Impact in a preseason match in front of a sold-out crowd of 10,387.

"That's a testament to our crowd and our fans, I just feel like we really let them down tonight," said Wynalda. "Towards the end I had to watch this one from inside and I was in total disbelief. The boys fought, we created opportunities to win the game. And one play, another Hail Mary in the endzone, if you will, ends up being the goal that beats us. We're going to regroup and we'll get ready for Thursday."

Lights FC will have a quick turnaround as they will face L.A. Galaxy II at Cashman Field on a special Fourth of July matchup, where Las Vegas will wear special kits to commemorate the 25th anniversary of the legendary U.S.A. "denim" jersey used by Eric Wynalda in the 1994 World Cup. Fans can purchase the jersey as part of a special ticket package at LightsFC.com/1994, for $94 they'll get the jersey and a midfield upper ticket to Thursday's game.

Both games are a part of the Summer of Soccer delivered by Zappos, where tickets start off at just $10 thanks to the Terrible's Herbst Ten Buck Tixs that can be purchased at LightsFC.com/Tix and by calling 702-728-GOAL.