TKO SELECTED FOR TEAM OF THE WEEK

Lights FC's goalkeeper Thomas Olsen was voted to be a part of USL Championship's Team of the Week for week 16 after shutting out El Paso's offense, including leading scorer Jerome Kieseweter. 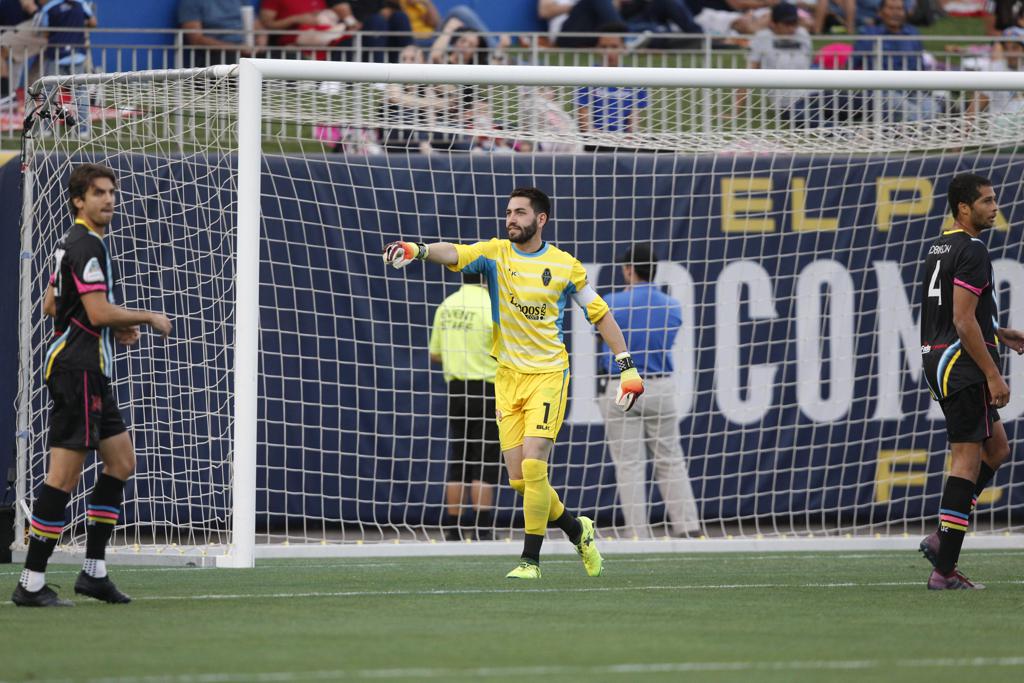 For the first time in his professional career, Las Vegas native Thomas Olsen was voted as a part of USL Championship's Team of the Week. This after completing his seventh clean sheet of the 2019 season in a 1-0 win over El Paso Locomotive FC, being a key component of Lights FC's first road victory of the year.

"TKO" had four saves in the game against El Paso, including an impressive one in the 85th minute that denied Omar Salgado from scoring the game-tying goal.

Olsen is the only Lights FC player that has been on the field for every minute of each regular season game Las Vegas has played so far in 2019. His 42 saves have him tied for fourth best in USL Championship, while his seven clean sheets are the second most in the Western Conference.

Lights FC returns home for their next 2 matches, which will take place in a span of six days. Las Vegas will host OKC Energy FC on Saturday, June 29, the first 3,000 fans in attendance will take home a free poster with the official 2019 Lights FC Team Photo from the "Most Epic Night In Vegas". Also, the first 1,500 fans to enter Cashman Field will receive a free "USA T-shirt" courtesy of Station Casinos.

Las Vegas will follow that game with a special Fourth of July match against L.A. Galaxy II, where Lights FC will wear limited edition jerseys to commemorate the 25 year anniversary of the U.S. Men's National Team "Denim" kit that Eric Wynalda wore during the 1994 FIFA World Cup.

Tickets for these games start at just $10 thanks to the Terrible Herbst's Ten Buck Tix that can be purchased at LightsFC.com/Tix and by calling 702-728-GOAL.

This is one of the initiatives of the Summer of Soccer delivered by Zappos, which also includes the Pitchside Pool Party, $2 Tequila Shots, $5 Waldo's (Tequila + Jarritos), and more!