Las Vegas gets their first road victory of the 2019 season against Locomotive FC, who entered the game as second place in USL Championship's Western Conference. 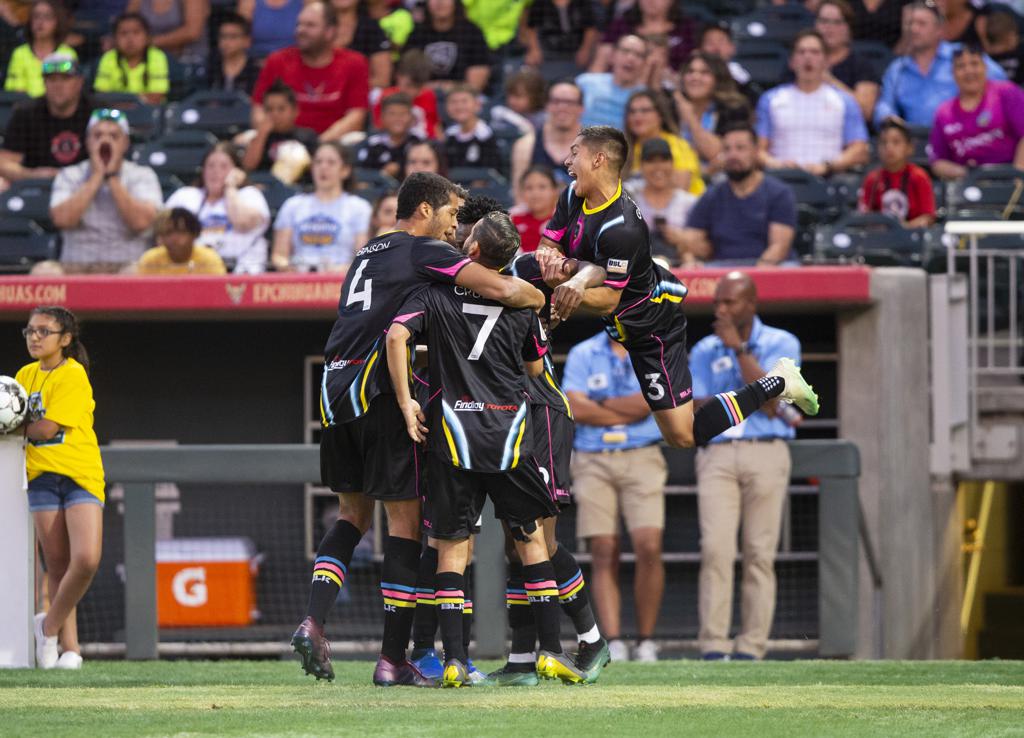 Lights FC entered their match against El Paso as +540 underdogs, defying the odds for the second straight week.

EL PASO, TX - Defensive discipline and convert the chances they had, that's what Eric Wynalda asked his team to do in El Paso. Lights FC delivered with a 1-0 win, derailing Locomotive FC's nine-game undefeated streak.

"It was a valiant effort from the entire team, we learned a lot about ourselves throughout our first seven road games," said Lights FC manager Eric Wynalda. "Tonight we had a plan that we implemented perfectly, I can't tell you how proud I am about my team tonight."

For the second consecutive week, Las Vegas faced an opponent that entered the match in a "Top 2" spot in USL Championship's Western Conference and after defeating then leaders New Mexico United 5-1 in Cashman Field, this time they took the show on the road with a visit to El Paso.

Lights FC allowed Locomotive FC to have the possession of the ball early in the match, but the pressure put up front by players like Santiago Echavarría, Junior Sandoval and Tabort Etaka Preston had El Paso on their toes with several breakaway opportunities.

The first shot on target for Las Vegas didn't arrive until the 42nd minute of the match, when Pablo Cruz lobbed a free kick into the box that Tabort Etaka Preston struck with a header and put the ball in the back of the net to give Lights FC the lead on the road for the first time this season.

"I told Preston 'let the big boys get in front of the goal on free kicks and sneak in there', it hit him in the eyebrows and he got the game winner," stated Wynalda on the difference-making play that gave Las Vegas the victory.

Eric Wynalda made two defensive-minded substitutions, bringing in midfielders Jesus Gonzalez and Jonathan Levin, and both delivered on what was asked of them.

"They came into the game with a specific purpose, we knew we needed warriors to battle," said coach Wynalda. "Jesus has worked harder than anybody in this club to get himself fit, he has done double days for the last 3 weeks, his performance today was essentially the fruit of his labors. I can say the same about Levin, who came in and was just a monster".

Thomas Olsen completed his seventh clean sheet of the year, saving four shots on target from El Paso. His defensive teammates had stellar performances in the back line, with Christian Torres and Dejan Jakovic being credited with 10 and 6 clearances, respectively. 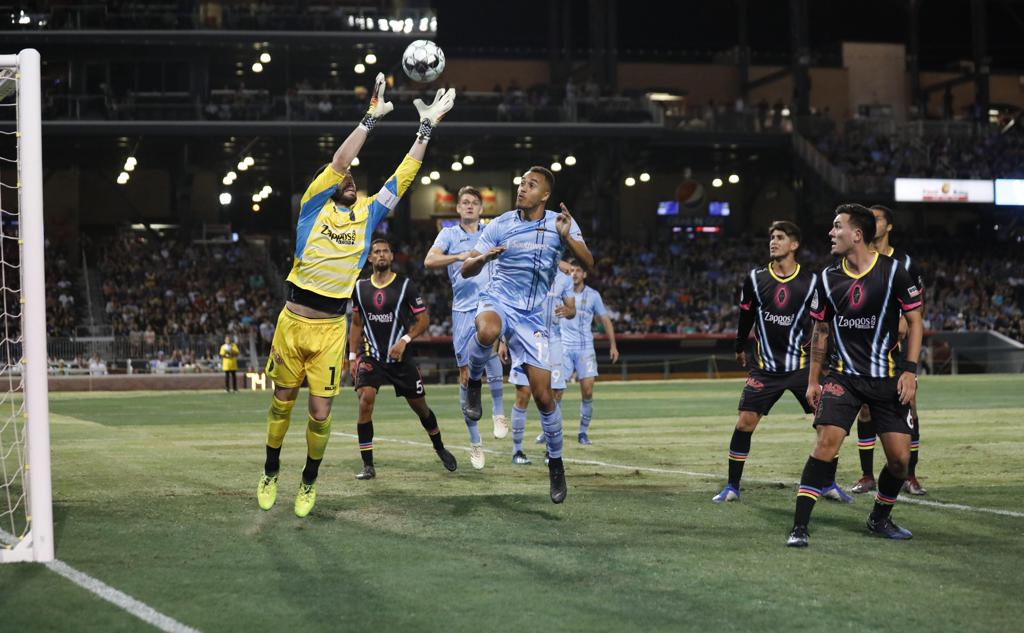 With 4 saves, Thomas Olsen completed his seventh clean sheet of 2019.

"That's how you play on the road, it's not going to be pretty, it's not going to be about possession," stated Eric Wynalda. "You have to play smart and you have to play as a group, that's why we got the win tonight. We get out of here with the 3 points that we needed, and the confidence to go into the next 2 games before we take a break. Now is the time when this team needs to get some momentum and get back to Cashman and keep racking up points that get us up on the table."

The win over El Paso lifted Las Vegas to eighth place in the Western Conference with 22 points this season.

Lights FC will return to Cashman Field for a two-game homestand that kicks off on Saturday, June 29 by hosting OKC Energy FC. Followed up with a Fourth of July match against LA Galaxy II, when Las Vegas will wear special kits to commemorate the 25th anniversary of the legendary U.S.A. "denim" jersey worn by Eric Wynalda in the 1994 World Cup.

Both games are a part of the Summer of Soccer delivered by Zappos, where tickets start off at just $10 thanks to the Terrible's Herbst Ten Buck Tixs that can be purchased at LightsFC.com/Tix and by calling 702-728-GOAL.