Las Vegas had an offensive explosion that produced an upset victory over New Mexico, who entered the game as the USL Championship's Western Conference leaders.

Without leading scorer Irvin Parra, Las Vegas resorted to a collective approach with all players pitching in their best to find the back of the net. After a back and forth beginning of the match that saw both teams create good opportunities, it was Javan Torre who opened the scoring. In the 32nd minute, Torre controlled a long clearance by New Mexico, advanced 15 yards to unleash a powerful strike outside the box that went past goalkeeper Cody Mizell.

"I took the ball out of the air, brought it down onto my right foot to try to go up to the middle, and put it back outside my hips on my left, where I feel more confident," said Javan Torre on the play that concluded in his USL Championship goal of the week contender. "And then I just did what I do in practice, I took a chance and today it paid off".

6 minutes later, Cristhian Hernandez got tripped by Rashid Tetteh inside the box with referee Farhad Dadkho calling a foul to give Lights FC a golden opportunity to extend their lead with a penalty kick. Hernandez's shot was blocked by Mizell, but on the rebound "Tripa" was able to redeem himself by scoring his first goal with Las Vegas to give the team a 2-0 halftime advantage. 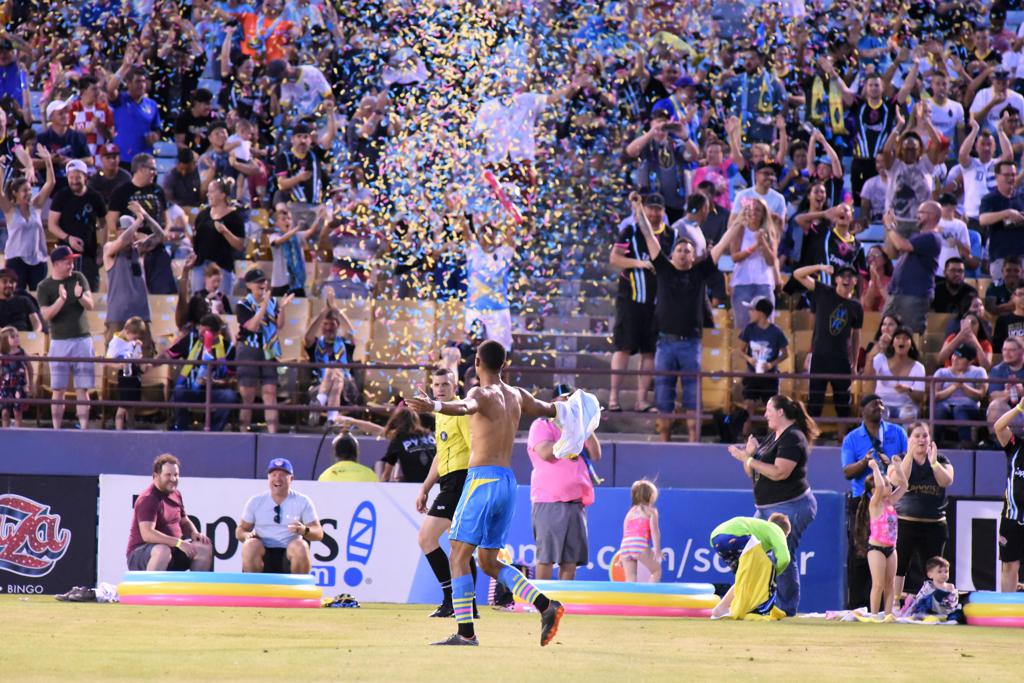 Javan Torre scored a USL Championship Goal of the Week contender to put Lights FC ahead 1-0 against New Mexico United.

Lights FC came out of the locker room with an explosive mindset in the second half, with Tabort Etaka Preston taking advantage of a New Mexico turnover in the center circle in the 47th minute. The Cameroon native rushed his way just outside of the box, from where he fired a shot between two players that Cody Mizell just watched go to his right with no chance at stopping it to put Las Vegas up 3-0.

"This is something I've been working hard for," said Preston. "I work hard every week, trying to gain more confidence and make sure I make the first team so I can help in any way that I can".

New Mexico didn't go back home without giving their traveling fans a goal celebration. Kevaughn Frater serving a corner kick to the near post, where Danny Estrada's header cut the possibility of a Thomas Olsen clean sheet.

But, the game was far from over, with two of the three players that were subbed into the game for Lights FC making this game a knockout for Las Vegas over New Mexico United. Similar to the heavyweight boxing championship upset from Andy Ruiz Jr. over heavy favorite Anthony Joshua.

On a breakaway, Junior Sandoval found an open Edwin Rivas who took advantage of the one on one opportunity against Mizell to get his first regular-season score with Las Vegas in the 90th minute. In added time, it was Sandoval's defensive pressure that got him a steal and he chipped it over United's goalkeeper to seal the final score at 5-1 for Las Vegas. 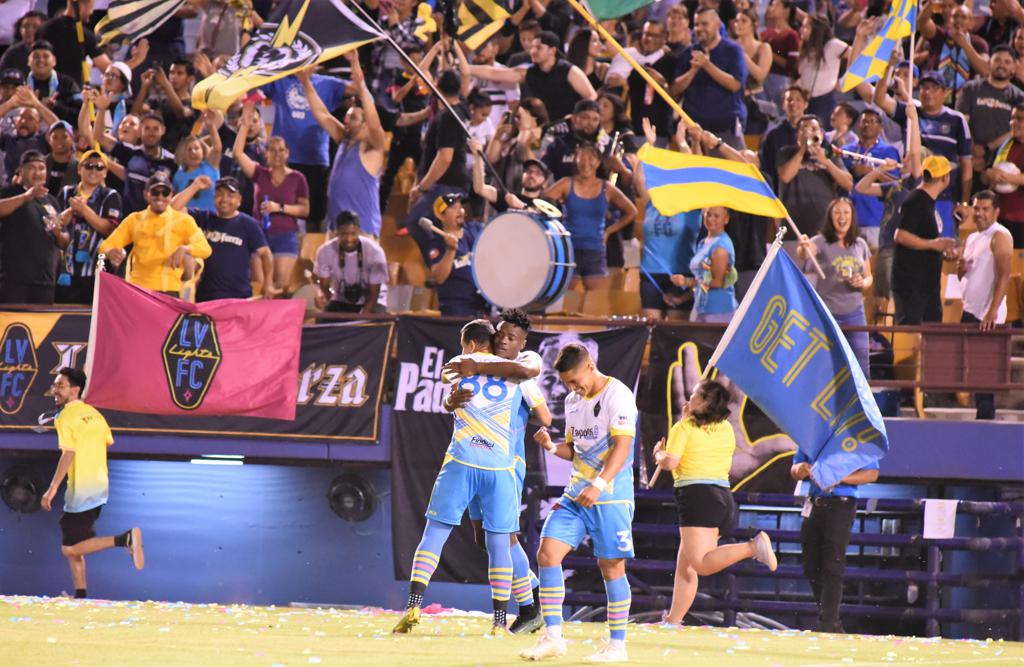 Tabort Etaka Preston extended Lights FC's lead early in the second half with his third goal of the season.

"It shows us just a small glimpse of what our potential is," stated Javan Torre. "But again, it's something that we have to do day in and day out. One win, it's great for the morale but we have to continue to build on it and show our professionalism in the coming weeks".

For the second consecutive week, Lights FC will face a team that has the lead in points in USL Championship's Western Conference. On Saturday, June 22, Las Vegas will visit El Paso Locomotive, who took advantage of New Mexico's loss to jump over them in the standings and is now tied for first place with Phoenix Rising.

Afterward, Lights FC will return to Cashman Field for a two-game homestand where they'll host OKC Energy FC and LA Galaxy II on Saturday, June 29 and Thursday, July 4, respectively. The Summer of Soccer delivered by Zappos continues with these matches, where tickets start off at just $10 thanks to the Terrible's Herbst Ten Buck Tixs that can be purchased at LightsFC.com/Tix and by calling 702-728-GOAL.