Las Vegas remains undefeated at home during USL Championship play in front of 6,081 fans that attended the beginning of the Summer of Soccer delivered by Zappos.

LAS VEGAS, NV - Lights FC kicked off the Summer of Soccer at Cashman Field by protecting their undefeated home record in league play with a 1-1 draw against Orange County SC.

Las Vegas debuted a new formation with the inclusion of Canadian National Team member Dejan Jakovic, who arrived via loan from MLS side Los Angeles Football Club (LAFC). Having a five-man backline brought stability for Lights FC during the run of play by leaving Jakovic, Gabe Robinson and Christian Torres in a defensive position while Kevin Garcia Lopez and Javan Torre had the liberty to run the sidelines knowing their teammates had their backs.

With a new approach to the game, Eric Wynalda preached patience from his players to let the game evolve and wait for the perfect moment to strike, and that's what happened in the 39th minute with a long pass from Javan Torre to Irvin Raul Parra. Parra took advantage of the visiting side waiting for an offsides call, and ran into the box and put the ball in the back of the net with a low shot to the near post. This was Irvin Raul's eighth goal of the season, with seven of them being scored at Cashman Field.

Before the half ended, Orange County SC was left with a man-down after Joe Amico was sent off with a red card after headbutting Irvin Parra in the third minute of added time. 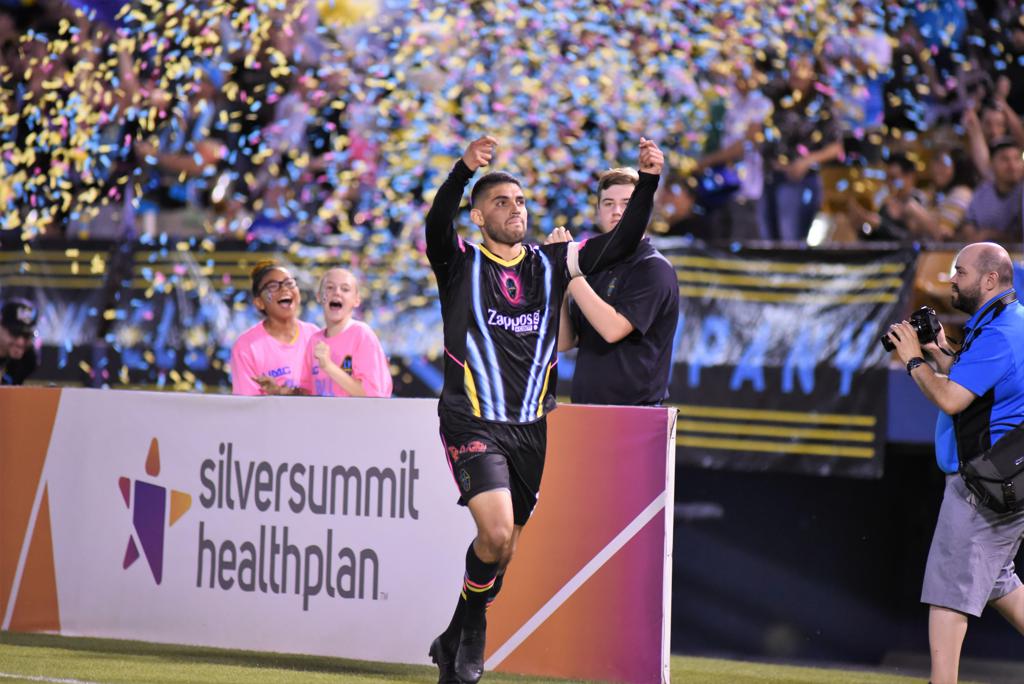 Lights FC's leading scorer Irvin Parra recorded his eighth goal of the 2019 USL Championship season, with seven of them coming while playing at Cashman Field.

The match would end up being tied in the 70th minute when a long throw-in by Kevin Alston was flicked and found Leonardo in the six-yard box. Leonardo's header hit the back of the net, ending Thomas Olsen's streak of 250 minutes without receiving a goal at Cashman Field.

Two minutes later, Lights FC got back in front on the scoreboard with a strike from Tabort Etaka Preston. But after talking over the play with one of his assistants, referee Dejan Susak waved off the goal.

This match had a thrilling ending, with Las Vegas having two long throw-ins and two corner kicks in added time that threatened Orange County. But after clearing Lights FC's final opportunity, the visiting OCSC had one more shot on a breakaway when Vinicius set up Liam Trotter for a shot that went high of the crossbar with Thomas Olsen putting pressure on the English midfielder.

"I'm pretty sure that we can walk away with this with some positives, but this has to sting," said Lights FC manager Eric Wynalda. "It has to sting a little bit when you don't get the result you're looking for at home. All credit to Braeden Cloutier and his team, they've got some talented guys out there ... but look, we out-soccered them". 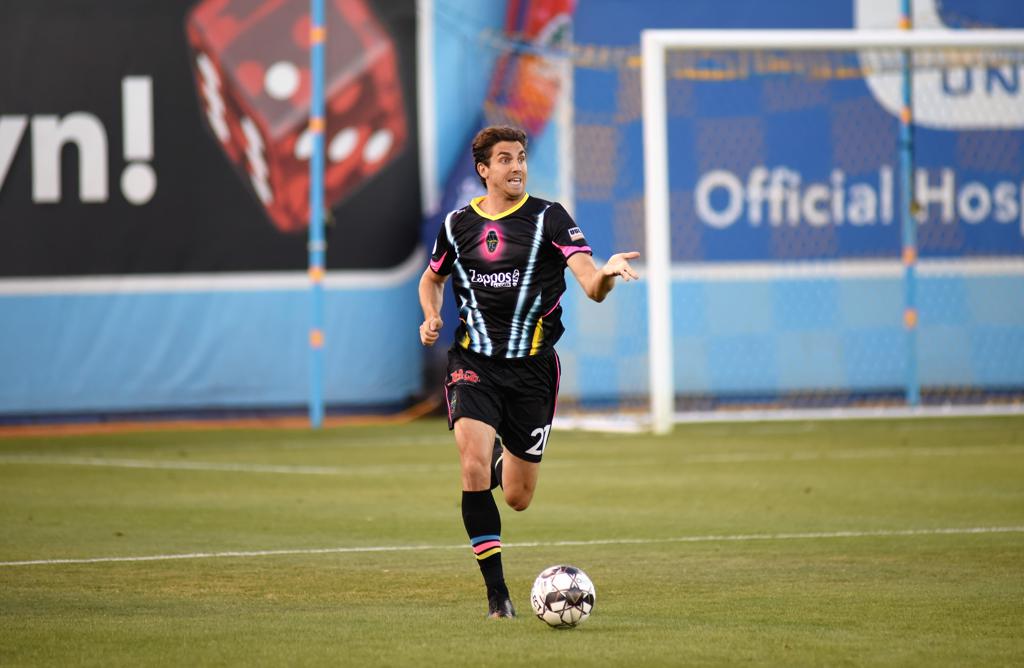 After officialy joining Las Vegas Lights FC this week via loan from LAFC, Dejan Jakovic made his team debut by being in the Starting XI and playing the full match

"It was a tough match," said Lights FC defender Dejan Jakovic, who made his Lights FC debut by playing the full game against Orange County. "I think we were a little bit unfortunate not to come away with three points. We played very well in the first half, we created chances and scored the goal. I think in the second half we got a little bit too much complacent and they've got some big boys. And it's one of those where you can tell they're dangerous from set pieces and throw-ins and unfortunately, we just fell asleep a little bit on that play they scored on us."

Las Vegas will close out its two-game homestand on June 15 as they host USL Championship's Western Conference leaders New Mexico United. This match is the second in the Summer of Soccer delivered by Zappos, where tickets start off at just $10 thanks to the Terrible's Herbst Ten Buck Tixs that can be purchased at LightsFC.com/Tix and by calling 702-728-GOAL.