Las Vegas tied the score in the 85th minute after being down by two goals twice, but OCFC took advantage of playing a man up in the final minutes to overcome Lights FC's comeback bid. 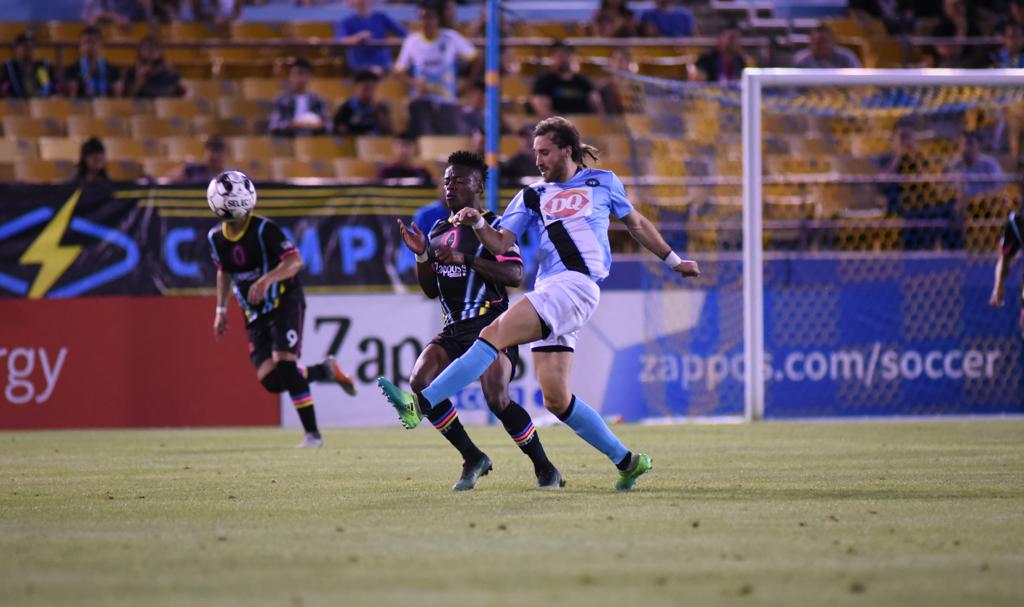 Lights FC fought hard to try and complete a comeback, but after tying the match in the 85th minute OCFC roared back to take the lead in the final minutes of the game.

LAS VEGAS, NV - Eric Wynalda knows a lot about upsets in the U.S. Open Cup, as he was once in charge of the amateur team Cal FC and NASL squad Atlanta Silverbacks.  They defeated MLS teams in the 2012 and 2014 tournament, respectively. Unfortunately for Lights FC, he was on the wrong side of the "Cup-set" as Orange County FC from the NPSL defeated Lights FC 5-3.

"That's how this competition is. For all the reasons I love it, I hate it tonight," said Lights FC manager Eric Wynalda. "Congratulations to OCFC and my friend Paul Caligiuri, and good luck in the next round. We let ourselves down as a team tonight. I think that my guys are learning that nothing should be taken for granted in this game because it could burn you".

OCFC started the game strong, with a header from Cody Shelton in the sixth minute and a Lights FC own-goal with a miscommunication between defender Mobi Fehr and goalkeeper Angel Alvarez. Las Vegas cut the distance with a penalty kick scored by Santiago Echavarria six minutes later.

But Orange County's aerial game once again made the difference, when in the 35th minute a goal kick was headed twice before landing in front of Dakota Collins, who after controlling it, had a lethal left-footed strike to give the visiting side a 3-1 lead into the halftime break. 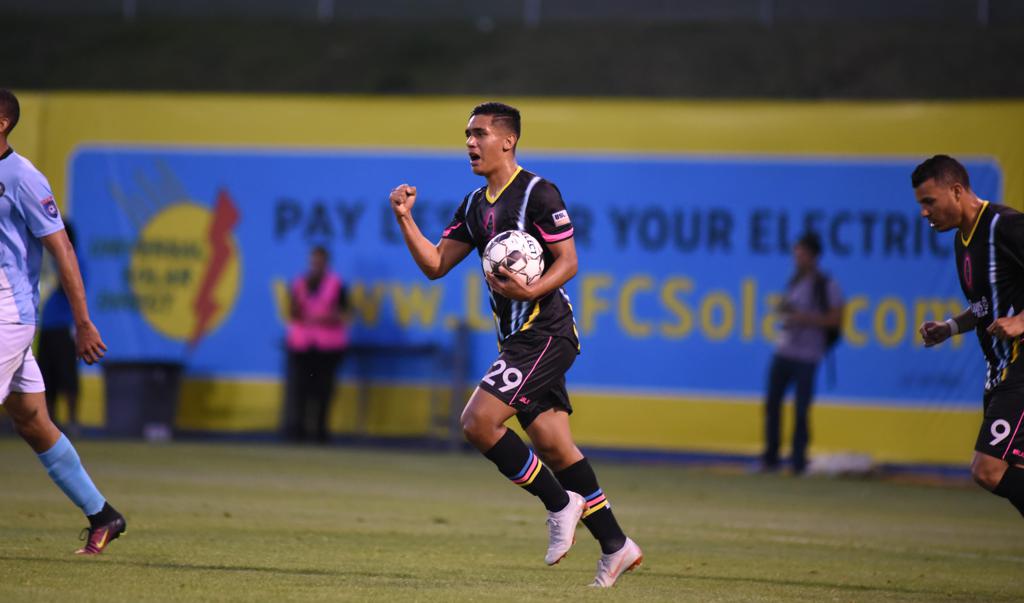 Colombia native Santiago Echavarría cut OCFC's lead in the first half with a penalty kick, scoring his second goal with Lights FC.

Lights FC kicked off the second half pushing their lines forward and with two minutes into the half, Jesus Gonzalez found Santiago Echavarria in the top of the box.  The Colombian passed the ball to his left and found Edwin Rivas who unleashed a rocket past goalkeeper David Preys to cut OCFC's lead to 3-2.

The Southern California team retreated their squad to try and defend their lead. Lights FC was hit hard in the 74th minute when midfielder Christian Torres was sent off after seeing a red card for violent conduct.

Despite being a man down, Lights FC didn't stop fighting. In the 85th minute, Jose Villarreal crossed a free kick into the box which was headed in by Junior Sandoval to tie the match. By leveling the score, it was a new game, but not for long.

Orange County FC took advantage of the defensive holes left in the Las Vegas back line with Christian Torres being sent off and in the 89th minute re-took the lead via a Blake Frischknecht goal and then in added time Oscar Flores twisted the dagger to leave the final score at 5-3. 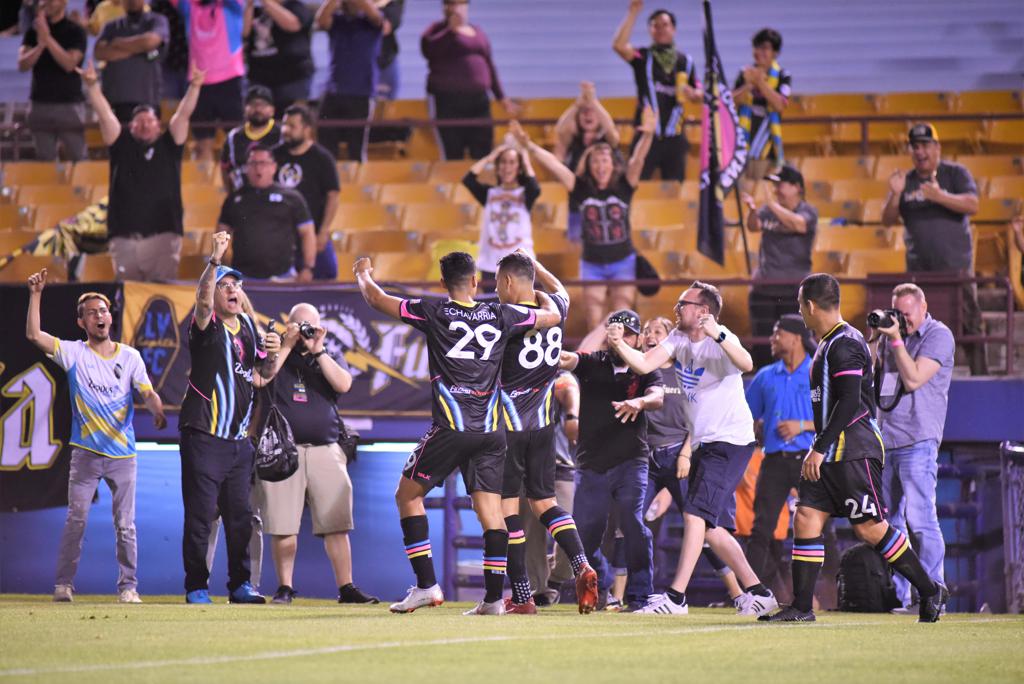 Junior Sandoval's header in the 85th minute got the fans at Cashman Field excited, but the team's comeback bid got halted with two late goals by OCFC.

MLS veteran and former L.A. Galaxy member Jose Villarreal made his Lights FC debut against OCFC and with his experience, knows that this is just a speed bump in a long season ahead. "Some unlucky goals in the beginning hurt us, we have to win as a team and lose as a team,'' stated Villarreal. "We move forward from this and focus on league play now and do the best we can. There's room for improvement and we're definitely going to make a run.”

Las Vegas will now focus their attention in USL Championship action as they'll visit Reno 1868 FC in the first match of the 2019 Silver State Cup on Saturday, June 1 with kickoff scheduled at 7:30 p.m.

Lights FC will then have back to back home games against Orange County SC on June 8 and versus Western Conference leaders New Mexico United on June 15. Tickets for all Lights FC home matches are available at LightsFC.com/Tix.