LAS VEGAS, NV - With Lights FC is one of the most dominant teams at home, opponents who travel to Cashman Field are starting to prepare with a defensive style of play to try avoiding being defeated in Sin City. Despite being the team proposing the action, Las Vegas ended up adding one point to their season total out of this game instead of the three they were fighting for after a scoreless draw with Roughnecks FC.

Eric Wynalda was forced to change his formation with the injuries suffered by center back Gabe Robinson and midfielder Lucas Scaglia, plus the one-game suspension of Mobi Fehr. Despite the absence of these key defensive players, Lights FC was able to control Tulsa's limited attacking efforts.

The first half was a battle between both teams in the midfield, with Las Vegas trying to push the pace and Tulsa playing with most of their players on their defensive half of the pitch. The closest opportunity came off of a Cristhian Hernandez free kick that sailed over the crossbar.

With neither team getting a shot on target in the first half, Las Vegas pushed their lines early in the first five minutes of the second half generating opportunities with Pablo Cruz and Tabort Etaka Preston, the later entering into the match as a halftime sub. 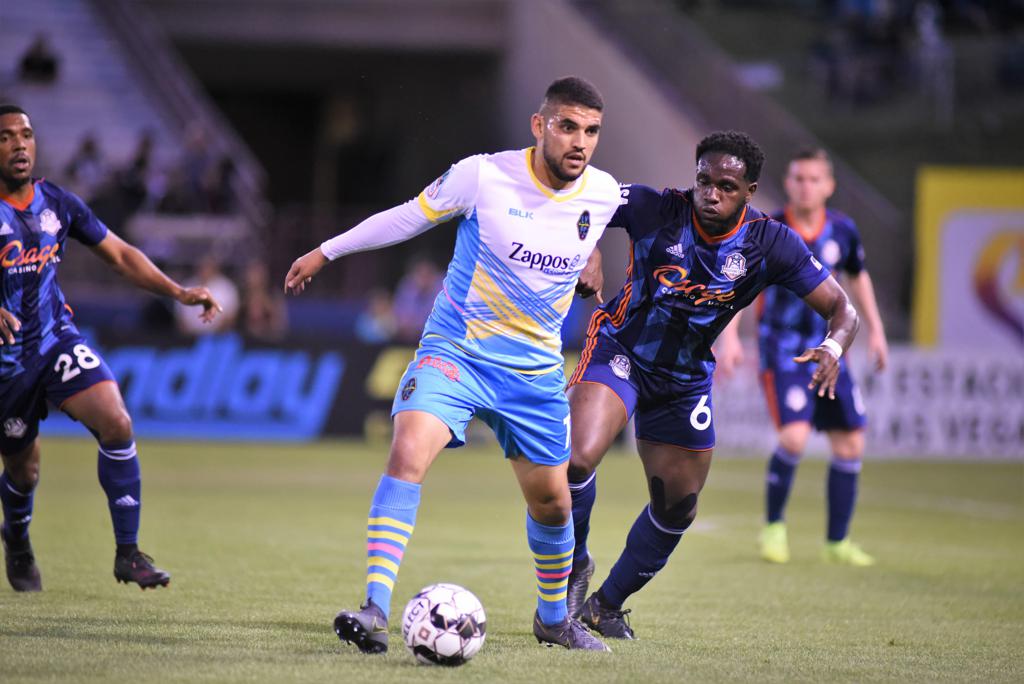 The first shot on goal didn't arrive until the 60th minute with a strike from "Tripa" Hernandez being blocked by Mason Stajduhar, goalkeeper who is on loan from MLS side Orlando City. Only 20 seconds later Tulsa caught Lights FC off guard with a counterattack that culminated with Fredlin Mompremier chipping the ball over Thomas Olsen, but Las Vegas defender Christian Torres kicked the ball out when it was inches from crossing the final line to open the score.

With Roughnecks FC parking the bus and basing their attack in surprising Lights FC, Las Vegas didn't find holes in their opponents defense inside the box and had to try finding the back of the net with long shots that were stopped by Stajduhar, who prevented the home team to get ahead and sealed the game with a 0-0 tie. Lights FC out-shot Tulsa 14 to 7 and held possesion of the ball 60.3% of the match.

"Look, I think the reason why Tulsa has many ties as they have is that they know how to shut down," said Lights FC manager Eric Wynalda. "They played for the counter, they almost got us on a couple of occasions, but there's a lot of positives to take out of this game. We got a clean sheet, we're coming off of a game where we let a bunch in on the road".

Left back Eric Gonzalez got his fourth consecutive regular-season start, playing one of his best games both offensively and defensively. "We just have to rely on our talents and just try to play as much as possible on the ground, moving quickly and that was the game plan for us," stated Gonzalez. "Unfortunately we didn't get the result we wanted but that's how it is sometimes you just have to keep moving forwards and onwards". 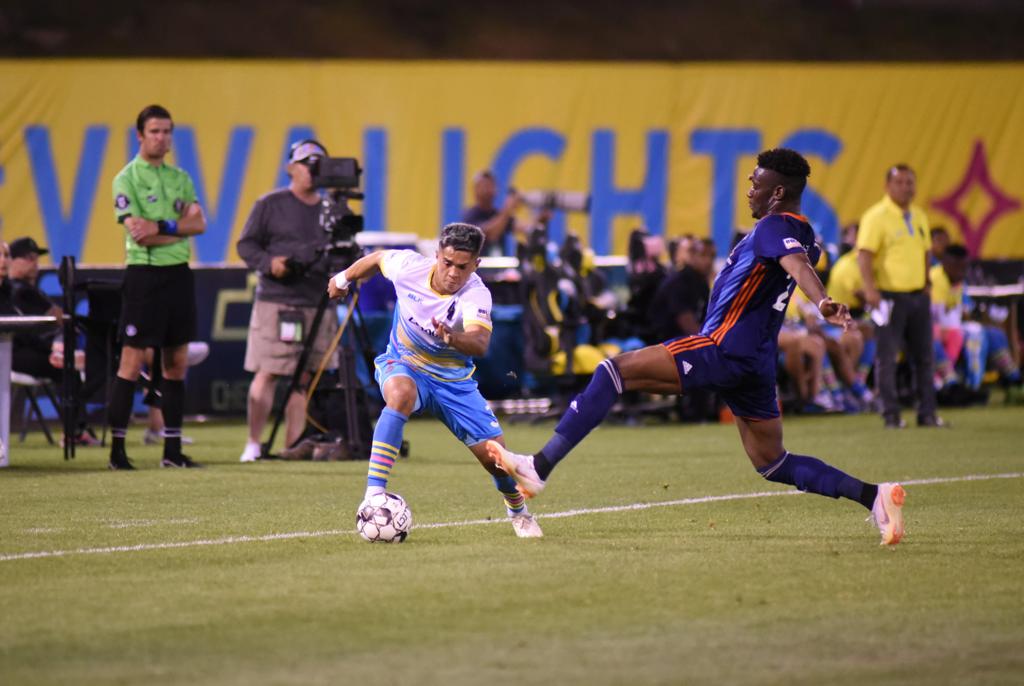 After being out for nearly a month due to a lower body injury, right back Kevin Garcia Lopez returned to Lights FC's lineup and played the full match against Tulsa.

The scoreless draw guaranteed Lights FC maintains their undefeated record at Cashman Field, where in USL Championship action they have four wins, 2 ties, and no defeats.

Las Vegas will now turn their attention to a pivotal Lamar Hunt US Open Cup match on Wednesday, May 29 when they face Orange County FC at Cashman Field. The winner will advance to the Fourth Round of the competition and will face a Major League Soccer team. Tickets are available at LightsFC.com/OpenCup for only $10, with all seating being general admission including the unique opportunity to watch the match on the field. Prior to the game, the second ever "As Easy As ABC Clinic" will be held at Cashman Field with ticketed kids ages 5-12 will be able to learn from the pros as Lights FC players will be in charge of the clinics from 6 to 7 p.m.

While that match against OCFC is the next match, the team also has an eye on their following USL Championship battle as it will be the first game of the Nevada State Cup against Reno 1868 FC, with Las Vegas traveling to Reno for the game to be played on Saturday, June 1 at 7:30 p.m.