SCOTTSDALE, AZ - There are always game-changing moments in every sporting event, and Lights FC had a pair of shots off the post that could've helped their team if they had hit the woodwork an inch or two closer to the inside. But they weren't meant to be and Las Vegas returned home with a 4-0 defeat at the hands of the defending Western Conference Champions Phoenix Rising FC.

Lights FC's coaching staff focused on weathering the storm of Rising's high tempo offense, and they did early in the match thanks to the valiant effort from goalkeeper Thomas Olsen who blocked one-on-one shots from Junior Flemmings and Adam Jahn in the first 10 minutes of action. Lady luck was even on TKO's side when a shot from Solomon Asante hit the post in the 24th minute.

Eric Wynalda let his offense off the leash half an hour into the match and the first opportunity for his side arrived when Junior Sandoval put pressure on Phoenix goalkeeper Zac Lubin and uncorked a low shot that hit the woodwork in what was a great opportunity to give Lights FC the lead.

Instead, in the final minutes of the first half Phoenix Austin Ledbetter and Jose Aguinaga connected on the right side of the field to get past the final line of Las Vegas and find an open Kevon Lambert to open the score, which was 1-0 going into the halftime break. 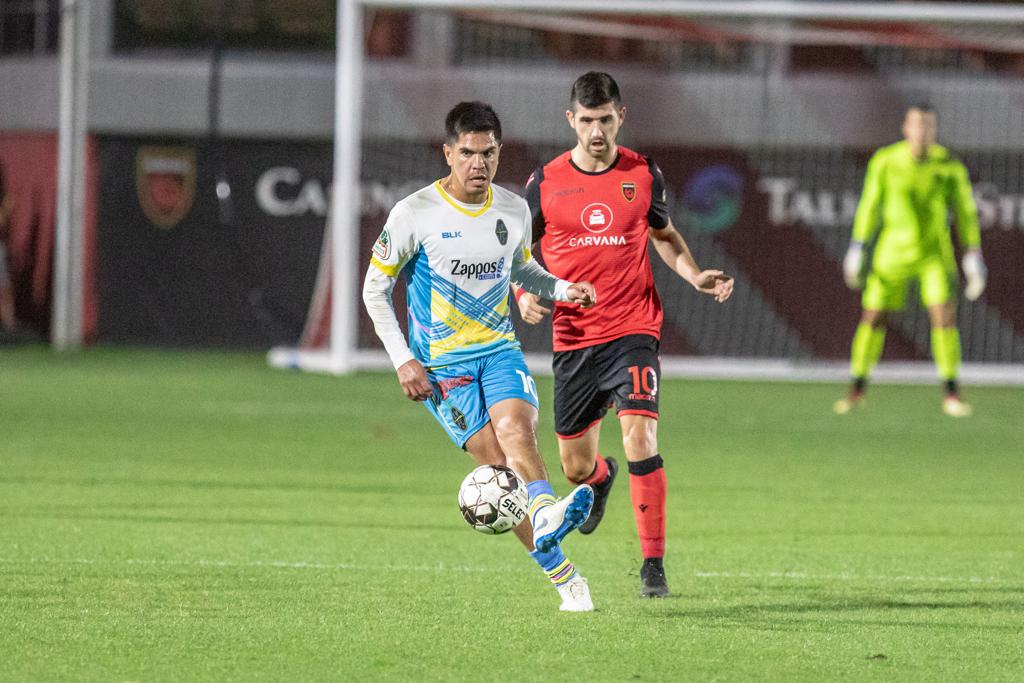 Cristhian "Tripa" Hernandez once again proved to be a weapon off the bench for Lights FC, with him putting a shot off the post just a minute after coming into the match.

Cristhian "Tripa" Hernandez was one of two halftime substitutions that Coach Wynalda used for Las Vegas and bringing him into the game almost paid off immediately, with him putting a first-time strike off the post just a minute into the beginning of the second half that could've tied the score.

Just a few inches off, this was the second potential game-changing moment for Las Vegas that simply wasn't meant to be.

While trying to push the pace, Lights FC had key mistakes that ended up costing them and had their deficit increase. Errant passes led to Rising FC taking advantage of opportunities by Solomon Asante and Adam Jahn in the 51st and 77th minutes to put the game out of reach for Las Vegas.

“This was another example of our issues on the road,” said Lights FC manager Eric Wynalda. “There was some confusion after shuffling our formation, we gave them 3 goals tonight with bad passes. Tonight was a real difficult game, we just could never find our rhythm, we again continue to struggle on the road."

Playing with ten men after Mobi Fehr got sent off for being booked with two yellow cards, Lights FC conceded a fourth goal with a breakaway opportunity where Asante put a precise through pass to Junior Flemmings who closed the score at 4-0 by putting the ball past Thomas Olsen in added time.

“We were really careless in the middle of the park and they were able to break with speed, it wasn't necessarily brilliant football that beat us tonight,” stated Wynalda. “We've lived this before, we started chasing the game, started to climb our way back into the game and then one bad pass results in a goal and the game turns on its head. We have to pick ourselves up, we have a full week to prepare for our home game. This is where we have to really have to come together”. 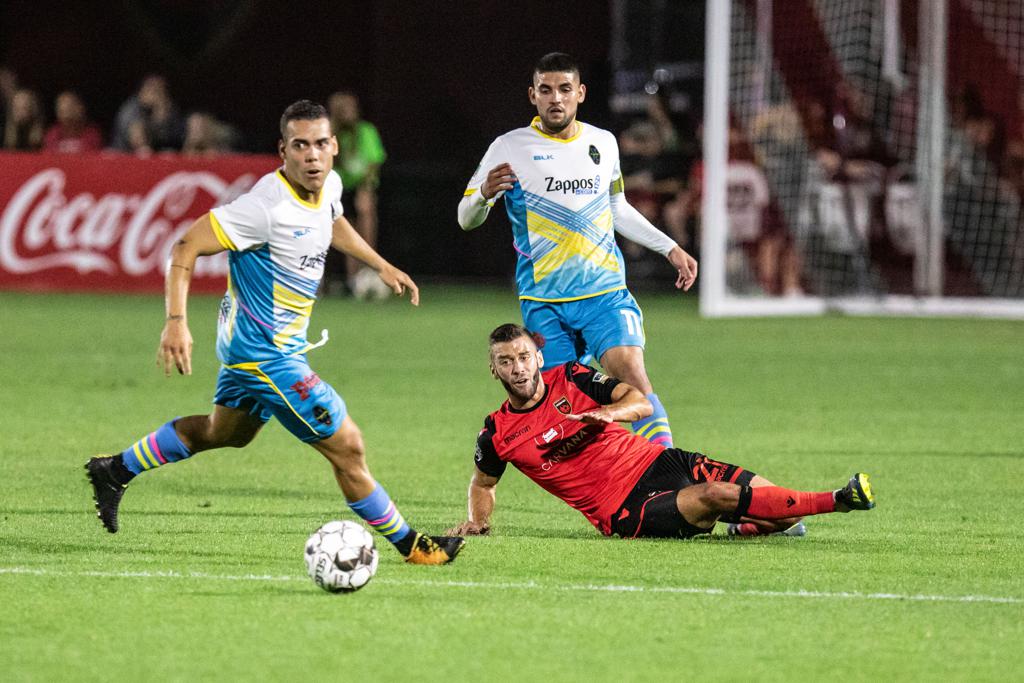 In very uncharacteristic fashion, Lights FC struggled with their pass accuracy being under 80% for the first time in their last seven matches.

Lights FC saw their four-game undefeated streak in all competitions snapped with this defeat on the road, and will now focus on their next two matches which will be contested at home.

“We have to assess everything, the reality is we were on a good run and we came to a very difficult place to play in Phoenix,” said Wynalda. “They're clearly our rival, they were just more up for the game than we were and capitalized on our mistakes and that's the mark of a good team, let's give them some credit.”

Las Vegas will have a full week to prepare ahead of another 8-day stretch in which they'll have three matches, kicking off with a league matchup against Tulsa Roughnecks on Saturday, May 25 at Cashman Field on Paws on the Pitch night. Fans are encouraged to bring their furry friends, who will be able to enjoy the match alongside their human from the grass berms.

Afterward, Lights FC will host NPSL side Orange County FC in a US Open Cup third round match on Wednesday, May 29. On the line is a spot in the next phase, where the winner will face a Major League Soccer team. Tickets for this game are only $10 with all seating being general admission, including being able to watch the action on the field. Before the game begins, kids ages 5-12 will be able to take part in the "As Easy As ABC Clinic" led by Lights FC players from 6 to 7 p.m.