Lights FC will have their first home game in three weeks by hosting dangerous Sacramento Republic FC, tickets start at just $15 with the first 3,000 fans in attendance receiving a free luchador cape. 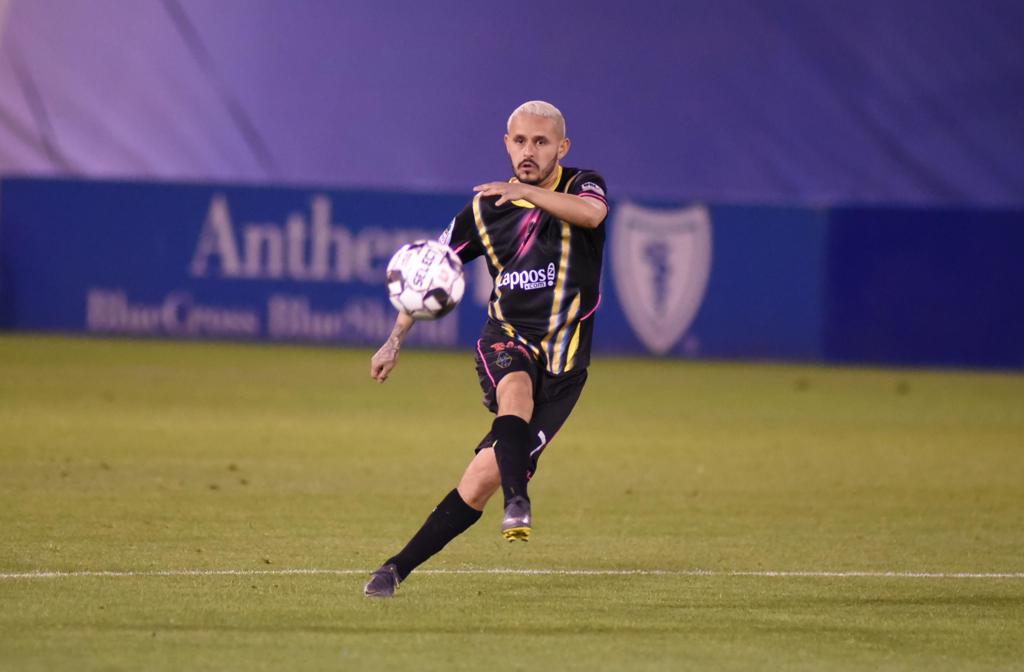 Pablo Cruz has adapted on being used as both a starter and a substitute by Eric Wynalda. "Lito" has created multiple offensive chances in 4 consecutive games and in 6 of Lights FC's last 7 matches.

Las Vegas, NV – After playing five out of their last seven matches on the road, now it's Lights FC's turn to take advantage of playing at home as five of their next seven USL Championship matches will be played at Cashman Field, including Saturday's duel against Sacramento Republic FC who is currently in sixth place in the Western Conference.

"Sacramento is one of the better teams that you’re gonna play no matter what, whether you're playing them at home or on the road, either way, Simon Elliott's gonna have his team prepared to play," said Lights FC manager Eric Wynalda on his next opponent. "But coming here is a different animal for them, We like to turn up the heat in front of our fans and there's no fear in our group, we are gonna be the aggressor. Hopefully, we’ll be able to prove that they’re not as difficult as they like to believe at getting scored on … because we'd like to put a few pass them".

Playing in front of their fans is where Lights FC has felt most comfortable this season, staying undefeated in the three matches they've had at Cashman Field so far and having a two-game win streak at home.

"At home, we just play different, we have a more aggressive style and I think our guys gravitate to that a little bit more," stated Wynalda. "Having five out of the next seven in our house gives us a comfort level that allows us to really get after games, as opposed to being as tentative as we have been at times on the road. I’m looking forward to being back at Cashman in front of our fans".

Lights FC's Starting XI will be impacted due to two injuries that the team suffered on Monday's scoreless draw on the road against L.A. Galaxy II, as defenders Kevin Garcia Lopez and Christian Torres have been ruled out for Saturday's matchup versus Sacramento Republic FC. "These are forced changes, ones that you don't want to make," said head coach Eric Wynalda. "We'll have to make some adjustments, but we were very pleased with (Tabort Etaka) Preston and (Panzani) Sousa. The way they fit in because that was a tough task for a guy to go into the game unexpected to play that specific position and giving a pretty good performance. We'll make changes, but our attitude will remain the same".

This will be Sacramento's second USL Championship game in 21 days after having a bye in week 7 of the season. Republic FC has only played three road games in 2019, with the first of them being a win over Colorado Springs 1-0, but losing their last two matches outside of California's capital against Tacoma (2-1) and Portland (1-0). Sacramento has only been able to score multiple goals once out of their first seven games of the season, being shutout in their last two matches.

Second-year head coach Simon Elliott led Sacramento to a 20-win regular season in 2018, before losing in the USL Western Conference Quarterfinals to Swope Park. Republic FC's top scorer is Cameron Iwasa, who is credited for 5 of the team's 8 goals this season. Goalkeeper Josh Cohen leads USL's Western Conference by only conceding 5 goals, having clean sheets in 3 matches. 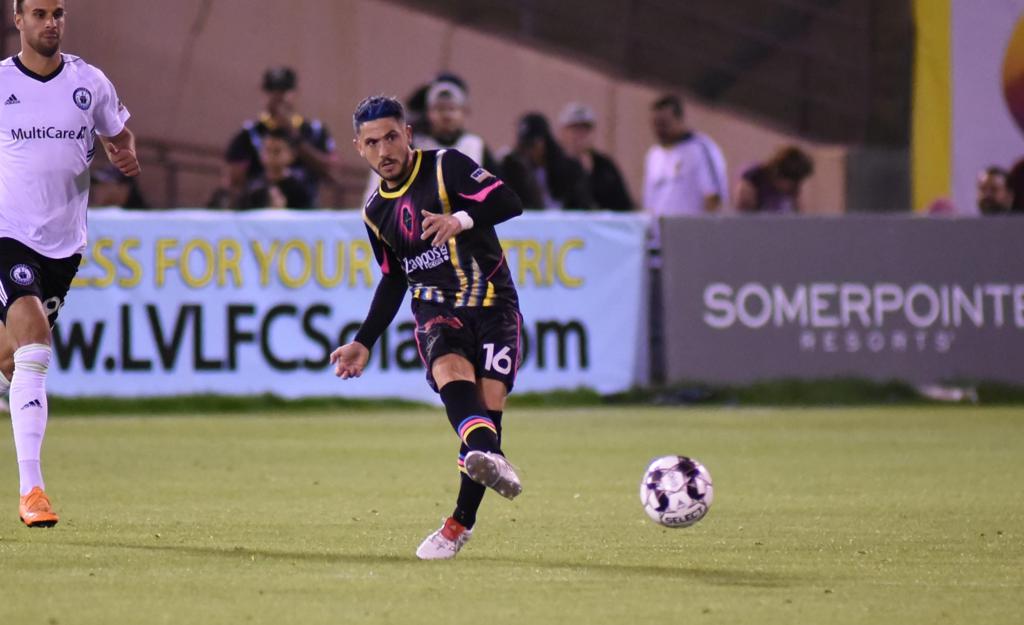 Lights FC's return to Cashman Field means that Argentine midfielder Lucas Scaglia might play the full 90 minutes again, as he hasn't been subbed out in any of the team's first 3 matches at home in 2019. While on the road he hasn't been able to play a ful

By not allowing goals against Austin Bold FC, Real Monarchs SLC, Tacoma Defiance, and L.A. Galaxy II, Lights FC has surpassed in their first eight matches of the 2019 USL Championship season the number of clean sheets the team had in the full 34-game schedule they had in their inaugural year. On their road match against "Los Dos", Lights FC didn't allow a shot on goal.

'TKO' is tied for the USL Championship lead with 4 clean sheets, while having a total of 18 saves. The Bishop Gorman grad has an active streak of 317 minutes without allowing a goal at Cashman Field (going back to Lights FC's home finale in 2018 against Phoenix Rising FC).

Only two of them have been on the pitch for every minute the team has played: Thomas Olsen and Gabe Robinson. Kevin Garcia-Lopez was subbed out due to injury against L.A. Galaxy II, being the first time where he didn't play a full game this season.

Midfielder Junior Sandoval joined Las Vegas after being transferred from Memphis 901 FC, starting to practice with the team on April 16. Since then, he has been a part of Lights FC's starting lineups against RGV FC and LA Galaxy II, playing the full match in both.

Sandoval became the third Honduran in history to play in the Colombian top flight when he was part of Jaguares de Córdoba. He had a stint with 9-time Honduras title holders C.D. Marathón, where he had the opportunity to play in the CONCACAF Champions League against MLS opponent Seattle Sounders.

Offseason surgery for an upper-body injury he played through in the 2018 season forced Ochoa to miss Lights FC's preseason slate of games in 2019 and the beginning of the regular season. But he played for the first time in 6 months on April 13 as he was subbed in against Tacoma in a 5-0 victory. He followed it up by scoring a goal against RGV FC and being a starter versus LA Galaxy II.

Irvin leads USL Championship with 28 shots taken, with 4 of them ending in the back of the net. Parra scored the second hat trick in Lights FC history, by doing so against Tacoma Defiance on April 13, 2019.

In 2017 Parra became the first player in USL Championship history to finish a season with a "double-double", as he scored 11 goals and recorded 10 assists when he split time between Seattle Sounders 2 and Orange County SC.

Lights FC added Santiago Echavarria to the team's roster this week. The 20-year-old forward born in Medellin, Colombia will make his professional debut when he gets his first minutes of action with Las Vegas. Echavarria is a product of the prestigious Academy of Colombia's Atletico Nacional of Medellin, where he played in their youth squads starting with the U-15 team all the way up to U-20. He describes himself as a player who will leave it all on the line, as he's eager to keep growing his career. 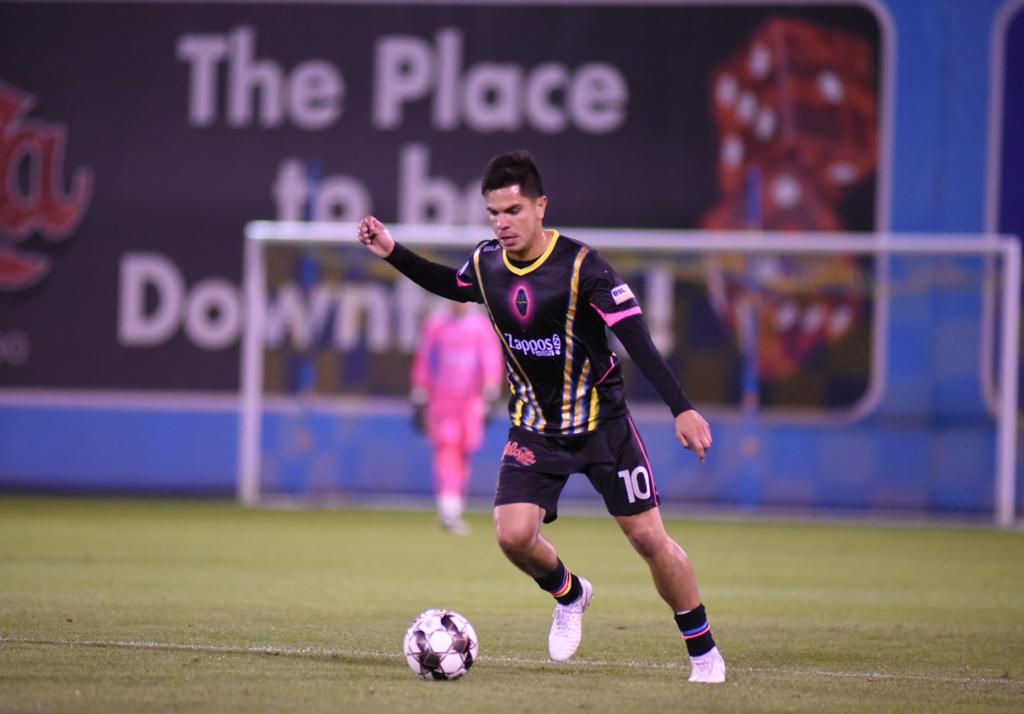 Cristhian "Tripa" Hernandez has been utilized off the bench in the team's last three matches, where he has created a total of 10 offensive opportunities for Lights FC in limited time of play.

HERE IS EVERYTHING ELSE YOU NEED TO KNOW AHEAD OF SATURDAY'S MATCH VS. SACRAMENTO REPUBLIC:

Saturday’s match kicks off at 7:30 p.m., new start time for Lights FC regular season matches in 2019. For on-site ticket purchase at Cashman Field, both the box office and will call open at 2:00 p.m. on gameday. Tickets are available at LightsFC.com/Tix and at every La Bonita Supermarket in Las Vegas.

** In what is now a team tradition, Lights FC will focus the Cinco de Mayo Weekend giveaway with a Lucha Libre theme. Last year fans received a free luchador mask, this Saturday the first 3,000 ticketed fans to enter Cashman Field will receive a luchador wrestler cape courtesy of Jarritos and ESPN Deportes Radio 1460AM.
** Saturday's Zappos Tailgate Party, beginning at 5:30 p.m. in the Cashman Field plaza, will feature beer specials, tailgate games for adults and kids, music, the Zappos llamas Dottie and Dollie, Lights FC merchandise, and much more.
** The party doesn't stop at the end of the action on the pitch. After every Lights FC home match, Two Roots Brewing and Zappos will host the "Happier Hour" post-game party at Cashman Field's Club Level Restaurant. Team players and manager Eric Wynalda will make an appearance at the party that is open to fans of all ages that are in attendance at Cashman Field.

WHERE TO WATCH & LISTEN TO LAS VEGAS LIGHTS FC VS. SACRAMENTO REPUBLIC FC:

Saturday's game (7:30 p.m. kickoff) will be aired locally on MyLVTV with broadcasters Jeff Radcliffe and Lori Lindsey announcing the action.