LIGHTS FC GETS FIRST POINT ON THE ROAD

Las Vegas closes out a stretch of 5 games on the road out of their last 7 matches with a scoreless draw against L.A. Galaxy II; Thomas Olsen gets his fourth clean sheet of the 2019 season, while his teammates out-shot Los Angeles 17 to 5. 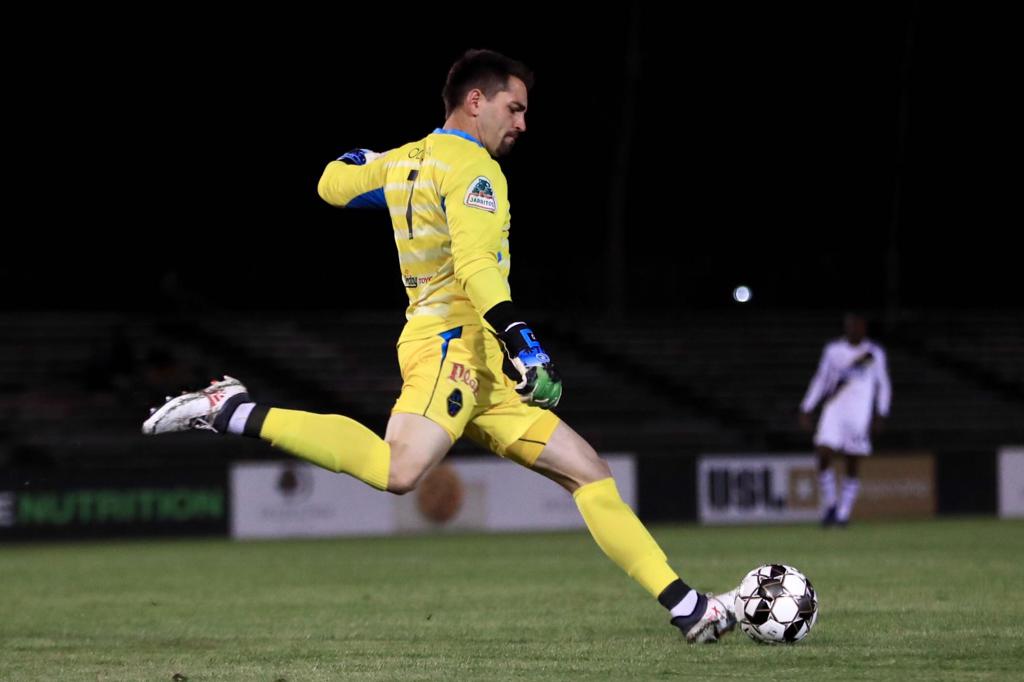 After the scoreless draw against Galaxy II, Thomas Olsen is now tied for the league lead with four clean sheet in the 2019 season.

CARSON, CA - Lights FC won't return home empty-handed after they closed out a 2 game road trip with a scoreless draw against L.A. Galaxy II, in which Las Vegas didn't allow a shot on goal from their opponents and out-shot them in a greater than 3:1 ratio (17 to 5).

"The commitment to the defensive part of the game was clearly there tonight, we did have a couple of hiccups ... but when the opposition at home fails to record a shot on goal, you have to be happy with that," said Lights FC manager Eric Wynalda. "For us, a team that is still always in the double digits for chances created, you're gonna have disappointing nights when you don't find the back of the net, but I'm really proud of the boys for their commitment on the defensive side."

Wynalda showed his coaching aggressiveness by starting off the match with his players pushing the pace of the game onto their opponents box, with Irvin Raul Parra and Pablo Cruz powering menacing shots that forced 'Los Dos' goalkeeper Justin vom Steeg to come up with great saves to avoid the ball going into the back of the net.

Unfortunately for Lights FC, the gameplan had to be adjusted in the 35th minute with right-back Kevin Garcia Lopez suffering an injury that forced him to leave the match. Cristhian 'Tripa' Hernandez was subbed in, having midfielder Mobi Fehr cover the spot left by Garcia Lopez in the Las Vegas defensive line.

In the first half, Lights FC was the only team to make the opposing goalkeeper work, and that continued when 10 seconds into the second half a great cross from Christian Torres caught Galaxy II's defense off guard and almost found a streaking Sammy Ochoa before vom Steeg went off his line to intercept the ball.

Unfortunately for Las Vegas, the injury suffered by Garcia Lopez wasn't the only one that forced a substitution in the game. Left-back Christian Torres had to leave the pitch in the 55th minute, with manager Eric Wynalda having to use his third sub of the game by bringing in Tabort Etaka Preston. At halftime, Panzani Sousa replaced Lucas Scaglia, who had been booked with a yellow card in the first half.

"We had to change our plan several times, and that's the reason why I'm so proud of them tonight," stated Wynalda. "We always knew that there was going to be the possibility of having to change on the fly the way that we did tonight. But for our guys to come in and understand their roles the way they did, that was really encouraging for me."

'Ferrety' Sousa ended up covering the left-back position that was left by the injured Torres. While Preston, a natural forward, was the team's right-back for the final 35 minutes of the match. Neither of them missed a beat and that left coach Wynalda very satisfied with their performances. "I'm really proud of both of those guys. It's never easy to make two changes at halftime, to make as many adjustments as we made through the game and still come away with a zero in the back. It's more of a compliment on the players than anything else." 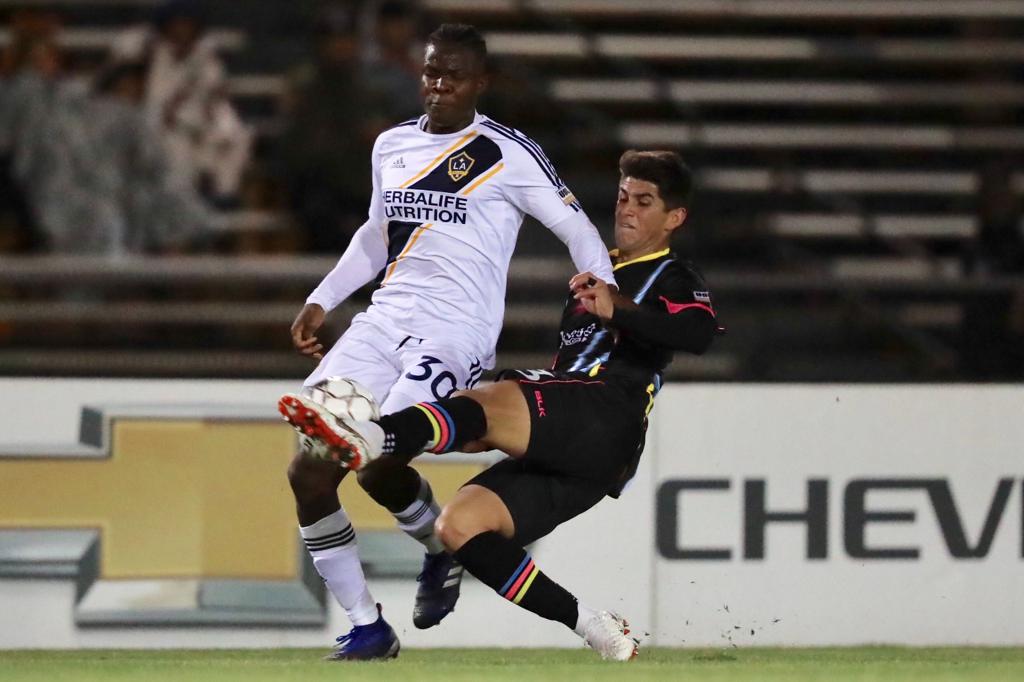 Christian Torres was forced to leave Monday's game against Los Angeles due to an injury, his spot on the field was covered by Panzani Sousa who was praised by Eric Wynalda for his performance.

After only playing in Las Vegas once during the month of April, Lights FC will have 4 matches at Cashman Field in May. The action returns to Downtown Las Vegas this Saturday, May 4 as Lights FC hosts

With the scoreless tie, Las Vegas now has 4 clean sheets this season, surpassing the 3 that the team had in 34 games of the 2018 season. Thomas Olsen is now tied for the league-lead of games without allowing their opponents to score.

With Armel-Don Tchilao being sent off for a second yellow card in the final stretch of the game, Las Vegas played with a man up against Galaxy II and closed the game trying to finally open the score, but close opportunities weren't good enough, despite out-shooting their ninth straight opponent in USL Championship action this year.Sacramento Republic with kick off scheduled for 7:30 p.m. The first 3,000 fans in attendance will receive a free Luchador Wrestling cape to celebrate of Cinco de Mayo weekend.

Tickets for this game and all Lights FC 2019 regular season home matches can be purchased at LightsFC.com/Tix or at any La Bonita Supermarket in Las Vegas.