Las Vegas contines to battle difficultness of playing away from home, look to rebound when they visit LA Galaxy 2 on 4/29 before returning to Cashman Field and defend their undefeated record at home on 5/4.

Edinburg, TX - Eric Wynalda wanted his team to not chase the game by scoring before his opponent for the first time on the road in 2019, but they weren't able to do so and a comeback wasn't possible after having a three-goal deficit for the first time this season in what ended up being a 5-2 defeat against RGV FC Toros.

An early penalty kick was called on Las Vegas when Lucas Scaglia was ruled to have committed a hand ball inside the box, a golden opportunity that the Toros capitalized with Wilmer Cabrera cashing in on the 15th minute.

Only 4 minutes later, Maalique Foster served a pass in between two defenders to find a streaking Isidro Martinez that put the ball in the back of the net to extend RGV's lead.

Unfortunately for Lights FC, the best opportunity on cutting their deficit in the first half wasn't meant to be. Irvin Parra delivered a cross that ended at the top of the 6-yard box, but Tabort Etaka Preston wasn't able to connect it cleanly and it ended up going wide left.

"Our defensive woes continue on the road," stated Lights FC manager Eric Wynalda. "We gifted them a good start, we had to chase the game again." 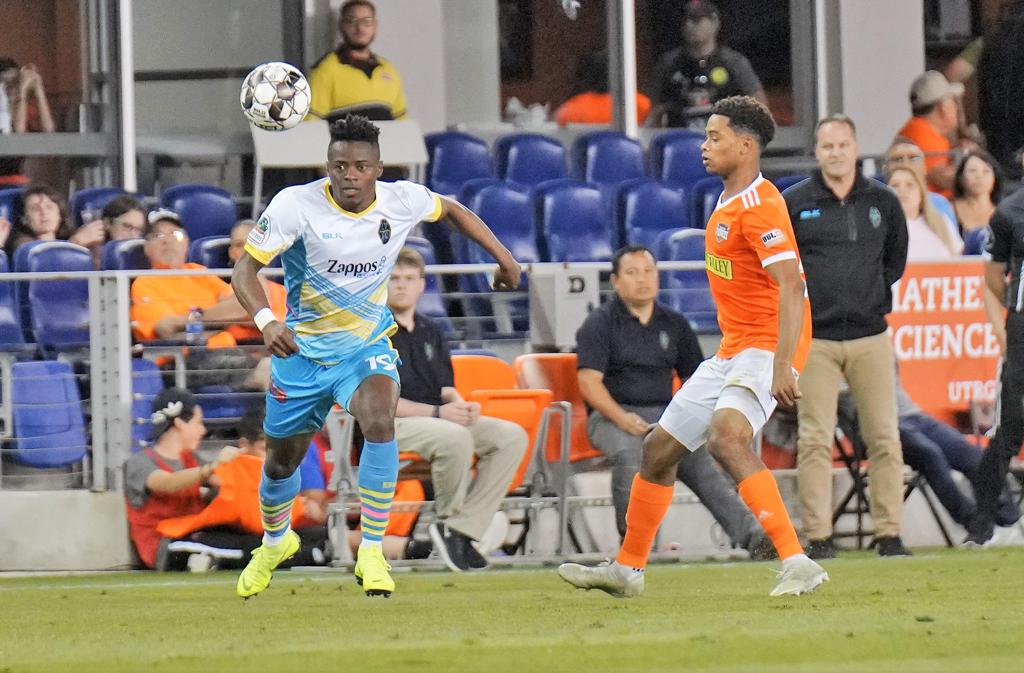 Las Vegas out-shot RGV FC 20 to 8, with 4 of them coming from Tabort Etaka Preston.

With a two-goal lead, RGV FC surprisingly kicked off the second half with an intensity that caught Las Vegas off guard. With two defenders on top of him, Jesus Enriquez passed the ball to a wide open Miguel Salazar who fired a powerful shot that deflected off of Christian Torres towards Gabe Robinson, who couldn't clear the chance and finished with the ball in the back of the net with an own goal.

“The opening minute in the second half was one of the most embarrassing moments we’ve had, it was a combination of lack of discipline, lack of concentration and bad luck," stated Wynalda.

Trailing by 3 goals for the first time in the USL Championship season, Eric Wynalda immediately made substitutions focused on helping his offense to create more opportunities by sending Cristhian Hernandez and Pablo Cruz onto the field.

Lights FC put their first goal on the board with a long throw-in by Gabe Robinson that Christian Torres knocked inside the box, getting Las Vegas within 2 goals 25 minutes before the end of regulation.

Las Vegas pushed the tempo, forcing RGV onto their half of the field by firing a season-high 20 shots. But bringing forward most of its pieces left open spaces on their back line, which the Toros took advantage of with counterattacks that Maalique Foster and Carlos Smalls capitalized on to put RGV FC ahead 5-1.

For the second match in a row after recovering from an upper body injury that required offseason surgery, Sammy Ochoa was used as a substitute and this time he made the most out of his time on the pitch by heading home a free kick by "Tripa" Hernandez to close the score at 5-2. 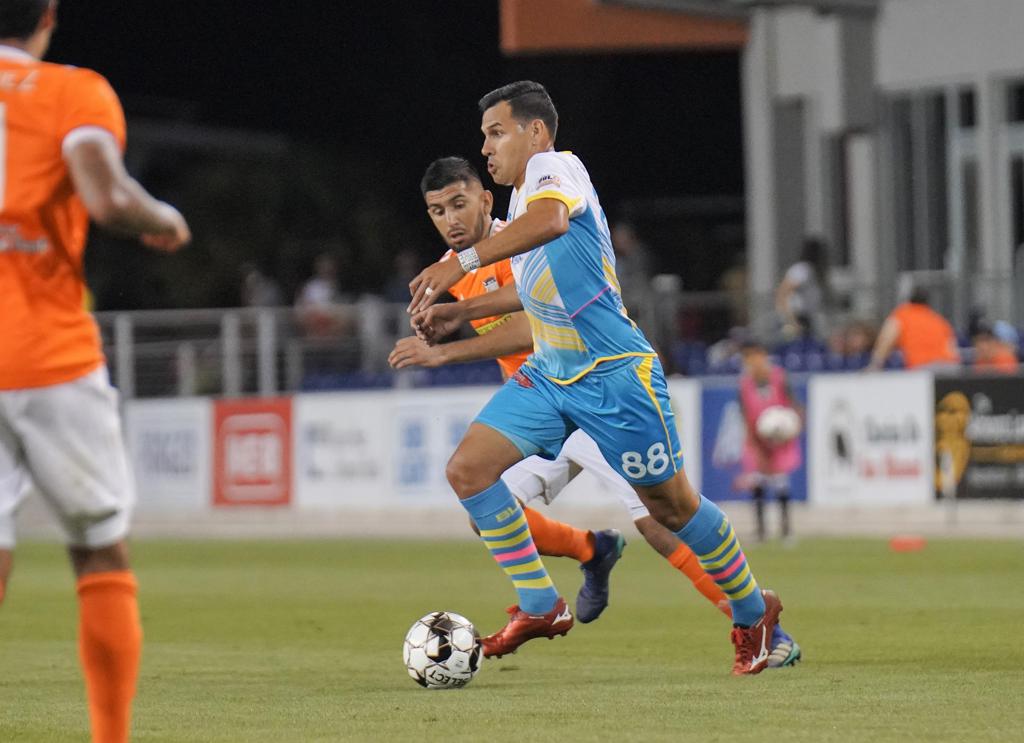 Junior Sandoval made his debut with Lights FC by being a part of the team's Starting XI and playing the full 90 minutes.

Wynalda's squad was superior in the stat sheet by outshooting RGV FC 20 to 8, doubling the Toros on shots on target by 8 to 4 and by dominating the possession of the ball with 63.7%. But at the end of the day, the scoreboard is what matters. “It’s very difficult to get scored on five times with the opposition having 4 shots on goal and one of them was a penalty kick,” said Eric Wynalda. "All things included, it wasn’t our night. But the reality is that it wasn’t good enough.”

This match started a two-game road trip for Lights FC, who will have 9 days to prepare for their next match on Monday, April 29 when they visit LA Galaxy 2 in Carson, California.

Las Vegas returns to Cashman Field on Saturday, May 4 when they host Sacramento Republic at 7:30 p.m. on "Cinco de Mayo Capes Night". Last season Lights FC gave away free Luchador wrestling masks in celebration of Cinco de Mayo. In what is now a club tradition that Lights FC will continue, now the team will give away to fans in attendance on May 4 a free Luchador wrestling cape. Tickets for this game and all Lights FC 2019 regular season home matches can be purchased at LightsFC.com/Tix or at any La Bonita Supermarket in Las Vegas.