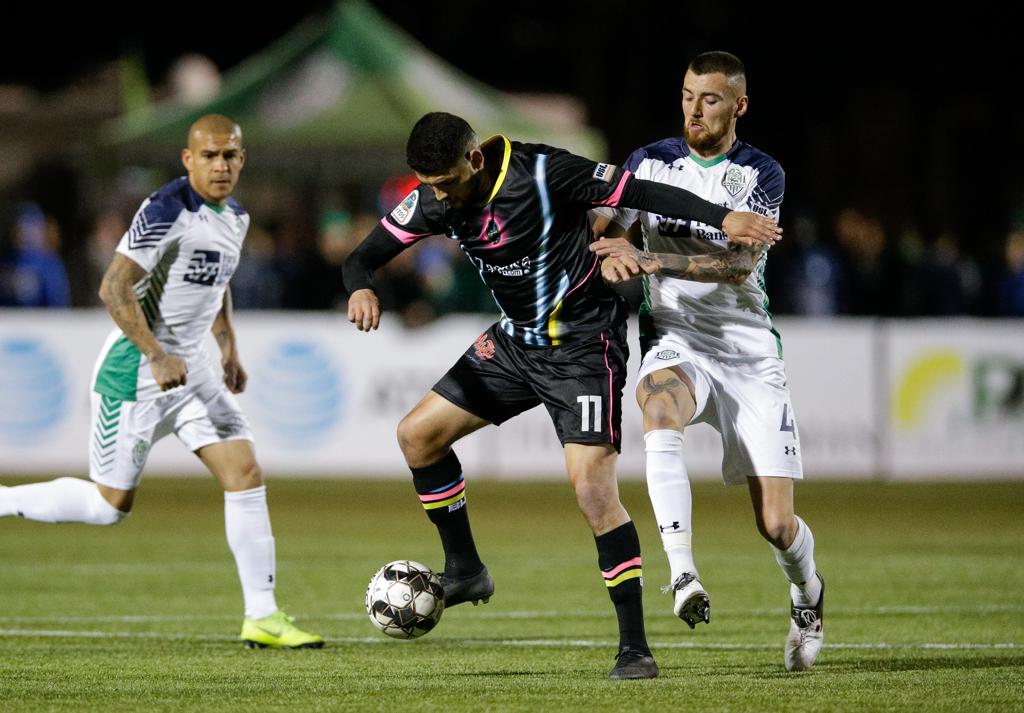 Lights FC won the possession battle & out shot OKC 15 to 8.

OKLAHOMA CITY, OK - For the second match in a row Lights FC was the team that proposed the action on the field, attempted more shots and had more possession of the ball than their opponent, unfortunately being superior on the statsheet didn't reflect on the scoreboard as Las Vegas suffered their first defeat of 2019 by a score of 2-1 against OKC Energy FC.

"We're very disappointed with the result, but not with the effort. This one is on me", said Lights FC manager Eric Wynalda, who took his first loss coaching Las Vegas after going undefeated in preseason action and kicking off USL Championship action with a draw.

This was the first test on the road for "Lights 2.0", but it was also a challenge they had to take while being down on the score early in the game, with Energy FC getting the first goal of the game in the 13th minute as a fast-developing play ended with Alexy Bosetti heading the ball to Deshorn Brown who put it in the back of the net.

OKC had limited opportunities, as Las Vegas was the team that pushed the ball onto their opponents' side of the field. The reward to that style of play arrived in the second half when Lights FC executed one of their corner kick plays to perfection, with Javan Torre running from the penalty kick spot to the top of the 6-yard box and hammering the ball with a header to the top of the near post, scoring his team's first regular season goal of 2019 to level the match 13 minutes after the beginning of the second half.

Las Vegas didn't feel like settling for the draw and kept going forward trying to get the win, Irvin Parra had a shot from outside the box in the 60th minute which goalkeeper Cody Laurendi had to extend himself to his bottom right corner to avoid another goal.

Lights FC goalkeeper Thomas Olsen also had his opportunity to shine. One of his 4 saves arrived with an Energy FC breakaway from Aaron Gordon that served the ball to Alexy Bosetti, who had a one-on-one opportunity against Olsen in a battle that the Vegas native won by maintaining his composure in the 6-yard box.

That was the last play for the Frenchmen Bosetti, being subbed out of the match for Canadian midfielder Marco Buston who ended up being a key component to Oklahoma City's game winning play with the first time he touched the ball. After a 20 yard sprint he served the ball to Cordell Cato who assisted Omar Gordon whose low shot went inches to the right of Olsen's cleats and into the goal to hand Las Vegas the defeat.

"A lot of good signs, a lot of positives to take out", stated Eric Wynalda. "Without being condescending, I don't think Oklahoma played a lot of soccer tonight. We got beat, we'll take our hats off to them and we'll see you next time when we play in Vegas". Lights FC out shot OKC 15 to 8 and had possession of the ball during 55.5% of the game. 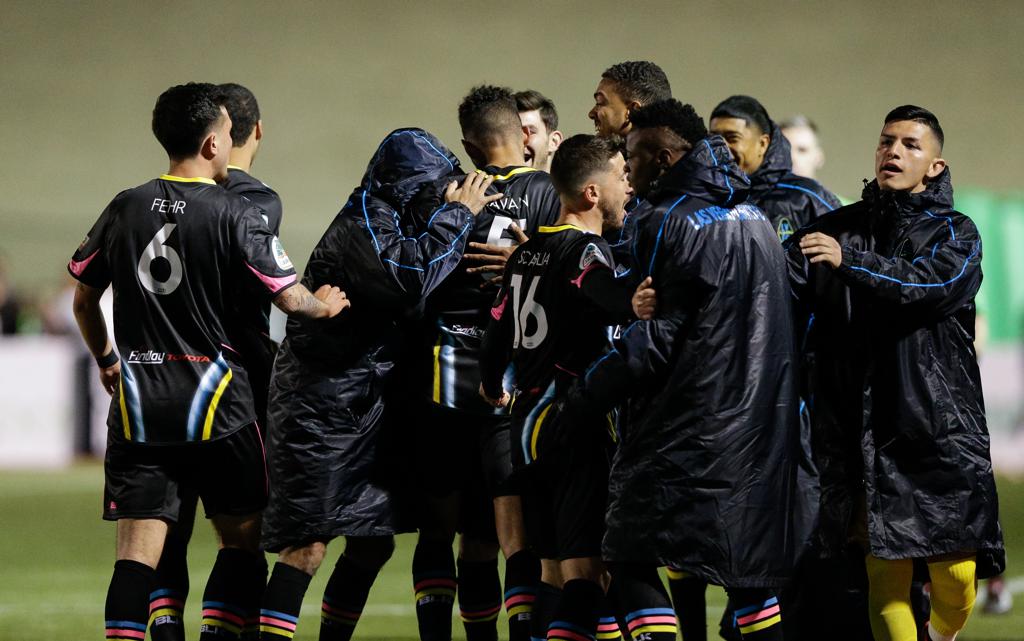 Javan Torre scored Lights FC's first regular season goal of 2019 with a header in the 58th minute of play against Energy FC.

"As the level goes up, my team plays better. We're still learning, we're still adjusting", said Wynalda who must do quick adjustments as Las Vegas will play their second straight road game by traveling to the Pacific Northwest and take on Timbers 2 on Saturday, March 23 at 7:00 p.m.  This will mark Portland's home opener after getting a 1-1 tie at Tulsa and defeating San Antonio FC 3-1.

Lights FC returns to Cashman Field on Saturday, March 30 when they host Real Monarchs SLC at 7:30 p.m. on "Salute to Golden Knights Night", with the team wearing commemorative VGK inspired jerseys. Tickets for this game and all Lights FC 2019 regular season home matches can be purchased at LightsFC.com/Tix or at any La Bonita Supermarket in Las Vegas.